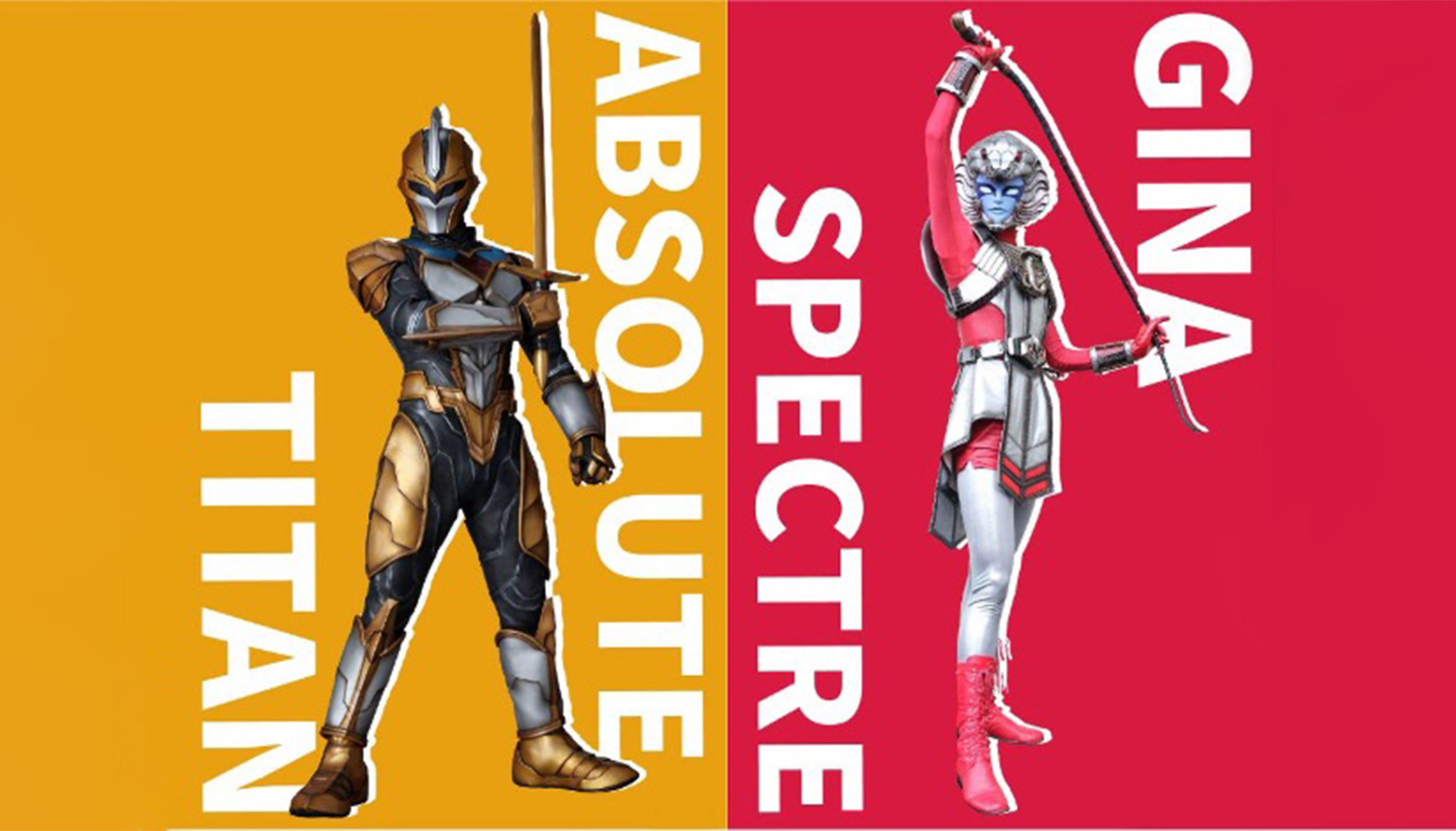 Also announced at the event, Gina Spectre, leader of the Gua Army, and only sister of the Gua Trio, will also join the fight! She recently appeared live on stage in 6 Ultra Brothers THE LIVE: Ultraman Vol.2, which ran at the Hakuhinkan Theatre in Ginza, Tokyo, November 12th-14th.

In Absolute Conspiracy, villain Absolute Tartarus used his power to traverse time and space to collect some of the most vicious Kaiju in history to engage the Ultras in a battle across the cosmos. Since the finale of that series, we were introduced to Absolute Diavolo (first glimpsed in Ultraman Connection Live: Ultraman Official YouTube Special) and more recently, Diavolo and Tartarus battled Ultraman Trigger and Ultraman Ribut on the Ultraman Trigger series. Finally, at the conclusion of Ultraman Connection Live Featuring Dyna & Gaia, we glimpsed what appeared to be Ultraman Regulos somehow trapped in deep space by the Absolutians! So, The Destined Crossroads is shaping up to be a major turning point in the history of Ultraman.

• A cold-hearted assassin who slices through opponents with a razor-sharp sword and blades on both arms. He respects and acknowledges true strength, even in his enemies which often puts him at odds with fellow Absolutian, Diavolo.

Hello! My name is Hiroki Yasumoto, and I will be playing the voice of Absolute Titan.

I have a very deep connection with the Ultraman series, and I’m thrilled to be a part of this new chapter. Now, just who is this Absolute Titan? I’m really excited for everyone to watch and find out. My personal thoughts on the character are that he is a rational soldier, or so it would seem. I will do my best to make him shine on screen – even brighter than his golden armor. I hope you enjoy the character and the show.

·        One of the three GuaCommanders plotting to rule the entire universe.

·        Brought back to play apart in Absolute Tartarus’ conspiracy.

·        Cold-hearted and cruel,she uses a snake-shaped electromagnetic whip to punish her enemies. However,she has a deep love for her older brother, Mold, and her younger brother, Juda,and seeks a great power in order to revive them.

I’m Ayaka Nanase and I play the voice of Gina Spectre. It is a tremendous honor to be a part of the thrilling fight scenes of the Ultra Galaxy Fight series! I play a villain, it’s true, but she cares deeply for her siblings. I hope you will feel the passion and intensity of the character.

Ultra Galaxy Fight: The Destined Crossroads is scheduled for release sometime in 2022. Developments are flying in fast and furious so stay tuned to Ultraman Connection for all the news!