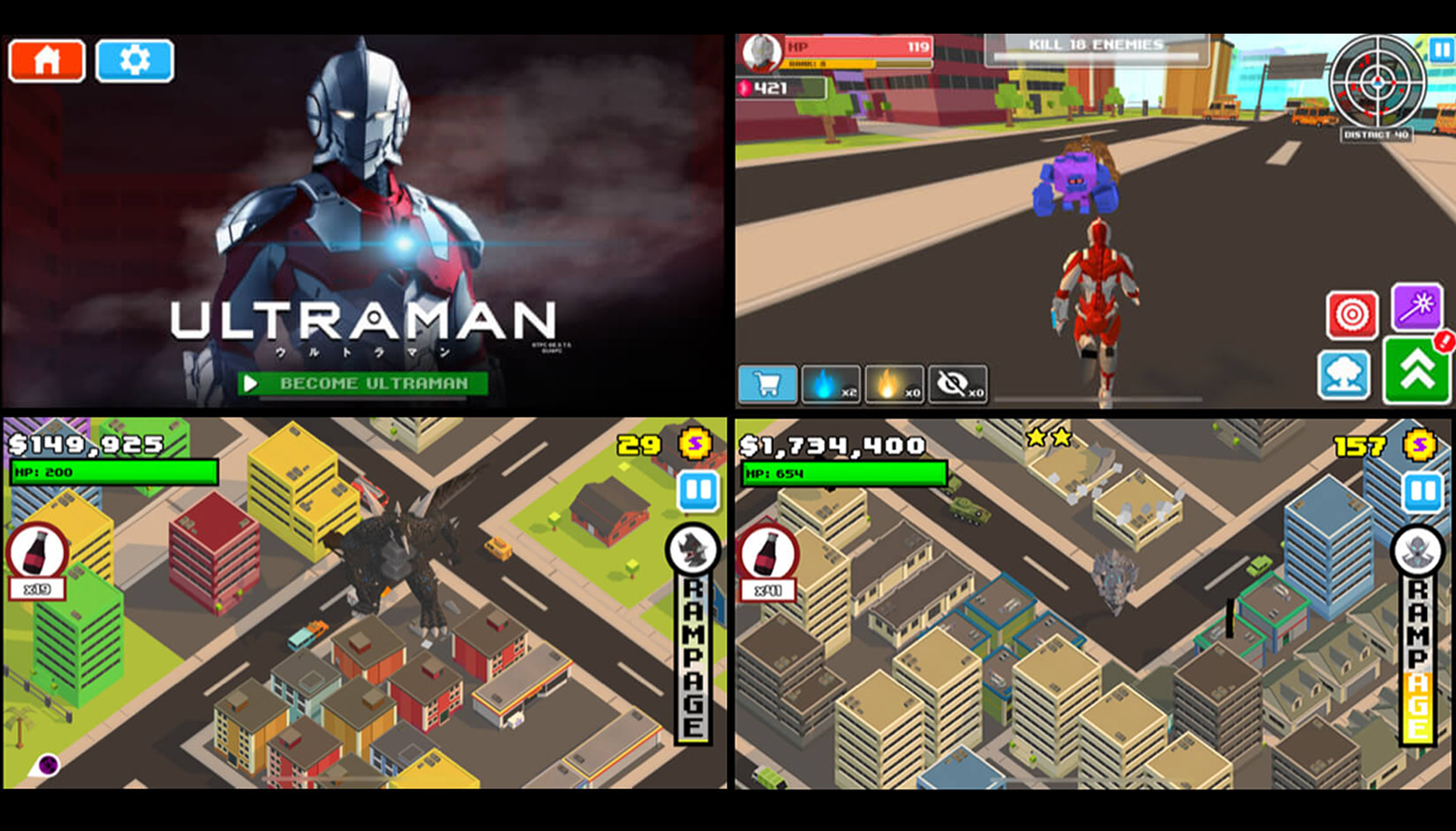 Now, he who has inherited the power of the hero of light has arrived to battle the destructive hordes: it’s Japan’s greatest defender, Ultraman! He has arrived on the super popular Smashy City game as Smashy City: Ultraman, based on the characters in the Anime Ultraman series on Netflix.

AceViral’s Smashy City has been a fixture of the mobile game genre since 2016, with hundreds of thousands of 5-star ratings across the Android and Apple Stores. Players have demolished billions of buildings with dozens of monsters, causing untold damage in the name of a good time. With so many beasties running about causing havoc, isn’t it time for somebody to do something about them?

And now they can with the power of one of Earth’s greatest heroes!

Players assume the role of Shinjiro Hayata, the teenaged star of Anime ULTRAMAN who dons his hyper-advanced armor to protect the Earth from those who would destroy it. Shinjiro, son of Shin Hayata Ultraman’s human host, is now Ultraman. He has been given the mission of saving the city by taking out endless waves of the biggest and baddest of Kaiju with dozens of signature attacks.

The Smashy City rogue’s gallery of monsters will now include some of Ultraman’s signature nemeses! The mysterious Bemular! The mad Adacic! The brutish Black King! These will be some tough fights! These three bonus characters (plus Ultraman) are only available through Smashy City: Ultraman.

Playing through the game mode and defeating Ultraman’s foes will unlock them as playable monsters in the original game. Richly animated with tons of flashy and fun signature attacks, the Ultraman Kaiju are some of the coolest and strongest characters in the game.

Smashy City: Ultraman is a $9.99 downloadable add-on for the original Smashy City app, which is free on the Apple App Store and the Google Play store: