1,500 Lucky Fans Will Experience an Unparalleled Advanced Screening of the Kaiju Film Before the Nationwide Fathom Events Theatrical Release

Dallas/Fort Worth, TX (November 23, 2022) --  Anime Frontier Powered By Crunchyroll, in partnership with Tsuburaya Productions and Fathom Events, will host a special screening of the new feature film SHIN ULTRAMAN. The globally anticipated film follows the internationally acclaimed SHIN GODZILLA (2016). North Texas fans will receive a front-row seat to view the rebirth of beloved Japanese character Ultraman during a special screening at Anime Frontier in the Fort Worth Convention Center’s 1,500-seat Main Stage at 1:00 pm on Sunday, Dec 4; general seating will be first come, first served with Anime Frontier 3-Day or Sunday admission. Limited Reserved seats will be given away by Anime Frontier, Ultraman Connection, and Fathom Events.

The second annual Anime Frontier, December 2-4, 2022, in the Fort Worth Convention Center, will boast extraordinary experiences and unprecedented access to some of the Japanese entertainment industry's biggest creators and most recognizable talent, including a kickoff concert from Japanese rock band FLOW, known for performing the themes to Naruto, Boruto, and Code Geass; the lead cast from this year’s hottest anime, Chainsaw Man; and major exhibits from Japanese toy and entertainment companies.

Anime Frontier’s Special Screening of SHIN ULTRAMAN is in celebration of the movie’s upcoming nationwide release. Tsubaraya Productions in partnership with Fathom Events will host a nationwide presentation of SHIN ULTRAMAN on January 11 and 12, 2023 (available in both subtitled and dubbed versions; tickets on sale December 9, 2022).

Released in Japan in May 2022, SHIN ULTRAMAN was met with great critical and fan praise, finding popularity across Japan and throughout East Asia – becoming a sensation on the film festival circuit throughout the world, screening at such prestigious fests as Fantasia Fest, Fantastic Fest, San Sebastian, and Sitges plus nearly a dozen more. Currently, SHIN ULTRAMAN carries an amazing 100% Rotten Tomatoes score and an even more astounding 83% audience rating.

When the official announcement of the film took place, Director Shinji Higuchi stated, “I was handed a new baton, but it was really the same baton that had existed since before my time. It is my duty to keep this tradition alive, created and cultivated by my predecessors, and make sure it is passed on to generations to come.”

Ultraman is an iconic pop culture character first seen on the Japanese small screen in 1966. Since its initial broadcast, the series and character have been beloved for generations gaining popularity in more than 100 countries and regions across the globe. SHIN ULTRAMAN is helmed by noted director Shinji Higuchi and written, co-produced, and co-edited by Hideaki Anno, the legendary creator of NEON GENESIS EVANGELION. These creators are once again working together after the great success of 2016’s SHIN GODZILLA, which reimagined the classic Kaiju character (Japanese genre of films and television featuring giant monsters). SHIN GODZILLA grossed $78 million worldwide and was the highest-grossing live-action Japanese film of 2016, becoming the highest-grossing Japanese-produced Godzilla film in the franchise.

When asked about the special screening experience, Anime Frontier Show Director Peter Tatara said, "SHIN ULTRAMAN is a return to the BIG screen for a classic hero for generations of fervent fans and is a fantastic introduction to those just discovering the franchise. We are beyond excited to host this incredible opportunity for our Anime Frontier family – giving them the chance to see this iconic character on the big screen before it hits theaters nationwide. This screening falls in line with our promise to grant our fans truly special experiences hardly seen in North Texas. As we continue our growth we will persist in  delivering this promise now and for many more years to come."

Press looking for reserved seats to the special screening of SHIN ULTRAMAN should contact Ivy@hollandcollective.co. 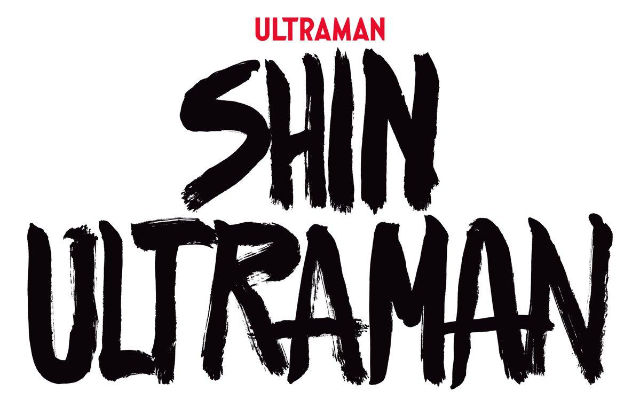 Set in modern Japan, this moving and entertaining film offers an exciting revisiting of the fundamental ideas and concepts of the original Ultraman, depicting a modern world where human eyes witness Ultraman for the first time.

There’s never a dull day on Japan's newly established SSSP Kaiju defense taskforce, led by Kimio Tamura, played by DRIVE MY CAR’s Hidetoshi Nishijima. After a particularly challenging encounter, a silver giant descends from the sky to rescue the planet. Dubbed Ultraman, this giant’s identity and purpose are a mystery. SHIN ULTRAMAN is an epic reimagining of one of Japan’s classic superheroes, full of cosmic twists, charismatic villains, and giant Kaiju.

All Anime Frontier participants who are 6 years old or older must show a negative COVID-19 test result to attend. Attendees vaccinated may show proof of COVID-19 vaccination instead of proof of a negative test. However, vaccination is not required to attend the event. Mouth coverings must be worn by all attendees 2 years old or older when inside Anime Frontier’s exhibition halls and panel rooms. For more information visit: https://animefrontier.com/coronavirus/

All Tickets Available at: animefrontier.com/tickets/

ABOUT ANIME FRONTIER POWERED BY CRUNCHYROLL

Set in Fort Worth, TX, a city that blends cosmopolitan energy and cowboy culture, Anime Frontier Powered By Crunchyroll brings together the best of the U.S. and Japan for a showcase of what’s next in Japanese entertainment. Featuring some of the biggest guests in anime and manga and leading publishers in rare appearances in Texas, Anime Frontier is three days of exciting exhibits, exclusive premieres, and show-stopping special events. Join us for a convention unlike any other in Texas! For more, visit animefrontier.com.

Crunchyroll connects anime and manga fans across 200+ countries and territories with the content and experiences they love. In addition to free ad-supported and subscription premium content, Crunchyroll serves the anime community across events, theatrical, games, consumer products, collectibles and manga publishing. Anime fans have access to one of the largest collections of licensed anime through Crunchyroll and translated in multiple languages for viewers worldwide. Viewers can also access simulcasts — top series available immediately after Japanese broadcast. The Crunchyroll app is available on over 15 platforms, including all gaming consoles. Crunchyroll, LLC is an independently operated joint venture between US-based Sony Pictures Entertainment, and Japan's Aniplex, a subsidiary of Sony Music Entertainment (Japan) Inc., both subsidiaries of Tokyo-based Sony Group. 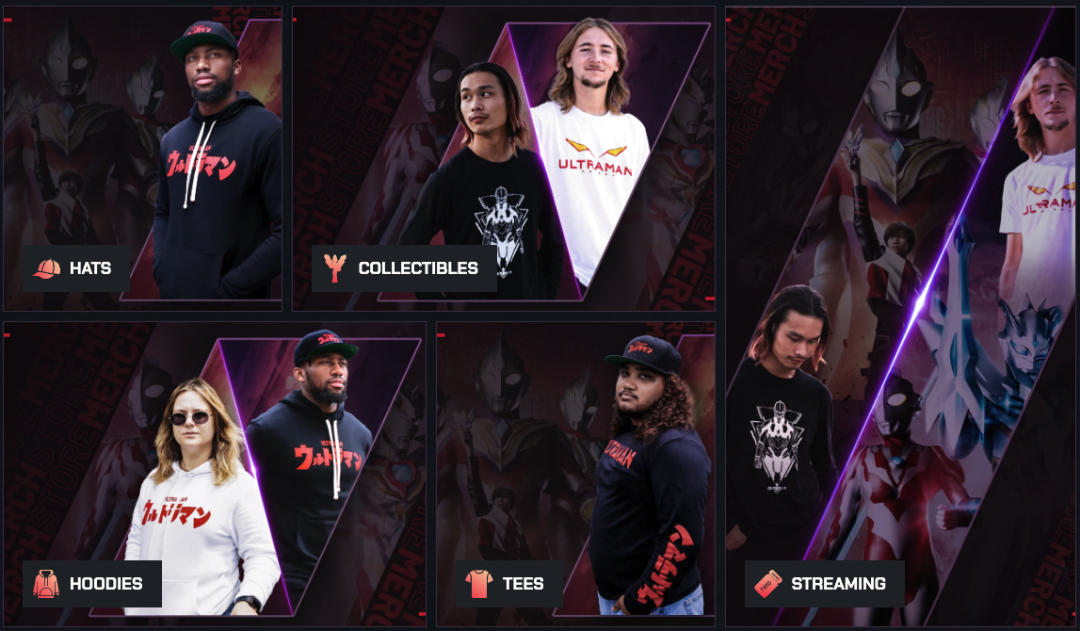 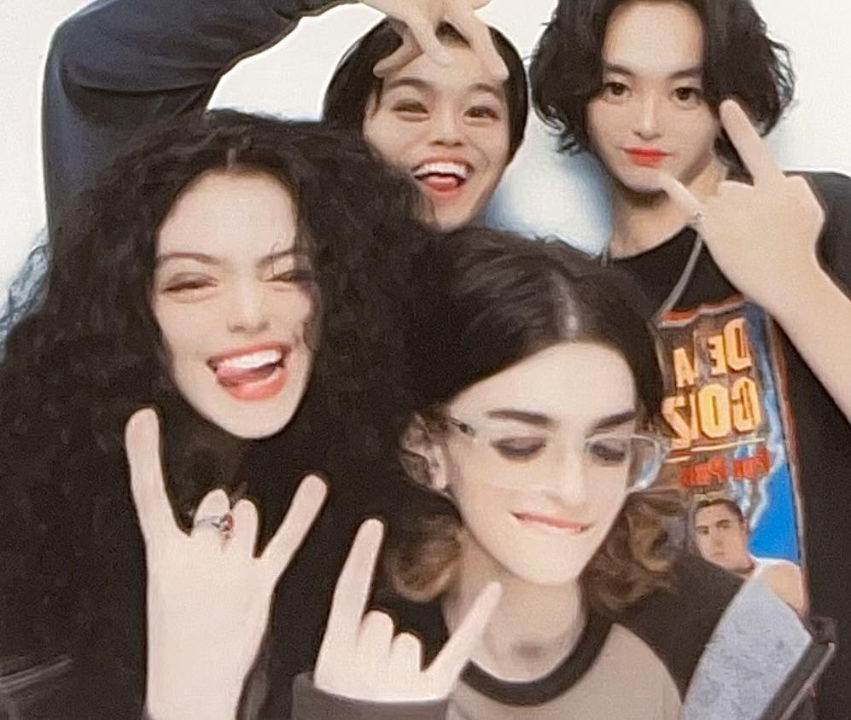