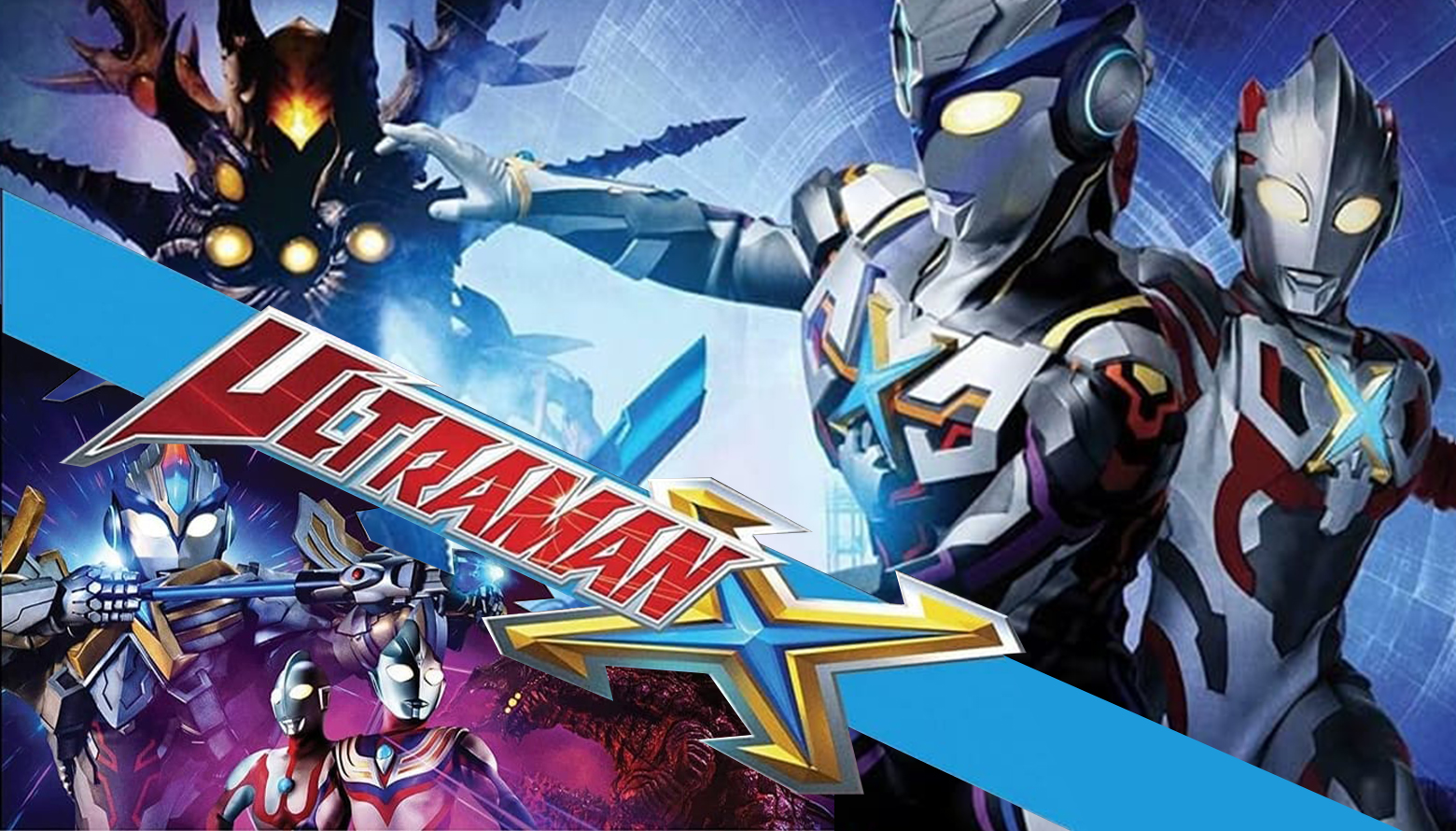 Mill Creek Entertainment has further expanded its series of Ultraman media with the Blu-ray/DVD release of Ultraman X: The Complete Series + Movie!

Originally airing in Japan in 2015, after the success of Ultraman Ginga S, Ultraman X aimed to create a new story evocative of the best of the franchise’s classic era while embracing new techniques and looks that would become hallmarks of the New Generation series. Daichi Oozora is a monster-loving member of Xio (Xeno invasion outcutters), a group attempting to safeguard the human race from emerging Kaiju. A near-death experience brings him into contact with Ultraman X, who “Unites” with him to rise and defeat threats to the Earth, using his ability to capture monsters via the amazing Spark Dolls: small, action-figure-sized miniatures that are capable of containing the essence of the aliens, monsters, and heroes they represented.

These strange devices were invigorated by the Ultra Flare, a violent upheaval of the sun a decade and a half prior to the action of the series. The event had awakened monsters all over the world from the Spark Dolls, which held these beings in stasis. Now Daichi must uncover the mystery of the Flares and use the power of these devices if he is to save the planet!

Ultraman X, in contrast to other New Generation series, eschewed a specific, ongoing narrative in favor of episodic adventures with light serialization. These include some fan favorite episodes that are still talked about to this day, highly reminiscent of the best of Classic Ultraman:

These and many more are among the best science fiction tales of the series, showcasing the storytelling potential of the franchise.

In addition, the show is perhaps best known for its strong crossover stories with previous Ultra Heroes. Ultraman X would come to fight alongside a diverse crew of senior warriors, including Ultraman Zero, Ultraman Max (who celebrated his 10th anniversary at the time, and his 15th this year), and Ultraman Nexus.

Ultraman X: The Complete Series + Movie is a dynamite production from Mill Creek, featuring 22 fantastic episodes across five discs. It also includes the English-language home media premiere of Ultraman X the Movie: Here He Comes! Our Ultraman on a sixth disc, in which Ultraman X teams up with the heroes of the past (inclulding Ultraman Tiga and the original Ultraman) in order to stop an ancient evil from destroying Earth!

Each set also comes with a ten-page booklet featuring Ultraman X, his various powers, the Ultras he fought alongside, and synopses of each episode and the movie. In addition, the movie comes in Japanese with English subtitles as well as the theatrical English dub, originally available during a special double-feature in American theatres.

Ultraman X: The Complete Series + Movie is only one of many Ultraman releases, with more to come. Look forward to more New Generation entries, as well as Classic Ultraman stories, from Mill Creek Entertainment and Tsuburaya Productions.