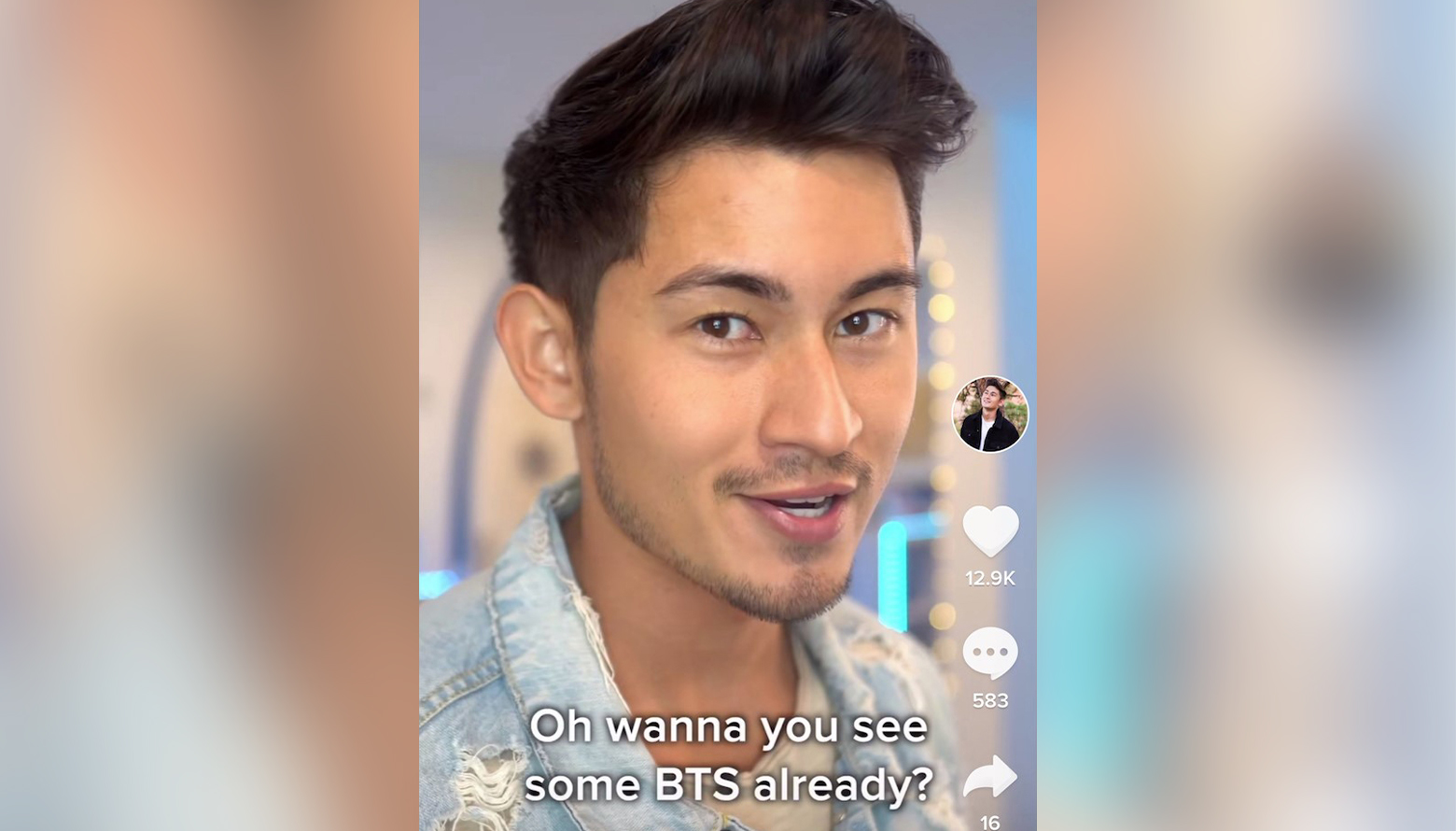 If you’re new here to Ultraman Connection this week, there’s a good chance you’ve been directed here by our favorite TikTok influencer, Ian Boggs. If this is the first time you’ve heard of Ultraman, never fear, we will explain everything! As a Boggs fan, you already know all about Ian, but for those of you who are Ultraman Connection regulars, first let’s fill you in: Ian Boggs is a 23-year-old Japanese American content creator who specializes in using visual effects and self-written scripts to make skit and POV videos. He’s extremely imaginative with 17 different ongoing TikTok series on his channel with subjects including comedy skits, dancing videos, anime, Marvel, cosplay and more. As of right now, Boggs has amassed 10.2 million followers on TikTok, 3.9 million on YouTube, and 870,000 on Instagram. He’s loved because he’s warm, friendly, wildly imaginative, and he lives by a philosophy of optimism and proactivity. Ian is also a big Ultraman fan! The Ultraman Series of television shows and movies entered their 55th year in 2021. Recently, the creators of the Ultraman franchise teamed with The Licensing Group, Starlight Runner Entertainment, and Iceberg Theory to reintroduce Ultraman to the world. There is now Anime ULTRAMAN on Netflix, a Marvel Comics series, and of course Ultraman Connection, which has been streaming monthly live events to a growing legion of international fans. You can learn even more about Ultraman here. Because of his love of Ultraman and all things Japanese pop culture, Ian was invited to join forces with Iceberg Theory to create a short film that would serve as a stinger at the end of the Ultraman Connection Live: Holiday Special, which streamed in December. Ian was flown to Iceberg Theory hometown of Columbus, Ohio. The sequence was shot in and around the famous old school alternative rock radio station CD 92.9 FM. In the short, Ian’s disc jockey Dan Hayashi expresses some of his own positive philosophy, which happens to echo the wisdom of the Ultras, in his talks with the callers. In the Holiday Special livestream, we were introduced to a universe where an interstellar battle between a race of benevolent guardians from the M78 Nebula called Ultras were being attacked by powerful and malignant aliens called Absolutians. Earth’s investigative space force, called the UCL, had discovered a strange alien space platform near Mars called Narak Tower. The tower was jamming galactic communications, preventing the Ultras from locating the Absolutian home world. The UCL realized that the tower belonged to the Absolutians and destroyed it.  At the end of the Holiday Special, the scene switches to Ian Boggs as host Dan Hayashi of Bluesphere Radio. A caller to his show mentions a “strange glow across the night sky.” Hayashi’s studio is suddenly buffeted by weird energies, and on his screens, we see strange symbols. Fans of the Ultraman franchise immediately recognized these as Ultra Signs, the language of the Ultras. Hayashi leaves the radio station, only to see an incredible electromagnetic phenomenon across the sky. It seems the Ultras have realized that the UCL was successful, enabling them to freely communicate across the universe once more. This is their “thank you!” With Hayashi as a witness, Earth has made first contact with the Ultras! Iceberg Theory loved having Ian in town and hopes to work with him again! Now, Ian has decided to post the short, which is why many of you are here! The short was announced on his TikTok account on Saturday, February 6, and got over 125,000views within 24 hours. The actual short, and some cool behind-the-scenes footage, were posted to YouTube where got another 280,000 views at the same time. You can see it here: The results have been amazing! Thousands of you then came to Ultraman Connection to see what all the excitement is about! If you like what you see, feel free to go to the OPERATIONS ROOM (upper right-hand corner of the front page of the site)and CREATE AN ACCOUNT for access to cool Ultraman content in the EXCLUSIVEVIDEOS section, awesome merch, and offers to see upcoming livestream events and movies. Like many of you, I personally am an Ultraman noob. Getting to know the franchise has been nothing but exciting. On behalf of the entire Ultraman Connection team, I welcome all of you Ian Boggs fans to join me in navigating the Ultraman universe and unraveling the many intricacies and surprising depths of one of the coolest story worlds of all time.   Evangelia Artemis February 2022 Evangelia is a New York-based freelance writer who draws underground comics, loves anime, and is working on her first novel.