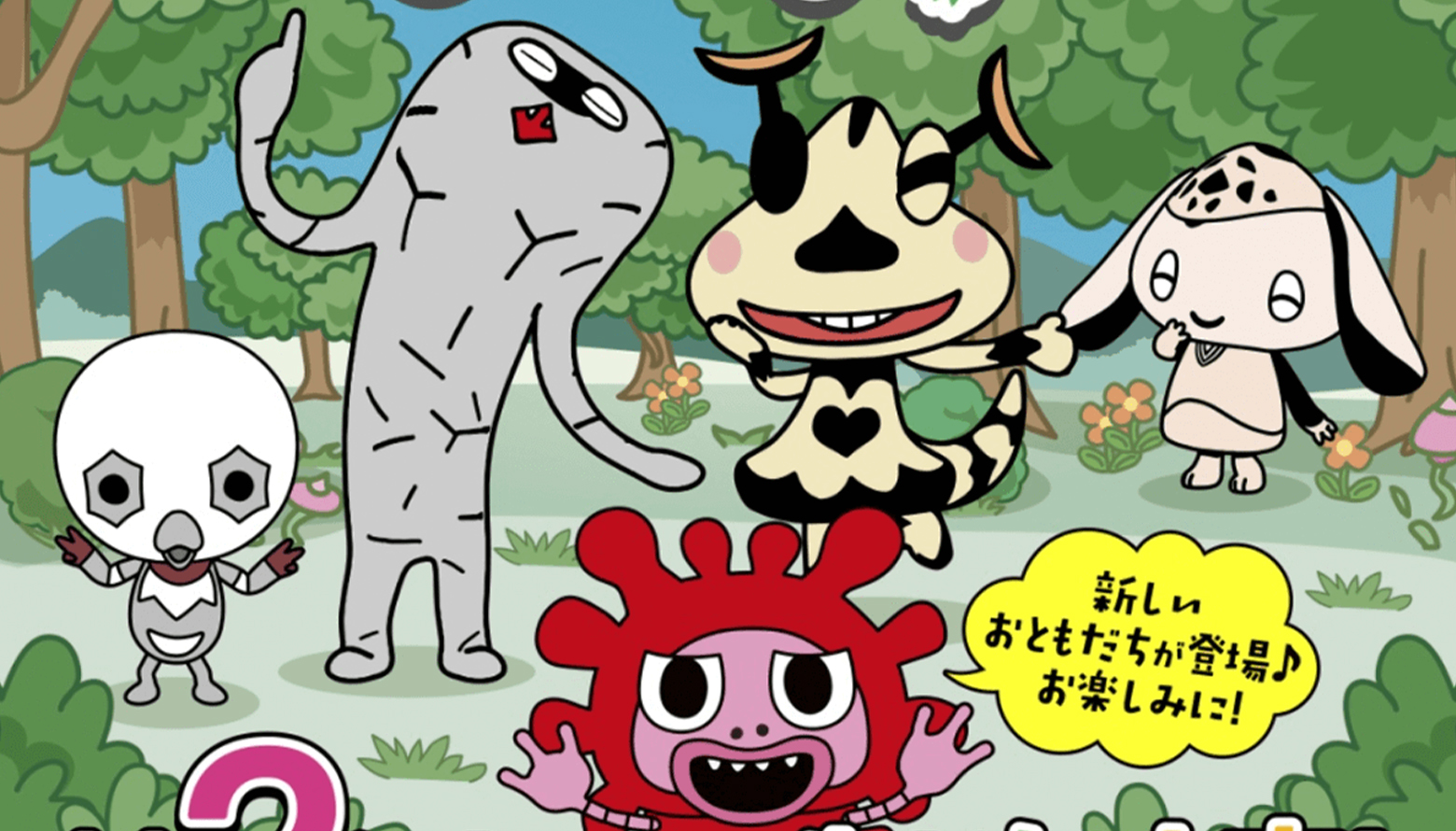 Known in North America as Kaiju Kids, Season 2 of the anime Kaiju Step Wandabada, currently airing on NHK E-TV Japan’s “Mini Anime” at 5:20 pm every Friday, is now in production.

In the second season, four new “Kaiju Kids” will be joining in an all-new adventure: Little Jami the walking dictionary, Little Guts the mischief maker, Little Muge the book worm, and the newly designed Little Ele!

Tsuburaya Productions will be showing never-before-seen clips from Season 2 on their ULTRAMAN OFFICIAL YouTube Channel!

Here’s the trailer (in Japanese):

Make sure to stay tuned with the whole family!

This walking dictionary can teach you anything.

Little Jami can even blow fire.

Loves to cause mischief.

Little Guts can make triple the mischief by making three copies of himself, the “Guts Gang!”

Gives off a jolt of electricity when surprised.

Lives under the sea.

Quiet and loves to daydream.

Can fix anything with his kaiju power.

WHAT IS KAIJU STEP WANDABADA?

The Kaiju of the Ultraman series have turned into little kids!

The show follows these quirky little kaiju’s adventures on their “Little Planet” as they try new things, meet new friends, and take all sorts of “first steps,” cheering on every child who is taking “first steps” of their own.

Each episode is 5 minutes long and can be enjoyed by both small children and their parents.

Many beloved kaiju that have appeared in the Ultraman series will be returning as main characters in the series, including Little Pigg, Little Kane, and Little Dada!