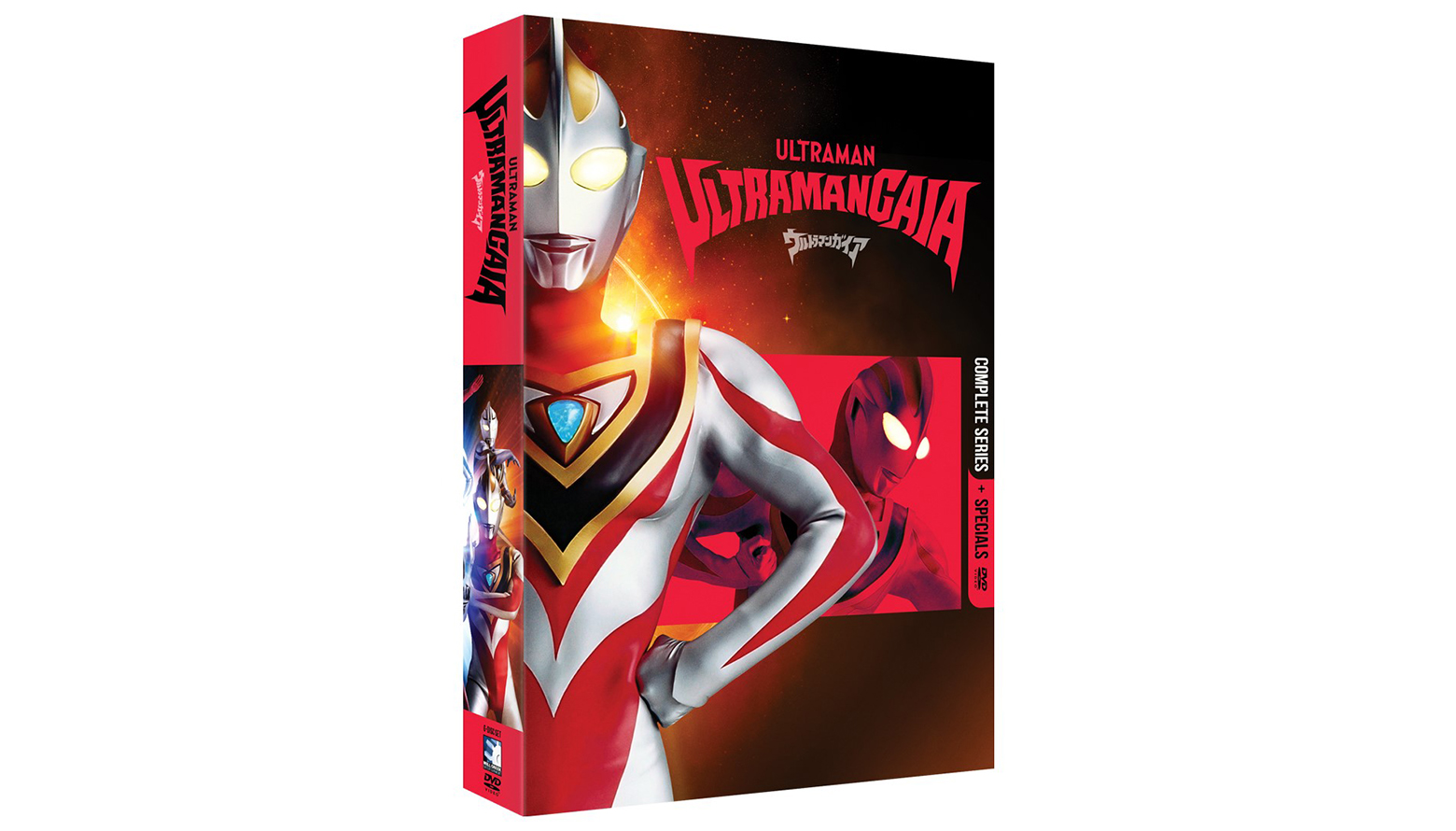 With the holidays upon us, the question we’ve all been grappling with is, “What do you get an Ultraman fan who has it all?” Well, look no further! On December 7th, 2021 Mill Creek Entertainment dropped the third series in the three-part “TGA” Ultraman collection. That’s right, the complete Ultraman Gaia series was released as the newest edition to the collectible spine mural that also includes Ultraman Tiga and Ultraman Dyna.

When the emergence of a wormhole threatens Earth’s atmosphere and Kaiju begin to invade major cities, a global defense force under the name GUARD is assembled to protect humanity. Passionate 20-year-old, Gamu Takayama is then recruited by GUARD’s frontline defense team, X.I.G. as a technical advisor but his role doesn’t stop there. When Takayama falls into a light tunnel during the attacks on Earth, he and Gaia become one and he is granted the responsibility of facing Hiroya Fujimiya, a fellow young man with the capability to transform into Ultraman Agul, a mega warrior whose morals and desires become muddled with time. Gaia encounters many other Ultras including Tiga and Dyna in the included feature film, The Battle in Hyper Space.

As with its two predecessors, this celebrated series boasts extraordinary special effects, and is unique in that it takes place in an alternate universe from the original Ultraman show. It is the first to include two Ultra Heroes as the main characters, not to mention each with drastically different philosophies and approaches to humanity. The tension between Gaia and Agul is one of extreme intensity and deals with nuances that the classic Ultraman vs. Kaiju plotline doesn’t necessarily have. This makes for a riveting story arc and a satisfying emotional journey like no other.

Ultraman Gaia features Japanese audio with English subtitles and a full episode guide to navigate the entire 6-disc DVD collection. For $34.99 you can either gift this awesome set to your closest Ultraman-buddy or do the smart thing and treat yourself!