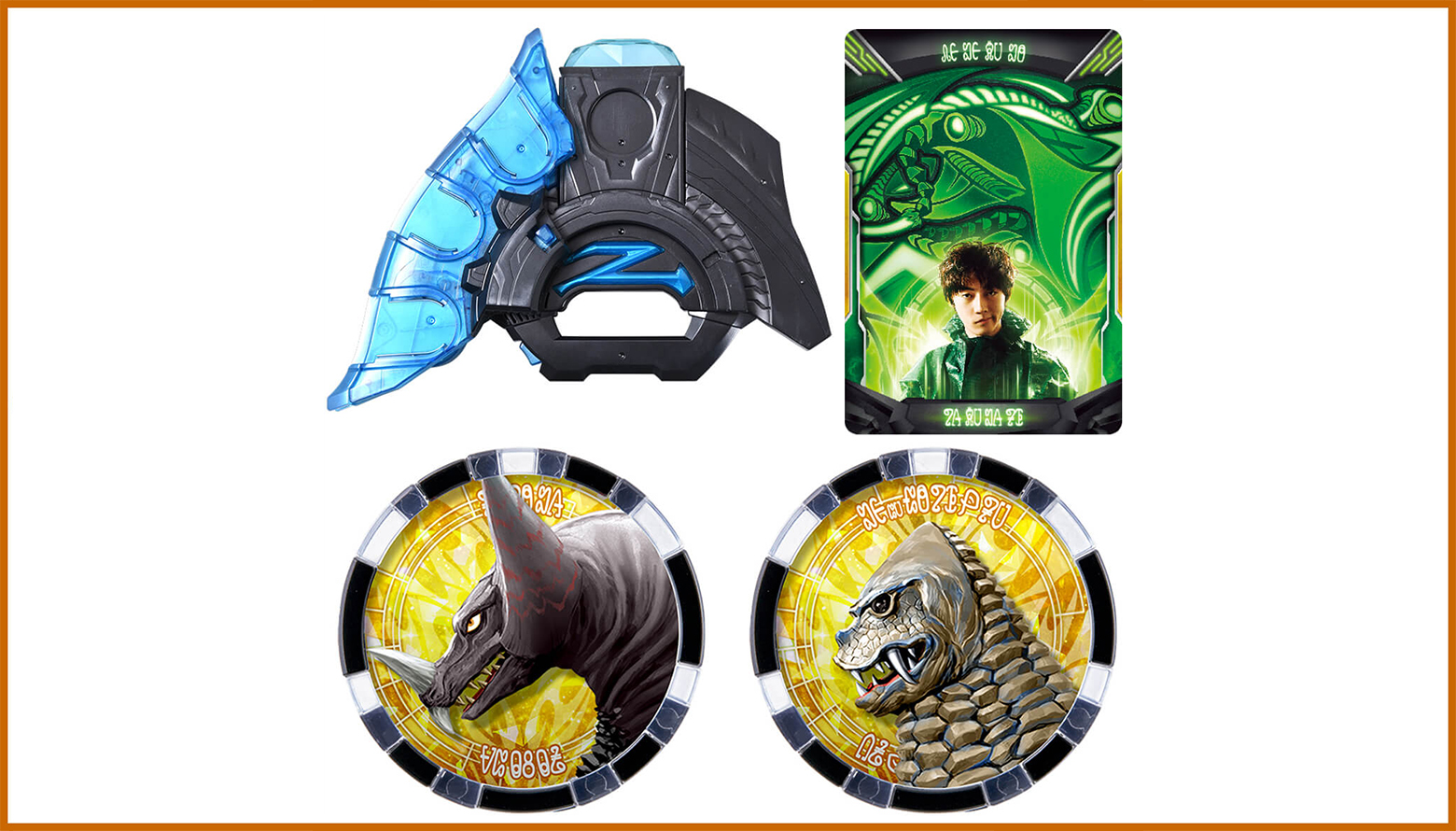 It’s time for our final entry introducing the main cast of Ultraman Z! This time around, you get to meet the staff of Anti-Monster Robot Force STORAGE’s Monster Research Center, as well as STORAGE’s founder!

Ultraman Z, the latest TV series in the global phenomenon that is the Ultraman series, will begin to air in Japan on Saturday mornings at 9 AM on TV Tokyo and other TXN Network channels, starting on June 20th, 2020. (American distribution is not set.) Tsuburaya Productions is now introducing the remaining members of the main cast who will appear alongside the star of the show, Kohshu Hirano! He plays the show’s protagonist, Haruki Natsukawa, a new pilot of the Anti-Monster Robot Force STORAGE. In this article, we will introduce the cast members who play one of the science center’s researchers and the founder of STORAGE.

“Special Tactical Operations Regimental Airborne and Ground Equipment” (or, STORAGE) is a robot unit of Global Allied Forces Japan that specializes in combatting Kaiju. It defends humanity against those gigantic threats and the disasters they create using special battle robots. The first of these is Sevenger, but we’re going to be seeing a lot more of them (and their pilots) over the course of the series!

The show’s protagonist Haruki Natsukawa, played by Kohshu Hirano, is a new pilot of this team under the Global Allied Forces Japan Branch, but he’s not the only one! Some of them aren’t even human!

Meet Shinya Kaburagi, the host of the parasitic lifeform Celebro, who will be played by Rihito Noda!

This scientist is part of the Monster Research Center’s Biochemistry Research Division in the same branch, who becomes the host of the parasitic lifeform Celebro for reasons yet to be revealed.

A young member of the Global Allied Forces Japan’s Monster Research Center’s Biochemistry Research Division, Kaburagi must host Celebro, as that being’s body is quite frail. He more than makes up with it with his incredible intelligence, which aids him when inhabits another lifeform. This power and ability to camouflage itself makes Celebro dangerous indeed; his actions are made based on whether or not something entertains the lifeform. He sometimes commits atrocities as if they were a game! His catchphrase, “Kiete Karekareta,” means “I’m feeling good” in an alien language.

After obtaining an Ultra Z Riser of the same type as Haruki’s, Celebro operates behind the scenes using the Monster Medals that he himself created. What is Celebro’s goal? What will become of Kaburagi, his host? Keep your eyes on Rihito Noda as he plays this enthralling and unique character!

I’m Rihito Noda, and I’ll be appearing in Ultraman Z. I play the show’s villain, Shinya Kaburagi/Celebro. I hope that you can get a glimpse from many different angles of his goals, running counter to those of the heroes, and his greedy pursuit of his own ambitions. We have the best directors, staff, and cast! As various things happen in the world around us, now more than ever we need Japan’s famous “heroes.” I hope that all of you can get excited and watch Ultraman Z together, so please have as much fun as you can!

His profiles and social media links (in Japanese) can be found here:

To top it all off, we finally get to meet the founder of the Anti-Monster Robot Force STORAGE!

As Haruki Natsukawa joins STORAGE, he will get to meet this figure, the group’s founder and the director of its parent group, Global Allied Forces Japan (or GAFJ). Hisahiro Ogura, in his role as the reliable Director Kuriyama, is both strict and kind. He has no problem discussing, arguing, or consoling the STORAGE team members!

As the director of the Global Allied Forces Japan and the founder of STORAGE. Kuriyama’s many years of experience often lead to long, nagging lectures, but he actually shows great concern for his team and is prone to getting stomach aches due to the stress. Since he’s always looking out for the team, it’s impossible to hate him. After all, he must take account of the damage caused by fights between robots and monsters, as well as raising money for the development budget.

From Hisahiro Ogura about this role…

Ultraman started broadcasting when I was still a child. I would often play at being Ultraman with my friends, crossing my arms in front of my chest and shouting “Jaaah!” Ultraman was incredibly popular with children. Time passed and I graduated college, and when I first entered this world, I often got part-time work in character shows. Even though that much time had passed, Ultraman shows were of course still popular. Children are always excited about scenes in which all the members of the Ultra Family appeared. As for me, I’m excited to be able to play the director of the Earth’s defense team.

As of today, we have introduced all the main cast of Ultraman Z! Please stay tuned as there will be new announcements at the beginning of June!