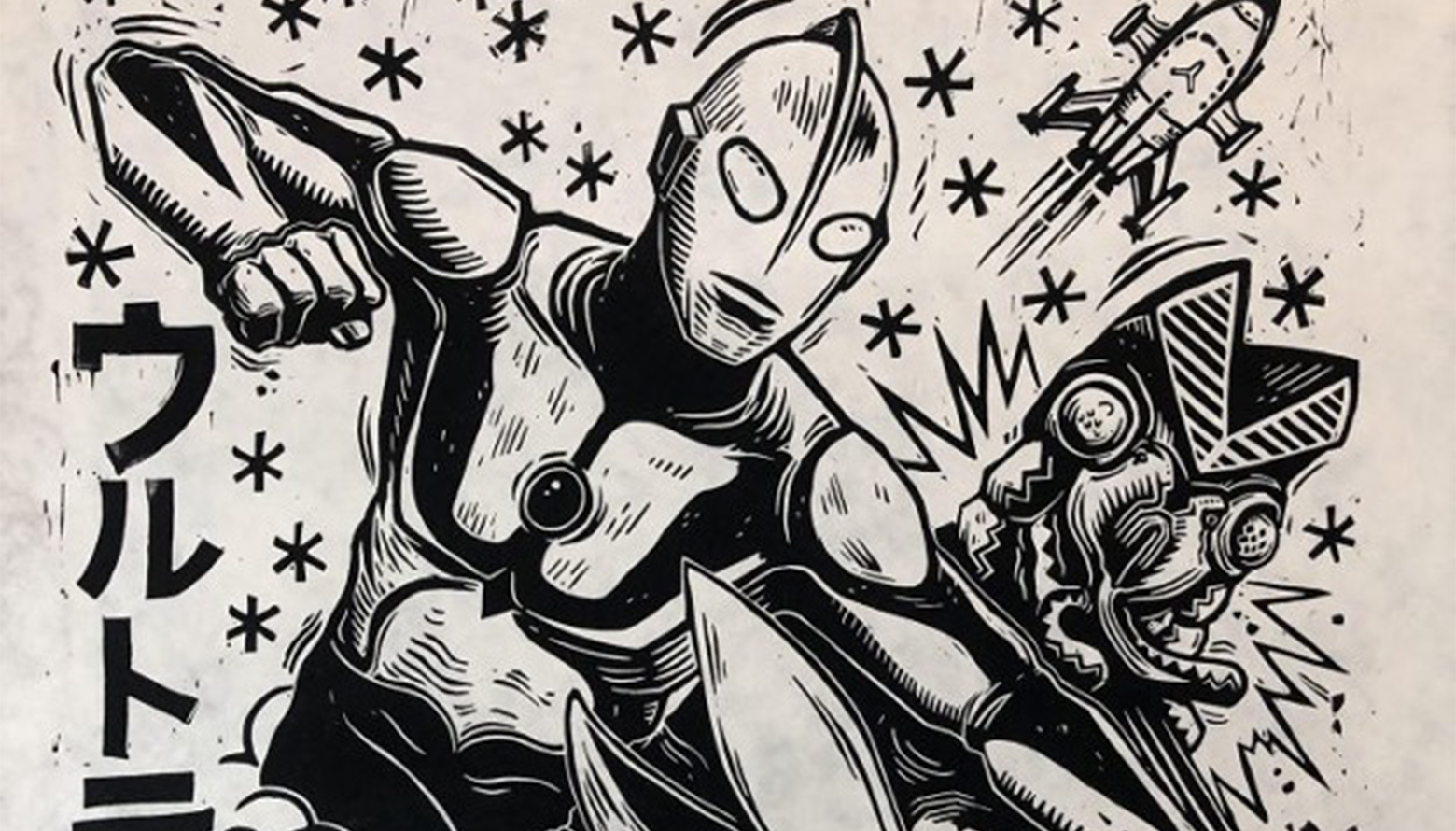 Nakatomi’s officially licensed ULTRAMAN series of prints rolls on with this amazing Kaiju-sized print release from red-hot print artist Attack Peter! This print is dropping Tuesday, October 19th at 2pm Central in the ULTRAMAN section of the Nakatomi store HERE!

This lino-cut print measures 20×30″ and is signed by Peter in a numbered edition of100 copies.

From the steady hand of artist Attack Peter, “Ultraman Vs. Alien Baltan” is made from a hand-cut linoleum block, printed by the artist himself in his studio! Signed and stamped in a numbered edition of 100 copies. Produced on handmade Lokta paper, imported from Nepal!

Signed and stamped by Attack Peter in a numbered edition of 100 copies, on ultra-fine hand-made paper!

Attack Peter’s distinctive hand-carved imagery has been blowing up the pop-art scene for a minute, and you won’t want to miss out on this limited release!

Note: since these prints are painstakingly hand-made by the artist himself, please allow 4-6 weeks for delivery. All orders should be shipped by the end of November.

Print measures 20 x 30″ and will be for sale HERE at 2pm Central on Tuesday, October 19th.

Produced under license from Tsuburaya Productions of Japan, and The Licensing Group Ltd.
Ultraman ©TSUBURAYA PRODUCTIONS