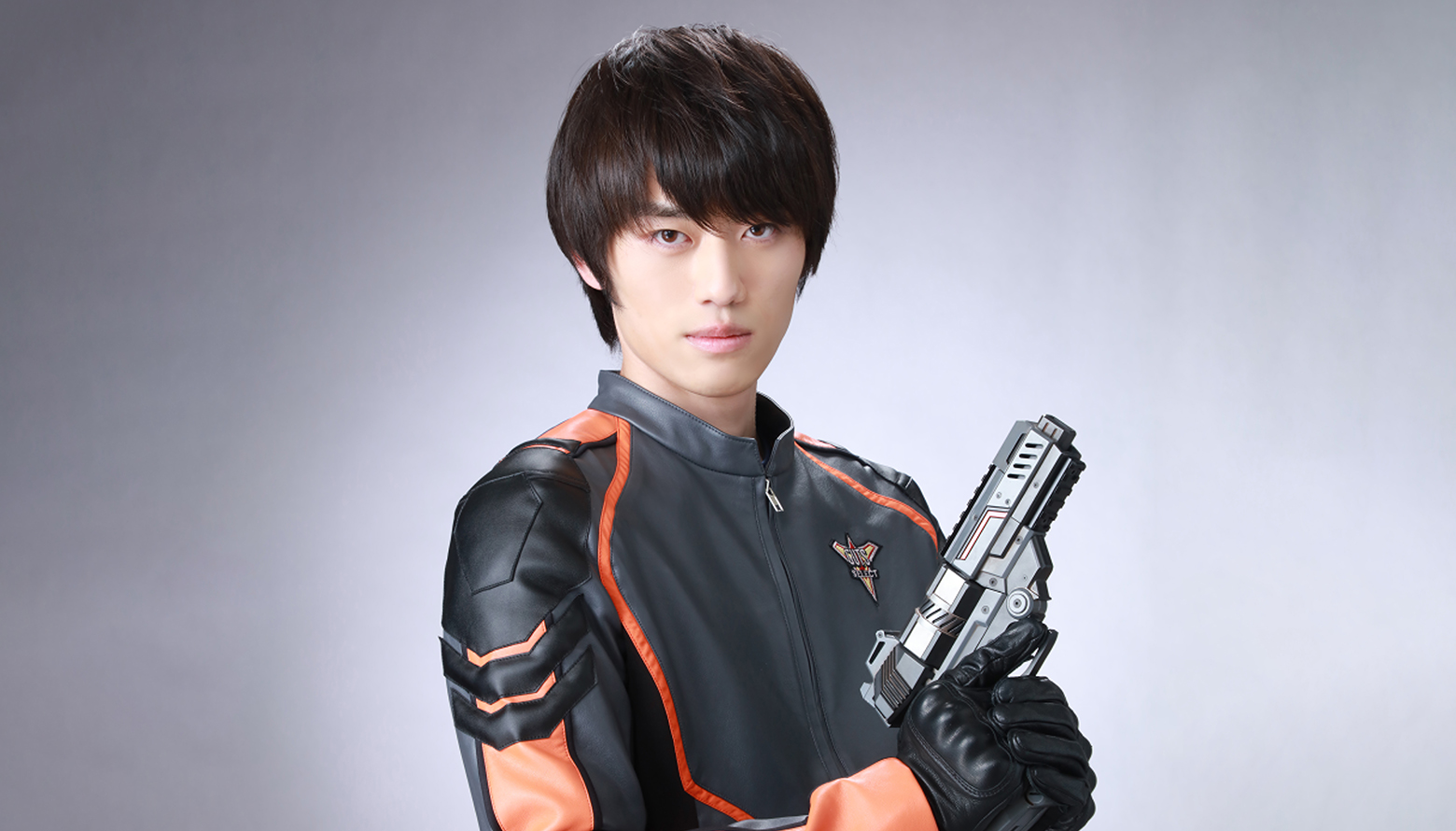 The new TV series Ultraman Decker will begin broadcasting on the TV Tokyo Network in Japan starting July 9, 2022! Each week, we will be introducing you to the latest news, and the main cast members starring alongside Kanata Asumi, the protagonist played by Hiroki Matsumoto.

Up-and-coming actor Nobunaga Daichi will play the role of Soma Ryumon, Kanata’s friendly rival and a member of the anti-Sphere unit, the newly reformed expert team GUTS-Select. He made his acting debut at 14 in an NHK Taiga Drama and has gone on to star mainly in TV dramas, as well as movies and commercials. Please look forward to seeing him join the show as Soma Ryumon.

Soma is the pilot of the GUTS Falcon, a GUTS-Select combat vehicle that was repurposed from a remote-controlled unmanned vehicle to a manually piloted one. Always calm and collected, his cool personality doesn’t often let him show his emotions.

After being saved by a TPU member as a boy when he was caught in a monster attack, he began training himself and found his calling in GUTS-Select, joining against his father’s wishes. He swore to become the best to prove to his father that he made the right choice. He always assesses the situation with a critical eye, leading the captain to call him an “observant genius.”

Hello everyone, it’s great to be here! I’m Nobunaga Daichi, and I will be playing Soma Ryumon in Ultraman Decker. I’m very happy to take part in this show with its wonderful cast and crew. It makes me happy to think you will be watching every week to see how much Ryumon and his friends grow, and how they change together!

I hope that this series will help everyone to have more courage and confidence in themselves. Let’s all share in the exciting, exhilarating wait together for the first episode on July 9th. “Kanata! Kirino! Let’s do this!”