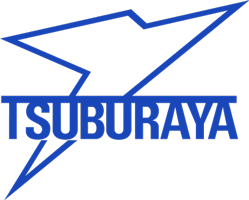 Regarding the U.S. Lawsuit against UM Corporation (“UMC”), in which we had previously announced Tsuburaya Productions Co., Ltd. (“TPC”)’s victory in a jury trial in our previous “Notice of Winning Judgment in U.S. Lawsuit Regarding ‘Ultraman’ Rights,” dated April 24, 2018 and, following our prevailing judgment at the United States Court of Appeal for the Ninth Circuit (the “Appeal Court”) on December 5, 2019, TPC is pleased to announce that our victory is now completely final. With UMC failing to file a further appeal to the Supreme Court by the March 4, 2020 deadline, the court’s judgment and TPC’s victory is now final and concluded.

As stated in previous Press Release, this case commenced with UMC filing a lawsuit against TPC in the United States District Court, Central District of California (the “District Court”), on May 18, 2015, seeking confirmation of its alleged rights to use the “Ultraman” series and characters owned by TPC. On September 11, 2015, TPC filed a countersuit against UMC and its licensees to confirm TPC’s exclusive worldwide rights in “Ultraman” and to recover damages from UMC and its licensees for their infringements.

In support of the assertion of its rights, UMC claimed that there was an agreement signed in 1976 (the “Document”) by Mr. Noboru Tsuburaya, the representative of TPC, which gave Mr. Sompote Saengduenchai, a Thai businessman, the right to use and exploit “Ultraman” worldwide, excluding Japan, and that UMC had succeeded to Mr. Sompote’s alleged rights. In response, TPC asserted that the Document was a forgery, that UMC had no rights to use “Ultraman,” and that UMC was infringing upon TPC’s copyrights by doing so. Therefore, the principal point of dispute in this lawsuit was whether the Document was an authentic contract signed and sealed by Mr. Noboru Tsuburaya, or whether it was forged.

The first judgment was given by the District Court, and it fully affirmed the entire claim of TPC, including our position that the Document, claimed by UMC as the basis for its alleged rights in “Ultraman,” was in no way an authentic or binding contract. In addition to confirming that TPC possesses all the rights to develop and expand any audio-visual or other creative works or products based on “Ultraman” characters and stories, the judgment required UMC to pay damages for its infringement of TPC’s rights, in addition to having to cover TPC’s attorneys’ fees in this litigation.

UMC filed an appeal on May 7, 2018, claiming that the District Court had made certain errors before and during the trial that prejudiced UMC and required a new trial. On December 5, 2019, following extensive written briefs and an oral argument, the Court of Appeal rejected UMC’s appeal and affirmed the jury’s verdict and the District Court’s judgment in favor of TPC.

Since UMC failed to file a final appeal by the March 4, 2020 deadline, TPC’s victorious judgment was finalized. In addition, as part of such judgment, UMC was ordered to pay TPC approximately US $4,000,000 (approx. 400 million Japanese yen) as compensatory damages for the infringement of TPC’s rights and its litigation costs, and we plan to seek reimbursement of such amounts from the UMC and other losing parties.

This final judgment in the U.S. lawsuit possesses an extremely high level of credibility and truthfulness as this decision was rendered after hearing the testimony of numerous witnesses and the analytical opinions of handwriting analysis experts, in addition to the detailed evidentiary disclosure proceedings over an extended period of time that required enormous efforts on the part of the TPC team. TPC will actively proceed with and strengthen further overseas expansion of the “Ultraman” works and build a brand that will not only fascinate viewers with the enthralling Ultraman and Kaiju characters, but will also cultivate, and acknowledge the virtues of “Courage”, “Hope” and “Kindness”.

We are grateful for the continuous support of all our customers, stakeholders, and fans of the “Ultraman” series worldwide, and we ask all of you to continue enjoying our authentic products and services through authorized local Ultraman partners.

TPC’s authorized Ultraman local agent in your territory is: