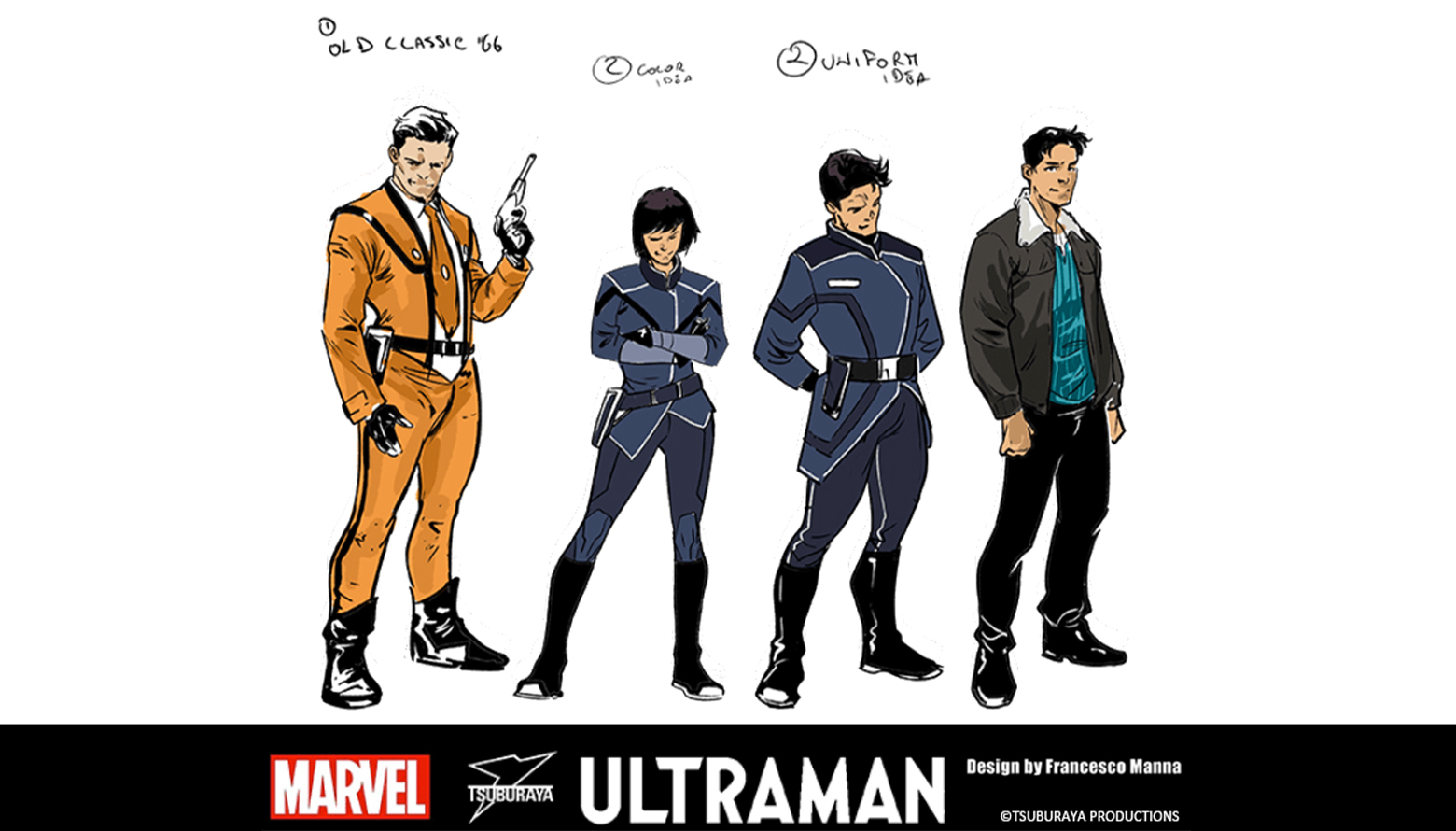 Debuting to a dynamite reception at C2E2 on February 29th, 2020, Marvel Comics showed off the first look at the all-new The Rise of Ultraman comic book series. With information still scarce, the concept art by the book’s artist, Francesco Manna, might just reveal some secrets surrounding the “reimagining and reframing” of the Classic Ultraman storyline…

In the original Ultraman TV series, Shin Hayata was a proud member of the SSSP (Science Special Search Party), also known as the Science Patrol. More importantly, he was the human host of Ultraman! Marvel’s iteration of Hayata seems to be a young man, as well as a civilian. What is his relation to Earth’s defender here? Will he become, like his 1960s namesake, the host of the mighty Giant of Light?

This young woman, Kiki, is depicted as a member of the mysterious USP. She follows in the footsteps of a number of famous heroines from 54 years of the Ultraman series, starting with the original Science Patrol’s Akiko Fuji. Hmm… Akiko from the original TV series… Kiki… Curiously similar, no?

The modern interpretation of Science Patrol Captain Muramatsu seems to occupy a similar position of authority in the USP as his namesake from the original series. His uniform is slightly different than Kiki’s. Because he is her superior officer? Does he know Hayata at all? One thing is certain: when Ultraman makes his appearance, this taciturn man will almost certainly be there to witness it.

The USP is an organization shrouded in mystery. Though it appears to be a new interpretation of the Science Patrol, its uniform evokes qualities of both the Ultra Guard from Ultraseven and the Night Raiders of Ultraman Nexus: a clear nod to the various generations of past series, while also creating something entirely new with its asymmetric design. When Ultraman appears to defend Earth, will these men and women be his friends or his foes?

Curious… this uniform is clearly an interpretation of the classic Science Patrol uniform from 1966. It’s even armed with the classic Super Gun. However, this uniform is explicitly referred to as the “Classic USP suit”, but the USP in the modern era looks very different. If the story takes place in the here and now, does this imply that the USP has existed for many years? What does this say about canon—something for which writers Groom and Higgins have a great respect—in the Marvel storyline? And with that in mind, who could be the person wearing this “classic” suit…?