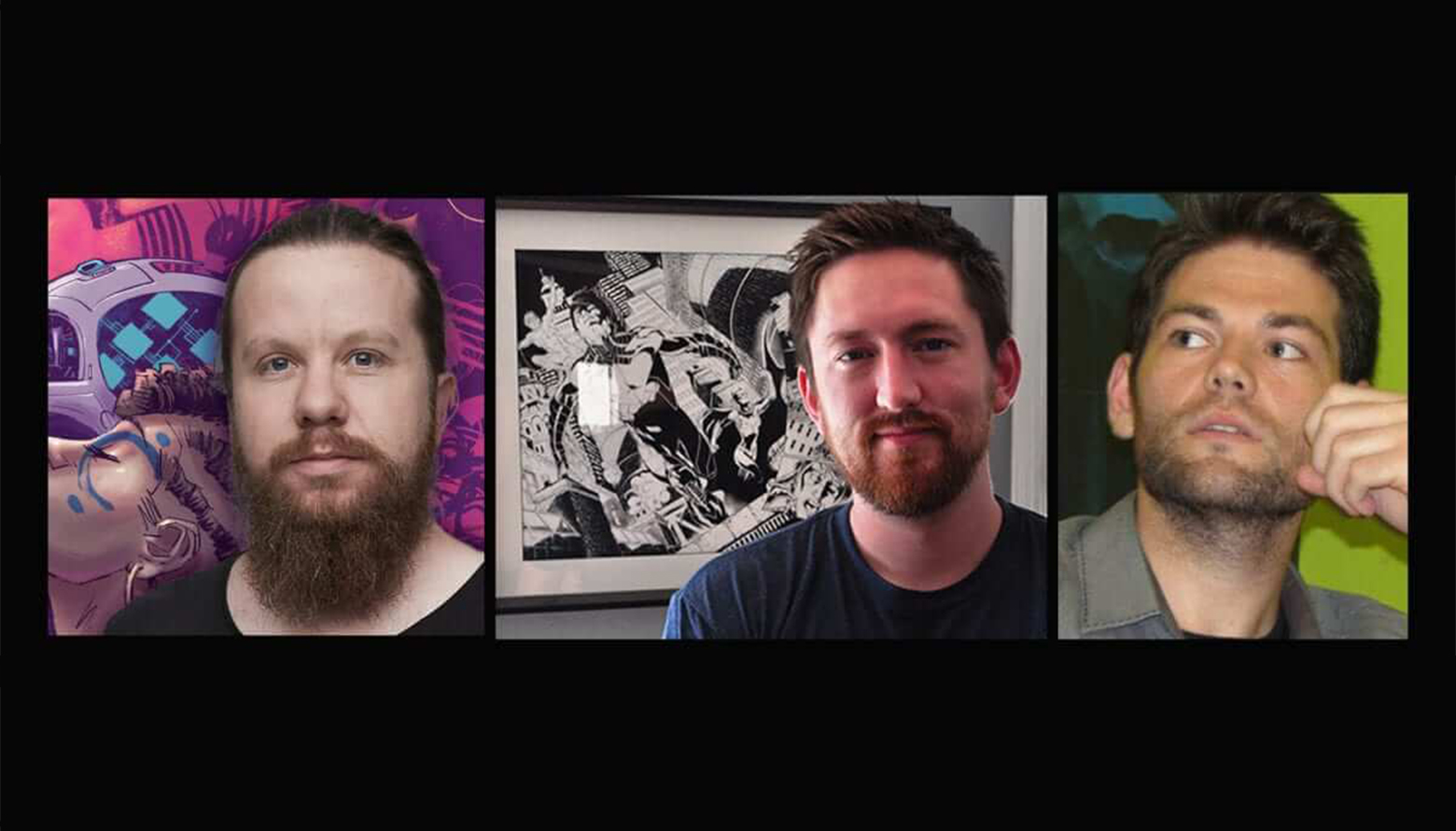 The debut of Marvel’s The Rise of Ultraman comic book miniseries is just around the corner on September 9. Ultraman Galaxy has received many questions about the series from fans through social media and direct email to the site, and co-writers Kyle Higgins and Mat Groom and artist Francesco Manna have agreed to answer some of them.

Q: What is the team’s favorite aspect of Ultraman lore that they’re most excited to explore?

Mat Groom: It’s probably not great to start cheating from the very first question, but I’m going to have to pick two, because I really can’t decide.

The first one is Ultraman himself—but specifically as the Ultra and the man (Shin) bonded together. There’s something so fascinating about taking two beings, who have surprisingly similar goals, but have vastly different perspectives, and are from vastly different cultures, and bonding them together, and challenging this new combined entity (both physically and intellectually) before they even really have much of a chance to come to terms with each other. They can only succeed if they operate in unison, but the odds are so severely stacked against them, in ways they won’t even come to understand for some time. It’s like a three-legged race, but with civilization-defining stakes.

My other choice is the Science Patrol. The wild thing about the Science Patrol is they’re so interesting that, in the original Ultraman TV series, you really could’ve had a fantastic and enjoyable TV show even if Ultraman never came to Earth. They’re paranormal investigators. They’re researchers reaching way past the borders of human understanding. They’re monster fighters. They have this incredible technology. They’re part of an international network. Every question you could ask about this group leads you to two more (even more interesting!) questions. So that’s given us so much rich material to work with.

Q: Kyle Higgins has crafted some outstanding stories for the Mighty Morphin Power Rangers comics. How does Ultraman differ as a hero compared to the Rangers? Do they have similar motivations, aside from “saving the world?”

Kyle Higgins: Well, for starters, Rangers is built on a collection of relationships—they’re a team, at the end of the day. Ultraman, by comparison, is built on one fundamental relationship, that between the Ultra and Shin Hayata. Additionally, our take on The Kaiju Problem is quite a bit different than anything I ever explored with Rangers. I do think that both are looking to help society become the best version of itself, though the way they go about it—and the nature of the threats they face—are quite a bit different. All that being said, one thing that both books have in common is the narrative scope. Mat and I have built out this version of Ultraman in a big, bold way. The simplest way to put it is…everything in the book is planned. If you see it in the book, it’s going to matter down the line.

Q: In the artwork, was it difficult to scale the figures to 50 meters in relation to their environment (perspective, buildings, landscapes)?

Francesco Manna: Actually, playing with scale is the most enjoyable and satisfying thing I’ve ever done in comics. It’s just about matching the mood of the story, and understanding what visual impact you want to have with the story. For The Rise of Ultraman, I especially focused on ideas found in disaster films, using some large camera angles that show the huge scale of the catastrophe—but contrasting that with the tiny people affected by the catastrophe. It’s a visual way of reminding people that the potential costs of these huge catastrophes are something the (comparatively) tiny people just can’t afford.

I mixed this approach up with various concepts from French, Japanese and American comics. They helped me find ways to get the right use of the angles, dynamism and narrative rhythm.

Q: When will Spider-Man meet Ultraman for reals?

Mat: Olivier Copiel did an excellent variant cover for issue #1 featuring Spider-Man and Ultraman together—but that was to celebrate, symbolically, Marvel and Tsuburaya working together, it wasn’t intended to tease story elements. To be totally transparent with you, Kyle and I don’t have any plans to do anything of that nature at this stage.

Who knows what could happen in the future, but right now we’re focused on building out this entirely new Ultraman universe and making it compelling and engaging by itself, rather than bringing in Marvel superheroes.

Q: Will the comic center around the Japanese branch of the SSSP only, or do we get also a more international touch with the progress of the story?

Mat: Actually, in our universe, we don’t have an ‘SSSP’, we have a ‘USP’—a United Science Patrol. This name speaks to the international nature of the organization (and you’ll get to see some of that international-ness right from issue #1). But it also speaks to the fact that this is an organization that, in our universe, spans eras. In the original shows, the defense force would change with each new show, and with each new Ultra hero. But in this world, there’s just been one organization, for decades—so we wanted to have a name that acknowledged that our Science Patrol actually stands in for the many organizations that existed in shows.

Having said that, there could be other roles for other defense forces to play…!

Look for the continuation of this article tomorrow as we count down to the release of The Rise of Ultraman! Be sure to look out for Marvel’s The Rise of Ultraman #1¸on shelves September 9! Look for your local comic shop here and keep checking back with Ultraman Galaxy as we continue to share all kinds of info and intel on your favorite Hero of Light!