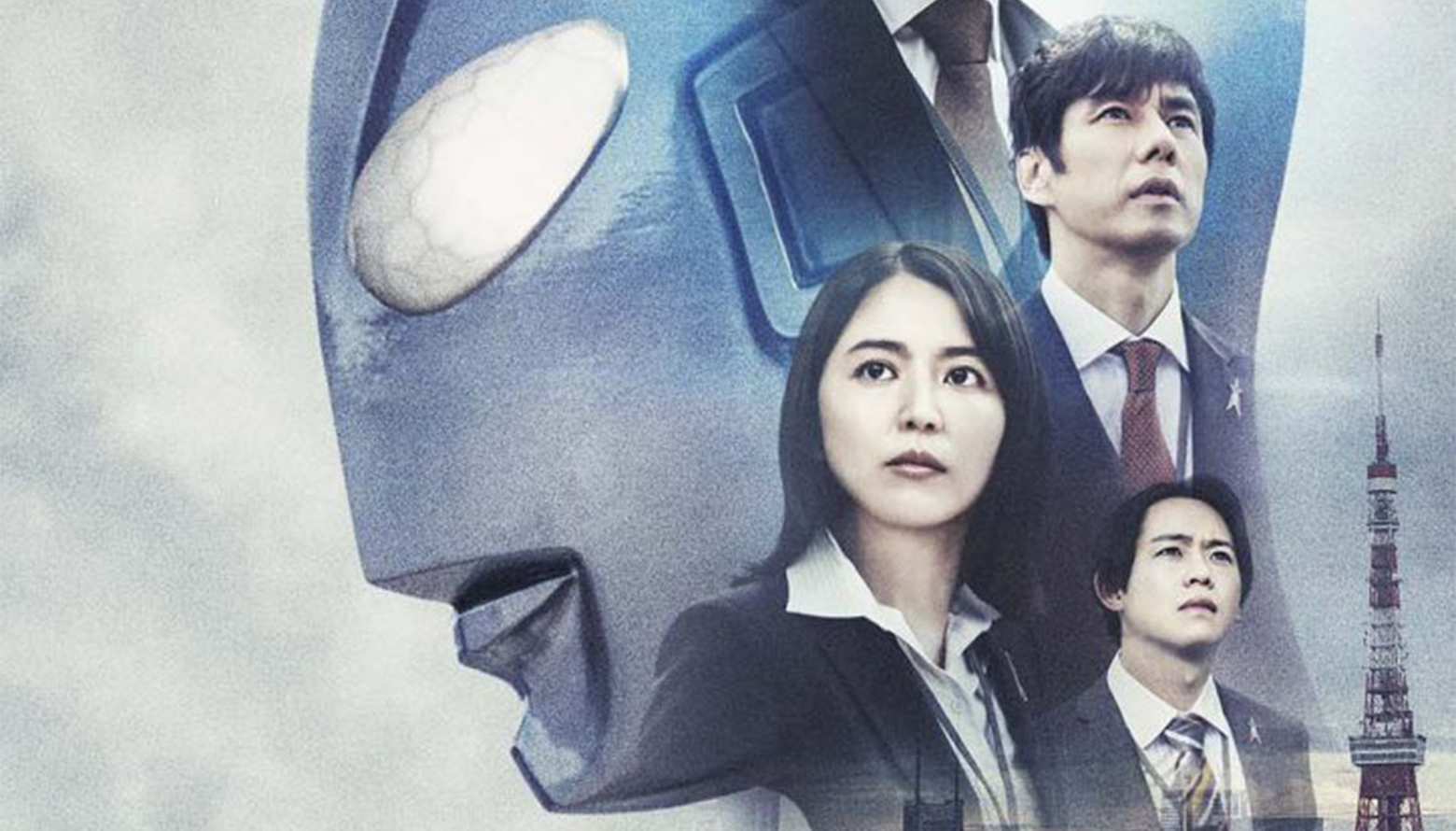 Shin Ultraman, the film collaboration between renowned writer Hideaki Anno, Director Shinji Higuchi, and Tsuburaya Productions, is finally on the horizon. In preparation for the movie’s Japanese premiere on May 13, 2022, two new posters have been revealed, each one dripping with symbolism and exciting audiences for what will appear on movie screens in just a short time.

The first poster features a side profile of this new interpretation of Ultraman, with actors Takumi Saitoh, Masami Nagasawa, Hidetoshi Nishijima, Daiki Arioka, and Akari Hayami overlaid within the giant’s profile, alongside images of solemn scenery, and human masses gathered; what they are gathered for, we cannot reveal yet, but viewers will likely be just as enraptured by what they see as these people are.

The second poster is minimalist, with this new Ultraman showing his back to the viewer, turning his head to look behind him. This angle shows the musculature of this new interpretation of the classic hero, further defining him in contrast to his 1966 counterpart. In addition, the five actors shown in the prior poster are also featured.

Both posters feature the Japanese tagline of the film, “Imagination, Romance, and Friendship,” and will be posted around select theaters in Japan starting on March 18th. While a global release date for Shin Ultraman has not been revealed yet, as soon as information becomes available, it will be posted to Ultraman Connection.

Shin Ultraman premieres in Japan on May 13th, 2022. For more information on this movie, as well as other Ultraman Series projects, stay close to Ultraman Connection.