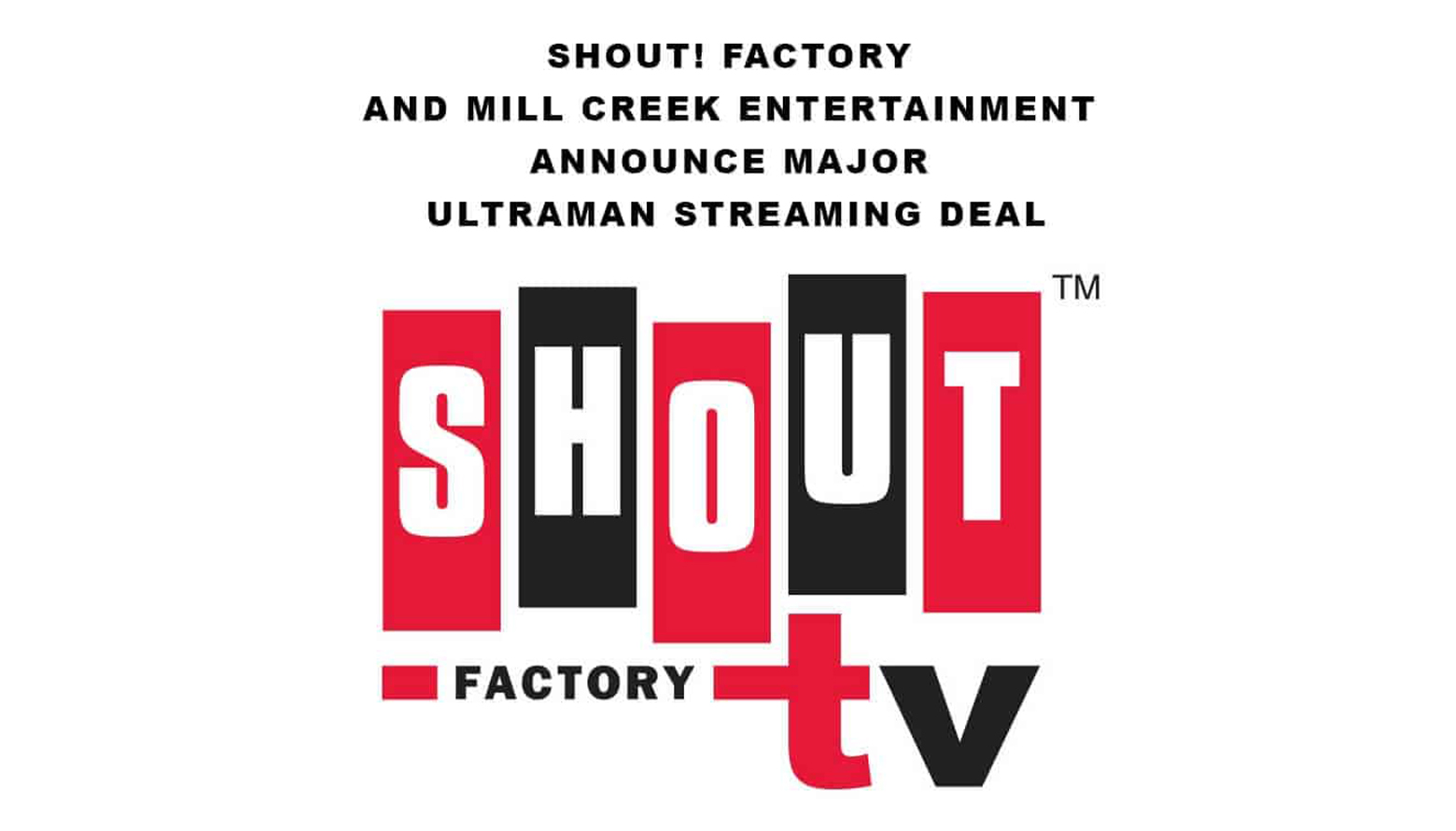 The multi-year alliance provides Shout! Factory and its multi-platform streaming service, Shout! Factory TV with exclusive SVOD and AVOD digital rights in the U.S. and Canada to Tsuburaya’s expansive catalog of ULTRAMAN properties including more than 1100 episodes and 20 movies.

“A colossus of the tokusatsu genre, Ultraman is one of the most beloved and enduring pop culture brands in the world and, amazingly, it’s still growing. So it’s particularly exciting to present nearly 60 years of TV series and feature films to North American audiences, much of it for the first time. They’ve got a lot of catching up to do, and we aim to help that happen,” stated Jordan Fields, Vice President of Acquisitions at Shout! Factory.

“We’re incredibly excited about this new relationship with Mill Creek Entertainment and Indigo Entertainment. Tsuburaya Productions’ Ultraman continues to stand as a seminal pop-culture phenomenon to this day. Over the years, Shout! Factory TV has presented Ultraman Leo and multiple seasons of other popular Japanese tokusatsu series to incredible fan reception. We look forward to bringing these highly entertaining Ultraman series and movies to our streaming program lineup for Shout’s TokuSHOUTsu™ channel, available on Pluto TV,” stated Gene Pao.  “As we actively expand our reach in streaming and digital platforms, this deal exemplifies the type of pop culture content we plan to pursue, which taps into the interests and passions of our loyal fanbase.”

”We are thrilled about this collaboration with Shout! Factory,” stated Jeff Hayne, SVP of Mill Creek Entertainment. “Their passion for tokusatsu content combined with the reach their digital channels have to fans will create further awareness of the Ultraman content library and the collectible SteelBook® and Blu-ray products that Mill Creek Entertainment will continue to release.”

The classic Ultraman live-action television series of the 1960s and 70s, produced by Tsuburaya Productions, established new heights of quality adventure and special effects-driven entertainment and built a worldwide audience for the property. Hailing from the distant Nebula M78, Ultraman is a Giant of Light who protects Earth and the human race from an endless array of invading aliens and terrifying monsters together with the crew of the Earth-based defense team using advanced high-tech weapons and vehicles.

Ultraman battles monsters that cause endless mayhem and destruction on Earth. With the ability to extend his height to over 130 feet, Ultraman merges with a human and only emerges in times of extreme danger to save people and the Earth. The popularity of Ultraman—and the aliens and monsters—has enabled the series to persist to this day, generating over $50 million per year in toys and merchandise in Japan.