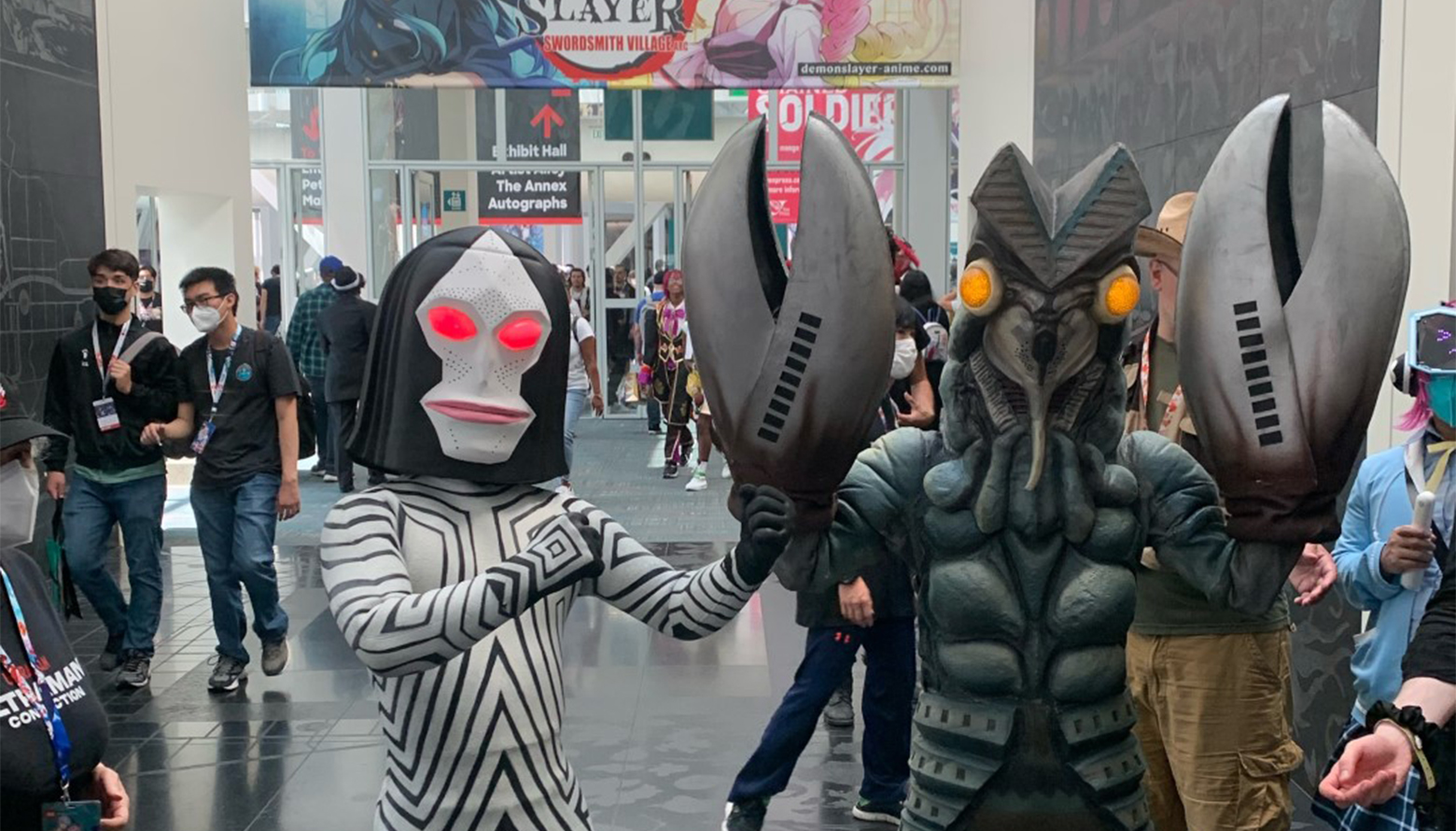 Anime Expo 2022 has been a tremendous event for all attendees since it started on July 1st.  However, one pair of “sinister” guests have been drawing attention from fans big and small throughout the convention—the aliens, Dada and Baltan!

The Kaiju duo took to the show floor each day in a massive Kaiju Invasion, roaming the halls and exhibit aisles of the Los Angeles Convention Center. Flanked by pursuing UCL Agents, the Hunt for Dada was underway as fans snapped pictures and posted to social media under the hashtags #dada and #AX2022.

Kaiju Invasions are a venerated event in Japan, but Anime Expo marked the first time these creatures are appearing live and in person, and from these photos, it’s clear that they were well-received!

Those are some bold North Americans kids! The Kaiju Invasion was another chapter in the Ultraman Rising transmedia storyline that started with a bang at the expo’s Opening Ceremony when Dada and Baltan crashed the stage. They were fended off by Ultraman himself, but they’ve been popping up in panels and hallways all weekend with UCL Agents Hughes and Bright in hot pursuit.

On Saturday night’s Ultraman Extravaganza on the Main Events stage, Dada appeared in a stinger at the event’s conclusion warning us that Ultraman will ultimately be defeated before Anime Expo is over! We’ll see about that!

Anime Expo 2022 was just the first step in the Ultraman Series’ expansion into global pop culture, but the 10 Days of Ultraman have just begun! To see what comes next, you’ll have to stay close to Ultraman Connection!