THE RISE OF ULTRAMAN #1 WILL FEATURE ORIGINAL ALEX ROSS COVER 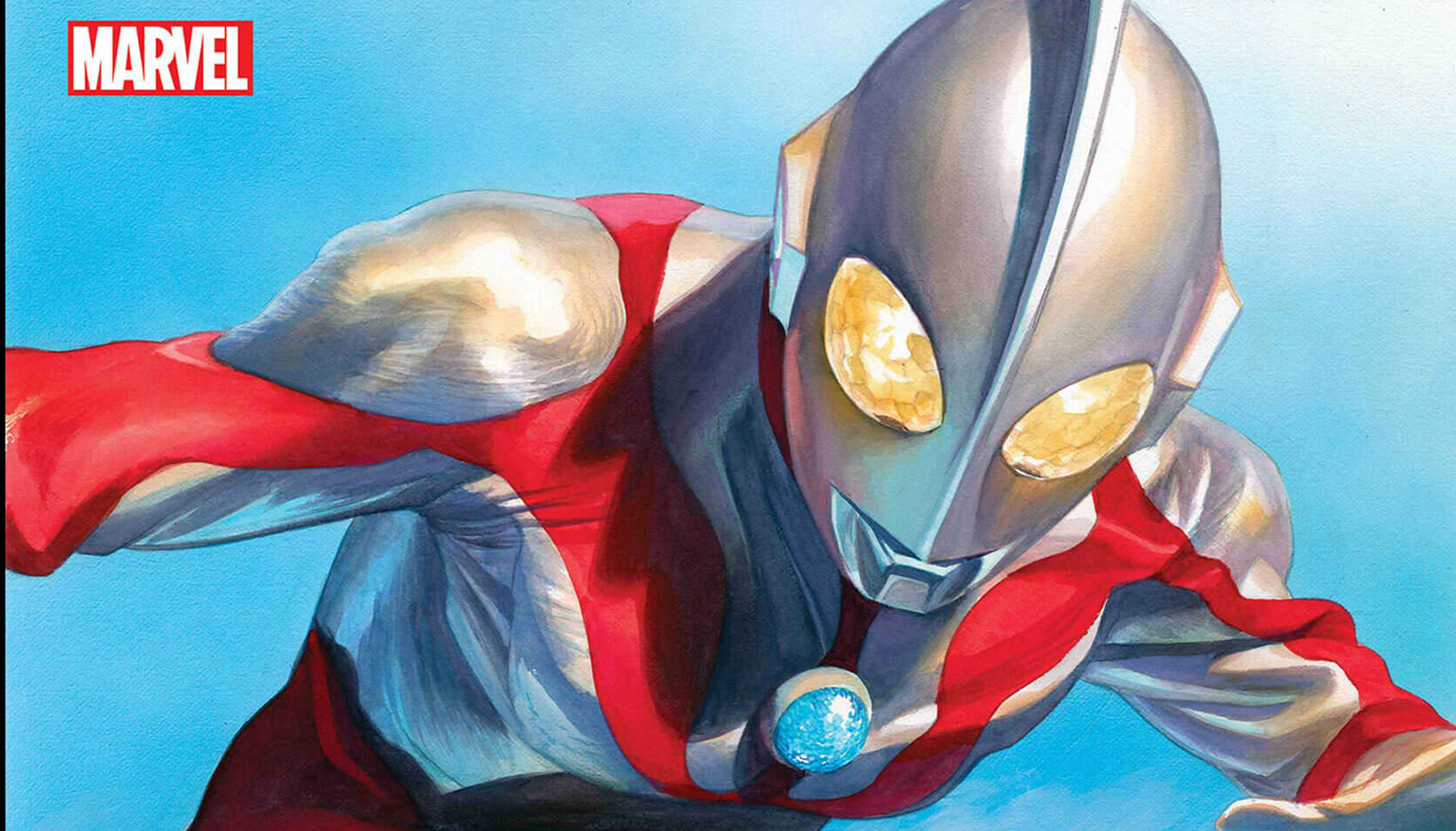 After months of anticipation, Marvel Comics and Tsuburaya Productions have released our next look at The Rise of Ultraman #1 with a stunning piece of artwork by the legendary Alex Ross.

A longtime fan of Ultraman, Alex Ross has painted the hero before, but this painting for The Rise of Ultraman #1 may be one of his finest ever. With a breathtaking sense of scale, the reader feels like a member of the masses pointing upwards, as if to say “Here he is! Our Ultraman.”

The color and detail on the giant’s body evokes the powerful imagery of Ross’s many other sterling works, such as his take on Spider-Man and the Avengers in the classic fan-favorite painted series, Marvels. Ultraman stands above the people, not poised to attack, but to shield them from whatever threat may come. There is no destruction at his feet: he is here to help. The people on the ground reach out for him, unafraid of a hero arrived from the stars to protect them.

Alex Ross’ breathtaking cover is just one of several that are planned for the series. More will be revealed as we get closer to the book’s release date in September.

The comic book’s solicitation also reveals that the creators have been working on a new iteration of the Giant of Light’s story. A young man, Shin Hayata, wishes to help protect humanity from the threat of the mysterious, skyscraper-sized Kaiju, only to find himself communing with a mysterious alien entity who may well give him the power to do so. In the inimitable Marvel storytelling style, nothing is what it seems, however, and Shin will need more than just immense strength to save the world. If you haven’t experienced Ultraman’s universe yet, this is a perfect introduction to high adventure in a world on the brink of a catastrophe.

The Rise of Ultraman is written Kyle Higgins and Mat Groom. Kyle, responsible for the critically-praised Mighty Morphin’ Power Rangers comic series, is a longtime fan of the tokusatsu (live-action special effects) genre, making him a great choice for adapting the gold standard of the genre. Mat Groom, an Australian writer best known for his self-published opus Self/Made, is a master at telling stories of self-improvement and finding one’s place in a greater, more fantastical world. Illustrating their epic tale is Francisco Manna, whose dynamic and expressive style lends itself the series’ action-packed aesthetic.

Michael Cho, meanwhile, will be penciling the back-up story in the first issue: Ultra Q, a period piece retelling of the very first entry into the Ultraman universe, updated “the Marvel way” reverberating with the book’s main feature. Their combined talents have generated a unique, engaging story that nevertheless remains true to the core values of Ultraman’s history.

The Rise of Ultraman #1 comes out in September, but excited fans don’t have to sit in the dark until then. In the coming months, expect creator interviews, previews, and analyses of every aspect of the series here at UltramanGalaxy.com. Check back regularly for updates!