THE RISE OF ULTRAMAN:AN INTERVIEW WITH MARVEL EDITOR-IN-CHIEF C.B. CEBULSKI 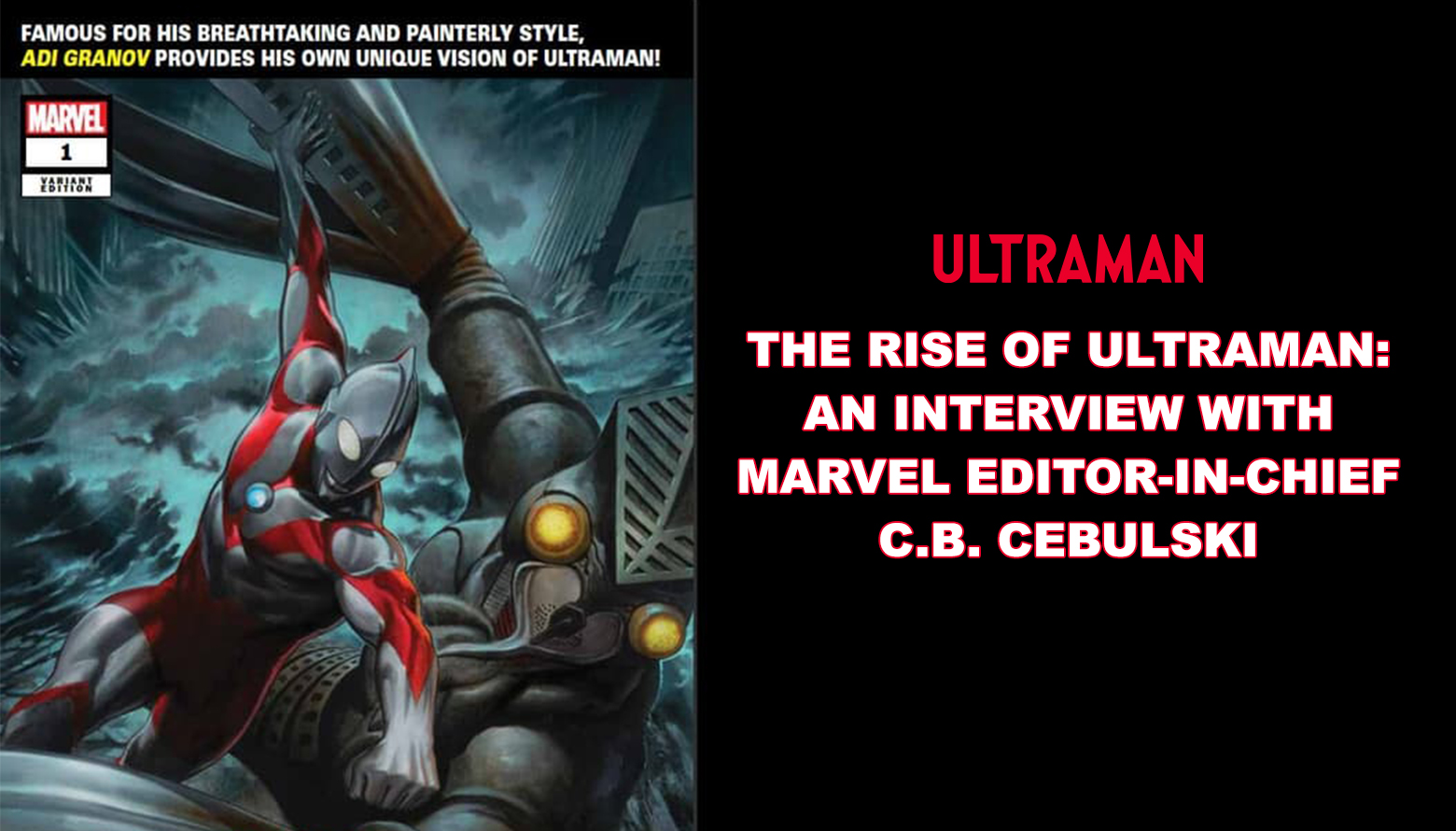 With The Rise of Ultraman Issue #1 on the horizon and Ultraman Day at hand, we here at Ultraman Galaxy decided to give fans a special treat: an exclusive one-on-one interview with C.B. Cebulski, Editor-in-Chief at Marvel Comics, concerning the new comic, as well as Marvel and Tsuburaya Productions’ plans for the future!

UG: What brought Marvel and Tsuburaya Productions together to collaborate on a new comic book?

CB: Marvel always has a history of finding interesting partners to do licensed comic books with. Back in the day, we helped launch a number of bigger franchises by creating ideas which eventually turned into [all sorts of products], and we’re always looking for interesting partners who share interesting, creative visions, and have interesting characters we can collaborate on, and come up with something special for.

When the opportunity that the Ultraman license might be available—the Tsuburaya guys are very creative and looking to expand their global footprint outside Japan even more than they already have, and are looking for a creative partner to build a comic book property with—it was something we jumped at. I grew up as an Ultraman fan, spent a lot of time in Japan, and know how much the property means to people in Japan, and we shared Tsuburaya’s vision of expanding that through the comic book format, to a global audience.

UG: Marvel has treated Ultraman with a lot of respect, and almost reverence during the creation of Rise. What’s made Ultraman such a good fit for Marvel, to promote that kind of creative atmosphere?

CB: At Marvel, we create heroes, comics, films, and games that we like to say are “inspirational, and aspirational.” We like people to share the adventures of the heroes and learn something from them in their own lives, to strive to do better themselves: take the values that they learned in Marvel [productions], and apply them to their own lives, their daily lives.

In working with Tsuburaya, right from the start, we found out that they were a company that shared those values. They have lessons and core guidelines, I would say, behind Ultraman not just as a character but as a hero, and as a part of Japanese society: that what he does, and what all the characters in Ultraman adventures do, no matter what medium, should also serve as an inspiration for people to do better in their lives.

It’s just been fascinating to see that thought and care that the Tsuburaya team puts into every thought and action of the characters. We’ve really found that not only do we share a creative vision moving forward for our respective characters and companies, but that their values are very much in line with ours, in how we should treat the characters, and educate our fans.

UG: Marvel has collaborated with several Japanese artists on various aspects of Rise. You’ve worked with Gurihiru, who are doing a certain backup story, and you’ve got these really distinguished artists like Masayuki Gotoh and Yuji Kaida doing covers. [Look out for those, Ultra-Fans!] How’s it been to reach across the Pacific for that sort of collaboration, and do you think that that sort of thing will continue?

CB: Oh, I hope it continues! It’s been a thrill for us to see some of the artists that Tsuburaya has brought to the table, and also very exciting for us that they’ve been willing to work with some of the Japanese artists that we’ve collaborated with in the past. Japanese art and Japanese culture have had such an impact on the world of pop culture over the last fifteen to twenty years especially, and we’ve done our best to recruit Japanese artists to Marvel Comics.

But there are still artists that we love and respect that are very busy, or that we cannot get in touch with, and to have Tsuburaya come in and open those doors, especially for people like Kaida-san and Gotoh-san, has been such an honor for us. These illustrators who have had such an impact in Japan, on Ultraman to begin with, now coming to be part of Ultraman in the Marvel universe, has been just mind-blowing for us to watch, and we do hope that those relationships will continue, and that Tsuburaya keeps bringing the best of the best to us.