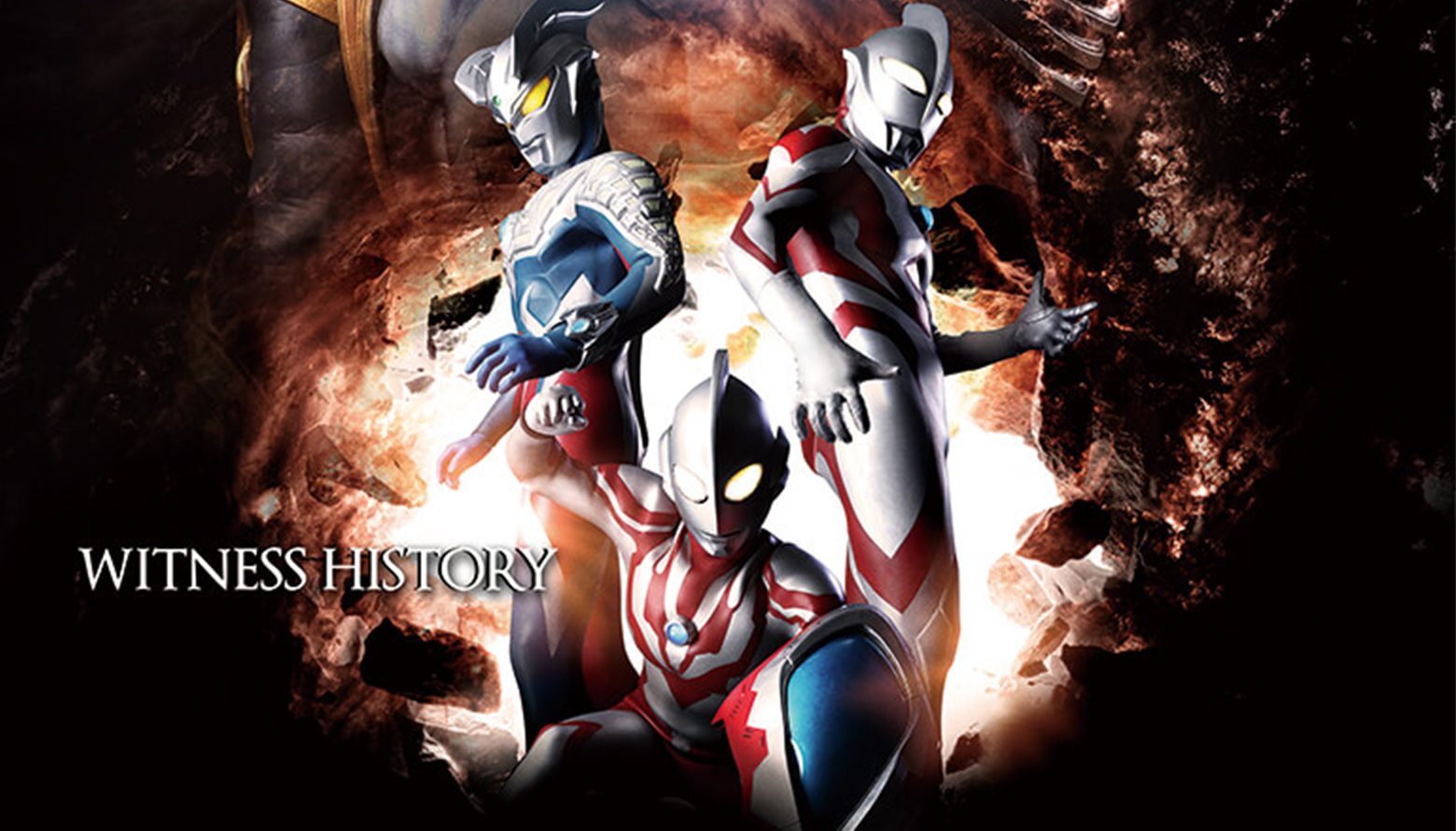 In celebration of 1 million subscribers to the Ultraman Official channel, a new series Ultra Galaxy Fight: The Absolute Conspiracy will be released on YouTube this winter! Special videos from the director and our Ultra Heroes have arrived! Take a look at the trailer:

Ultra Galaxy Fight: The Absolute Conspiracy is the first all-new series designed to be released online and distributed simultaneously worldwide in the 50+ year history of the Ultraman series. The first show in the series, Ultra Galaxy Fight: New Generation Heroes, was launched on YouTube in 2019. Since its premiere, the series has gained more than 40 million views within ten months and 100 million views in China. Fans all over the world continue to enjoy the series, and thanks to their energetic support, the YouTube channel has reached over a million subscribers. Watch the original series here:

The eagerly awaited sequel to New Generation Heroes, titled Ultra Galaxy Fight: The Absolute Conspiracy, will begin simultaneous broadcasting on YouTube in the winter of 2020 to celebrate the channel reaching one million subscribers. Together, the ten episodes will add up to about ninety minutes in total and will be packed with terrific drama and exciting action. Each episode will be released weekly in both Japanese and English dubbed versions.

Mysterious aliens and evil aliens that shouldn’t exist are attacking!

Zero, Ribut, Taiga, Z (Zett), 80, Max, Mebius, Great, Powered, Grigio, and many more Ultra Heroes must join forces, fight together, and solve this mysterious case, which could end up affecting the whole universe. However, this is only the beginning! A conspiracy is underway – and the threads of it are intersecting. What is the aim of the golden giant working in the shadows?!

The storyline will connect directly with the all-new Ultraman Z series, where the latest chapter of the epic history of Ultraman begins!

The stories lead to the now airing Ultraman Z.

The new series is set shortly after Ultraman Taiga The Movie: New Generation Climax, and leads up to the beginning of the first episode of Ultraman Z , the newest TV series, now airing on TV Tokyo. By watching the series, fans will be able to enjoy how Ultraman Z connects with the larger universe of the franchise.

Legendary Ultra Heroes from the past series will appear!

Along with Ultraman Zero, Tiga, Titas, Fuma, and Z (Zett), many popular Ultras from different generations and worlds will appear. Stay tuned as we spin a story that transcends generations!

Great, Powered, and Ribut, who fought in different corners around the globe, join together for the first time!

Belial fights in his former appearance before falling into darkness. But why?

Opposite to Ultraman’s silver color, this mysterious new character has gold around his body. He hides tremendous power and operates from the shadows. He seems to be interested in the Land of Light, but his real intentions are unknown…

The amazing action directed by Koichi Sakamoto is a must-see! A special commentary video from the director is now available.

Koichi Sakamoto, who directed Ultra Galaxy Fight New Generation Heroes, will continue to be the man behind the megaphone for our newest series. He is well known for his work with popular hero and action series in the United States, both as a director and executive producer. In Japan, he directed Mega Monster Battle Ultra Galaxy: The Movie (2009), which is the first of Ultraman Zero’s many appearances, along with other Ultraman film and TV series. He has also had a hand in a number of other popular hero series and is a leading figure in action shows in Japan. The action scenes scattered throughout the show are his specialty and are a must-see. Please enjoy Director Koichi Sakamoto’s commentary as he speaks about his passion for the newest series.

A special video from Ultraman celebrating one million subscribers on our official YouTube channel!

To celebrate reaching one million subscribers, we have uploaded a special video to our ULTRAMAN OFFICIAL YouTube channel in which the Ultra Heroes thank all our fans around the world. Please stay tuned as the excitement continues with our newest series, Ultra Galaxy Fight: The Absolute Conspiracy.