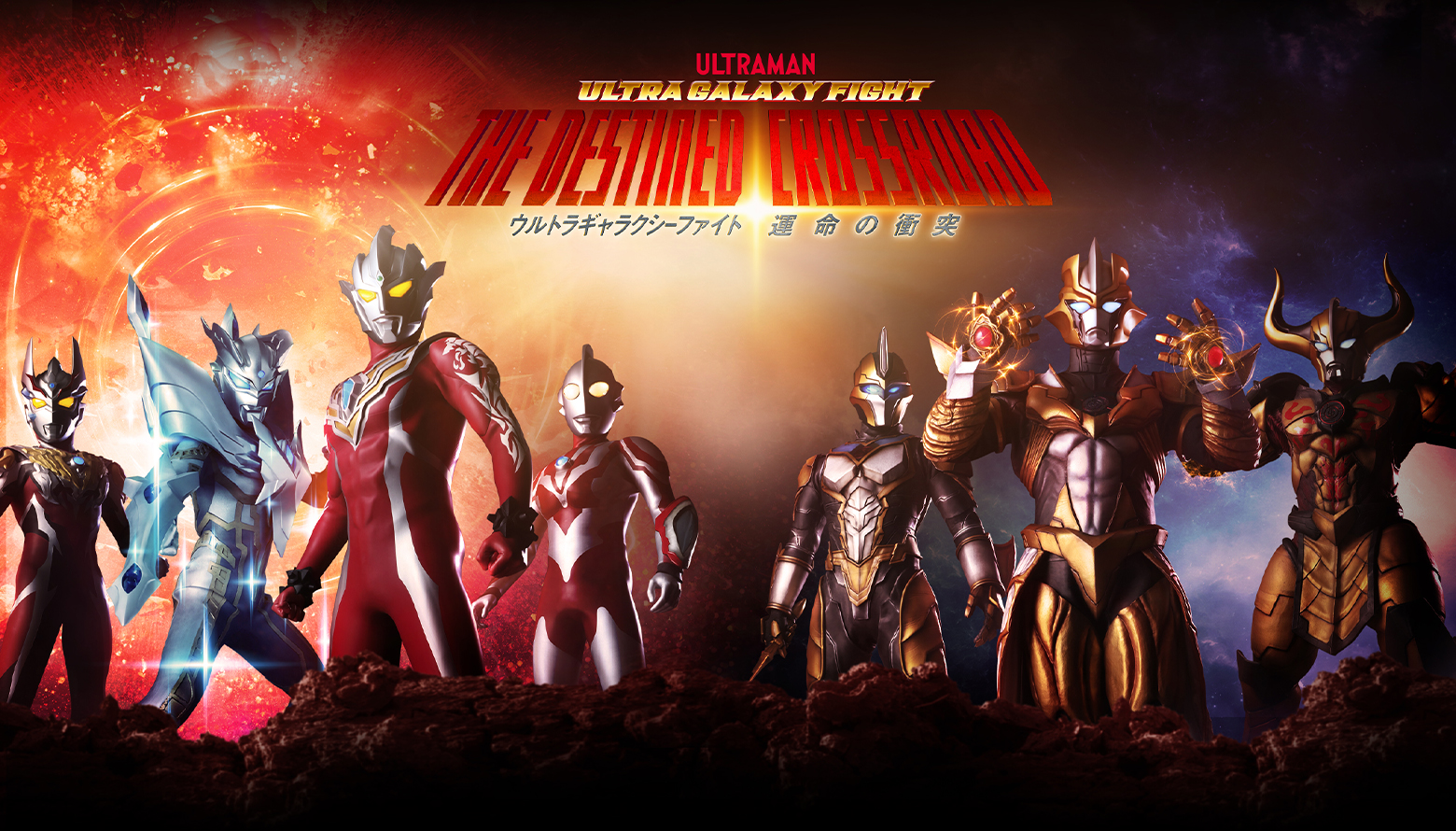 What a stunning trailer! Ultra Galaxy Fight: The Destined Crossroad released its extended trailer, and fans received a vision of the biggest conflict ever depicted in the Ultraman Series, headed to fans on May 28th. Check out the trailer here:

A direct sequel to last year’s Ultra Galaxy Fight: The Absolute Conspiracy, we rejoin the Ultras as they find themselves up against some of the most powerful and relentless opponents in the history of the franchise. Even just under two minutes of this much concentrated Ultraman action might be overwhelming for fans, so your friends at Ultraman Connection are here to break it all down for you! Let’s start from the beginning and begin!

Are You Tough Enough?

The trailer begins with the prophetic words of Ultraman King, fearing an escalation in the conflict between the Ultras and Absolutians. Clearly he has good reason to be worried, as a shot of the Kingdom shows exactly how numerous the forces of the Absolutians are, including Tartarus, Diavolo, and the mysterious Titan. Tartarus grimly states the necessity of annihilating the forces protecting the Land of Light. However, Titan may be the biggest threat of all, confidently stating that he will dispatch any foe that threatens the Kingdom, his true eyes flashing with power behind what appears to be a masked helmet.

The power of the Ultimate Life Form is certainly intimidating, and the Ultras are clearly pushing themselves to the limit training for the battles to come, but the Absolutians themselves are not the only foe, We see the faces of known threats like the Parallel Ultraman Belial and Ultraman Tregear, as well as new foes, like the mysterious Grigio Darkness and Gina Spectre. There is a moment here where Astra is shown screaming as he courses with golden energy in front of a mysterious gateway; is it one of triumph or tragedy?

The Ultimate Vs. The Absolute

As the conflict begins in earnest, several incredible moments flash before our eyes, hinting at the magnitude of the conflict. Round Two between Absolute Tartarus and Shining Ultimate Ultraman Zero! Parallel Ultraman Belial wielding the living sword Beliarok! Ultrawoman Grigio battling against her dark counterpart and Gina Spectre! And is that the return of the super fusion Ultraman Reiga?!

Perhaps most compelling is the conflict between Absolute Diavolo and Ultraman Regulos. Little is known about Regulos, but as stated in the trailer and in previous reveals, he is the master of the Cosmo Beast Style of Planet D60. Diavolo himself is also trained in the Cosmo Beast Style, utilizing the Juggernaut Charging Bull Strike in contrast to Regulos’ Red Dragon & White Tiger Strike. Clearly the two have some kind of relationship, and it appears that their clash will be a major highlight of The Destined Crossroad.

The trailer holds one more tremendous reveal, right at the end, as Titan finds himself facing an unexpected trio of heroes: Ultraman Chuck, Ultraman Scott, and Ultrawoman Beth, the Ultra Force! These three first appeared in 1987’s Ultraman: The Adventure Begins, known in Japan as Ultraman USA, and are a long-absent group of fan favorites! If you were looking for even more reasons to be excited for the third entry in the Ultra Galaxy Fight series, here are three of the biggest!

After all these reveals, one would imagine that there would be nothing left to tell fans, but there’s one more big surprise here that we at Ultraman Connection are overjoyed to report:

The premiere and initial global release of Ultra Galaxy Fight: The Destined Crossroad outside of Japan will be EXCLUSIVE to Ultraman Connection!

If you want to be one of the first to see the biggest battle in the history of the Ultraman Series, join Ultraman Connection today with a FREE membership, and get hyped for the show on our Discord!