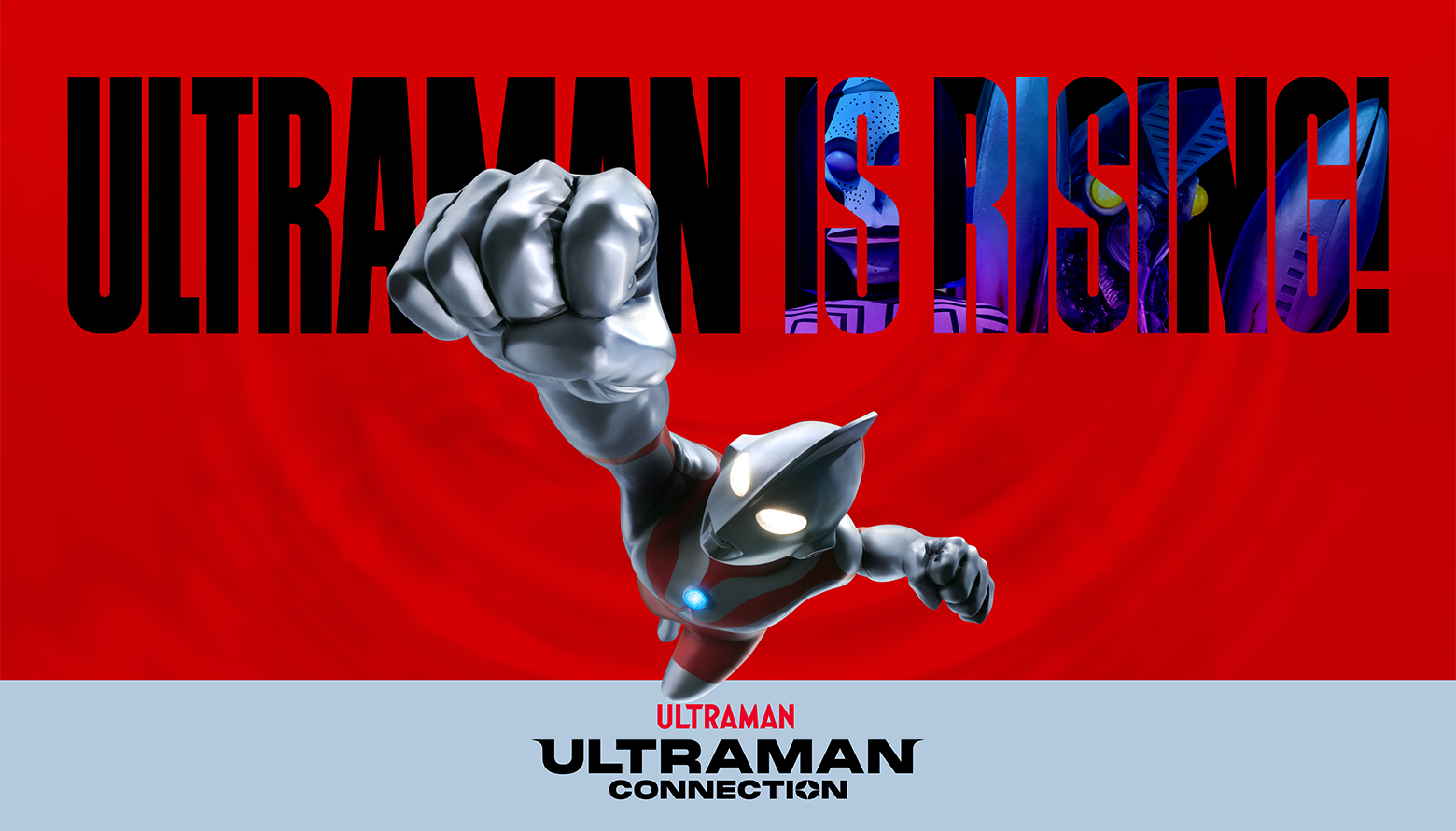 The celebrated superhero Ultraman and his cohorts will perform in live shows and personal appearances for the first time ever in the United States at the Anime Expo convention, July 1 – 4 at the Los Angeles Convention Center. In a major transmedia project coproduced by Tsuburaya Productions and Iceberg Theory, Ultraman, Ultraseven, Dada, Alien Baltan, and heroes from the smash hit Netflix anime ULTRAMAN, will appear in specially designed live stage settings during major events throughout the convention. Ultraman is one of the most recognizable characters in the world with ongoing series totaling over 1,400 episodes and dozens of feature films, most recently Shin Ultraman, which has generated over 3 billion yen in Japan since its May 2022 theatrical release. But the franchise has had little airplay in North America since the early 1990s. With anime ULTRAMAN as its vanguard, the 40-meter-tall silver and red Giant of Light hailing from the M78 Nebula is about to change all that. Although Ultraman is most famous for various television series incarnations, a live venue version of the show, complete with spectacular battles between Ultra Heroes and their giant Kaiju foes has toured Japan for decades. The expo marks the first time the show has reached North American shores. The participative storyline and promotion, dubbed Ultraman Rising was developed by producer Jeff Gomez, creative supervisor of Iceberg Theory’s Ultraman Connection international fan hub. The Hunt for Dada and Baltan narrative will unfold over several “chapters,” which will include panels, performances, and prizes throughout the convention’s 4th of July weekend. These include:

When marauding Kaiju crash the stage, Ultraman arrives to drive them off! Host Sean Nichols (star of Ultraman Max) will trigger the promotion by asking convention-goers to post photos of the monsters to social media so the Unidentified Capture League (UCL) can grab them.

These are daily opportunities for convention-goers to Hunt Dada and Alien Baltan, spotting and photographing Ultraman Kaiju as they walk the floor.

Fans will be invited to take photographs with manga publisher HERO’S version of ULTRAMAN.

Co-directors Kenji Kamiyama & Shinji Aramaki will answer audience questions after the first screening ever of the theatrical edition of the hugely popular Netflix series’ first season.

A celebration of the new age of Ultraman featuring major announcements that will set the stage for the future of the franchise. Guests include Shannon Tindle & John Aoshima (co-directors of an all-new Netflix Ultraman feature with animation by Industrial Light & Magic), Shinji Aramaki & Kenji Kamiyama of Production I.G., Mat Groom & E.J. Su, creators of the new Marvel Comics Ultraman series), and an array of anime ULTRAMAN characters in live performance.

Mat Groom, E.J. Su, and Jeff Gomez will have special announcements about the future of Ultraman’s Marvel Comics incarnation, plus an Ultra special guest! Hosted by Whitney Van Laningham of New Rockstars.

Host Sean Nichols interviews Kenji Kamiyama and Shinji Aramaki of Production I.G., one of the most famous of all Japanese anime studios.

At the height of Anime Expo’s farewell, Sean Nichols will thank convention-goers for helping to find and trap almost all the Aliens and Kaiju who have invaded the show. But the last of them crash the stage. They are demanding a final showdown with Ultraman! SHUWATCH! Expect more Ultraman news from Tsuburaya Productions throughout the Anime Expo 2022 weekend.

Tsuburaya Productions Co., Ltd. is an independent television and film production company founded in 1963 by well-known special effects man Eiji Tsuburaya. Their most famous program is the Ultraman TV and film series, begun in 1966, has been seen in over 100 territories worldwide and has spawned over 3,000 licensed products. Besides Ultraman, Tsuburaya Productions is a fully integrated production, marketing and events company.

Iceberg Theory is a joint venture of Starlight Runner Entertainment, Elevate Pictures, and New Rockstars Digital Studios. The company develops virtual productions that create engaging worlds that put the customer in the center. We empower content creators to focus on unique creative storytelling and deliver immersive experiences utilizing the latest technology. Mixing multiple levels of live streaming to rich worlds created with realtime game engines, quick-turn graphics packages, COVID safe production strategies and laid overtop of audience platforms that are far reaching and have the ability for deep interactions. We create an alternate universe of your control that delivers one-of-a-kind experiences, connecting the soul of your brand directly to its consumers.

Anime Expo (AX) started in 1991 as “Anime Con” by the members of UC Berkeley’s anime club, Cal Animage Alpha. While AX has grown drastically over the years, the core goal has remained the same: to welcome attendees for a fun and memorable experience. Each year, Anime Expo brings together fans and industry from Japan, the US, and all over the world for the largest celebration of Japanese pop culture in North America. Anime Expo features the best in Japanese entertainment, music, fashion, and video games. Anime Expo is organized by SPJA, a 501c3 non-profit organization with a mission to inspire the world through Japanese animation and culture.