On Friday, September 24th, Ultraman Connection Live: ULTRAMAN OFFICIAL YouTube Special — Featuring S.H. Figuarts was simulcast on the Ultraman Official YouTube Channel and right here on Ultraman Connection, amazing fans with a fantastic guest lineup, big reveals about the future of the franchise, a high-octane stage show, and more! The live special, which lasted roughly an hour, was full of fun surprises for fans and behind-the-scenes information focusing on the Ultra Galaxy Fight series.

The event kicked off with a mysterious video, showing a powerful force, thought to be that of the Kingdom referenced in Ultra Galaxy Fight: The Absolute Conspiracy, tearing through the cosmos and causing massive amounts of havoc and destruction. The CG animated trailer—created by event producers Iceberg Theory and declared as canonical by Tsuburaya Productions—then cut to a news crew on Earth, who were investigating the strange phenomenon and consulting with experts. Suddenly, the force arrived on Earth and from inside it a voice could be heard, claiming to be a representative of the alternate life-form Absolutian. Before the horned figure can say his name, however, the message was cut off…

We were then introduced to our host, Ultraman Max star Sean Nichols (hosting both in English and in Japanese), who showed us a quick highlight reel of past Ultraman Connection Live events! Nichols then introduced his guest panel, Tatsuomi Hamada (Ultraman Geed/Riku Asakura) and Takuma Terashima! The two talked about their experiences working on Ultra Galaxy Fight: New Generation Heroes and Ultra Galaxy Fight: The Absolute Conspiracy. Nichols then revealed to the guests seven beautiful recreations of specific scenes from the two series, incorporating Ultraman figures by S.H. Figuarts. Nichols and the two guests then returned to their seats to give out the Ultra Galaxy Fight Best Scene Awards. Nichols asked each guest to name their Ultra Fun Scenes, Ultra Intense Scenes, and Ultra Surprise Scenes! Hamada and Terashima were up to the challenge, proving themselves to be great sports and knowledgeable about the franchise.

Next up, was the first big reveal of the show, presented by S.H. Figuarts, the brand-new Ultraman Taiga Tri-Strium Rainbow figure! This amazing and highly detailed figure was received as a surprise for Ultraman Taiga’s voice, Takuma Terashima. Both Terashia and Tatsuomi Hamada mentioned that they actually had S.H. Figuarts collections at home, so they were excited to add this newest figure to their sets.

Without giving the audience a second to breathe, the event moved on to another surprise. Arisa Sonohara (Ultrawoman Grigio) was here to present the second reveal—a teaser trailer for a brand-new Ultra Galaxy Fight series. This trailer showed fans a new threat facing the land of light, a new Absolutian! This new threat, combined with the power of Absolute Tartarus, is sure to be one of the greatest threats the Ultras have ever faced. As if that weren’t enough of a shock, the final seconds of the trailer gave us our first look at a brand-new yet-unnamed Ultraman! Finally, the end of the trailer revealed the title of the new series, Ultra Galaxy Fight: The Destined Crossroad, as well as a Japanese release date of 2022.

After the trailer, Koichi Sakamoto, the director of the Ultra Galaxy Fight series appeared to give some details about the new series. Sakamoto presented fans with the third and final reveal for the night—the names of the new characters. The mysterious horned Absolutian (who we glimpsed in the CG intro video) is called Absolute Diavolo, while the new Ultra is called Ultraman Regulos!

Although Sakaomoto couldn’t give more information on Regulos, we did learn that Absolute Diavolo is a warrior that focuses on a powerful fighting style and will be voiced in Japanese by Tokusatsu veteran Teruaki Ogawa. Sakamoto ended the segment by giving asurprise fourth reveal: Absolute Tartarus and Absolute Diavolo will make appearances in Ultraman Trigger: New Generation Tiga!

Suddenly, Absolute Tartarus, Absolute Diavolo, and Ultra-Dark Killer attacked at the Bandai MIRAIKEN studio! First to rise to confront them was Ultraman Ginga. Behind him, the music group Voyager appeared and started performing onstage, thrilling the audience to some of their best Ultraman theme songs. Next, Ultimate Shining Ultraman Zero arrived to fight Absolute Tartarus, in intense hand-to-hand combat. After that battle, Ultraman Taiga in his Taiga Tri-form battle the Space Fear-Demon Zett in a melee weapon-based fight, using the Taiga Tri Blade. After Zett was fought off, Ultraman Ribut faced off against the powerful new foe Absolute Diavolo but was overpowered when Ultra-Dark Killer and Zett reappeared.

Rising to the occasion, Arisa Sonohara and Tatsuomi Hamada transformed into Ultrawoman Grigio and Ultraman Geed Galaxy Rising, to assist the desperate Ultraman Ribut! In a climactic final battle, all of the Ultra heroes and Kaiju came back to the stage, fighting simultaneously. After a fierce battle, the Ultra heroes were at last able to defeat the Kaiju, ending the incredible live event!

After the credits concluded, there was a quick epilogue to the CG trailer. We saw a spacecraft being abandoned in the wake of the Absolutian attack, as escape pods were being jettisoned. But over a viewscreen on the bridge we see lettering in the Ultra Language. The fans watching the show were able to translate it almost immediately: it was a message of hope from the Ultras—a promise that they would rise to meet the Absolutian threat! 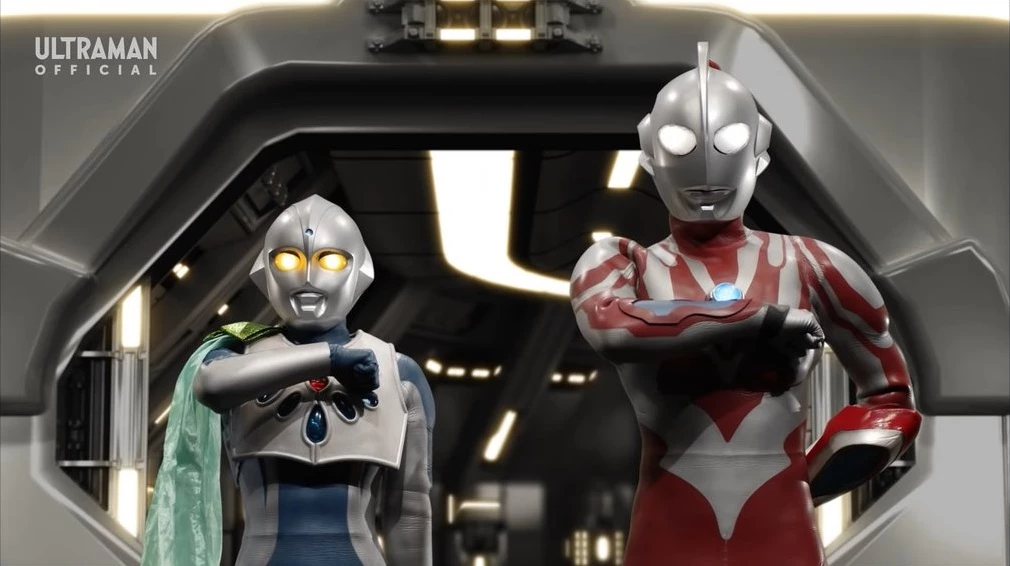