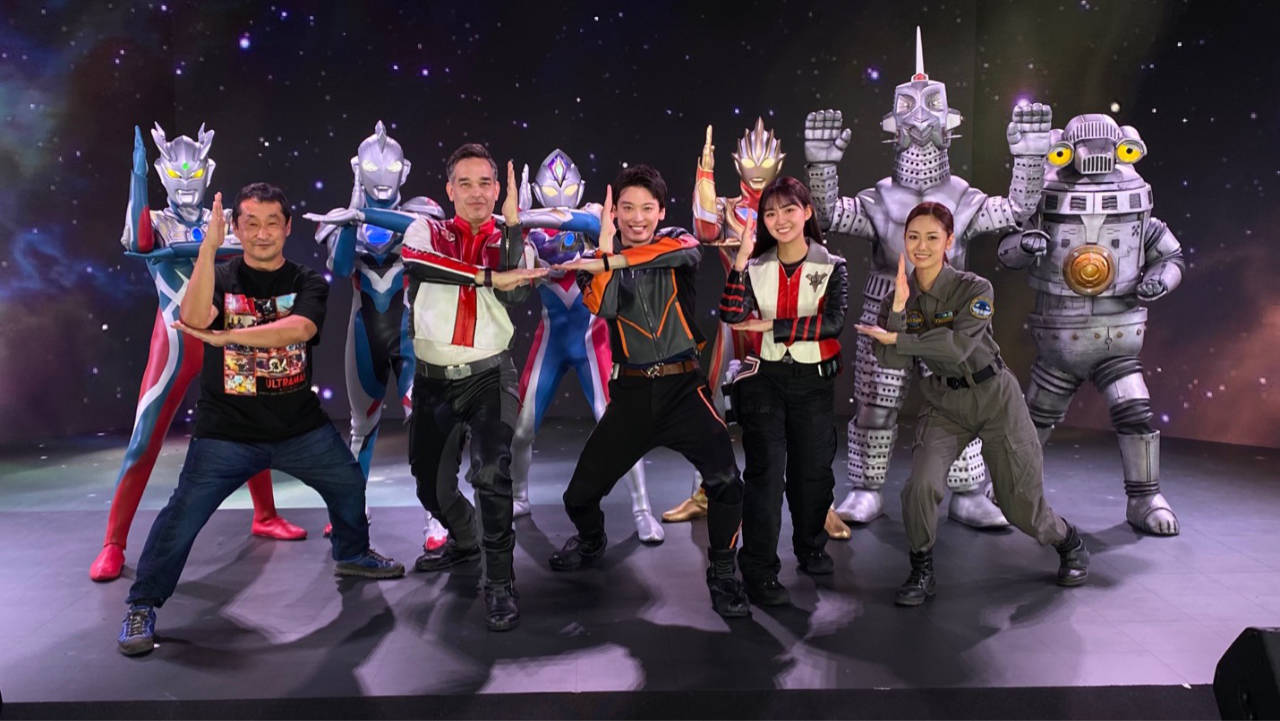 Last week, YouTube was the home of a very special, Ultraman Connection-powered show: Ultraman Connection Presents: Tamashii Nations Special Streaming featuring Ultraman Trigger! This show, the second of its kind since 2021, was a special international presentation focusing on the upcoming Ultraman Series releases by global toy powerhouse Tamashii Nations. The show is still available here on the Ultraman Official YouTube Channel, but here’s a photo-filled summary of what happened!

The show started with a look back in time, when the young Ultraman Zero was still deep in training to redeem himself after the crime of approaching the sacred Plasma Spark. Bound by the weighted Tector Gear and under the tutelage of Ultraman Leo, this Zero had not yet honed the sense of heroism that defined the New Generation that followed him—something the sinister Absolute Tartarus took advantage of, appearing before this young iteration of Zero and tempting him away…

After that, perennial Ultraman Connection host Sean Nichols, known for his role as Sean White on Ultraman Max, greeted fans from all over the universe, introducing and explaining the premise of the show, a star-studded reveal of the upcoming Tamashii Nations UltraArts S.H. Figuarts subline.

From there, the reveals began in earnest, with Sean and Matsumoto checking out the new S.H. Figuarts Ultraman Decker Flash Type figure, before revealing the new S.H. Figuarts Mini Ultraman Decker Flash Type and Kanata Asumi! The various guests ooh’d and ahh’d over the cute, chibi-style interpretations of the latest Ultraman Series hero, while sadly noting that a Sean White figure was still nothing but a dream.

Next, Sean welcomed Matsuda over to where several of the released UltraArts S.H. Figuarts for her series, Ultraman Z, were sitting, including most of the heroic STORAGE Team Mechas. Sean and Matsuda briefly bonded over the appeal of the S.H. Figuarts SC-1M Space Sevenger figure, before revealing the final member of the STORAGE team: S.H. Figuarts SC-2 Windom! The heroic mecha (formerly Capsule Monster!) fills out the STORAGE team, complete with multiple cool effect parts!

After that, Sean brought Sakamoto out to discuss not just S.H. Figuarts, but his own works—including the upcoming Ultraman Regulos! Shugo Nakamura, the Japanese voice actor for Ultraman Regulos, delivered a pre-recorded message expressing his excitement for the series and his love for the character, as well as revealing the new song he wrote, produced, and performed for the special, “Fist of Hope”.

Then, the focus returned to the UltraArts S.H. Figuarts releases, as Sakamoto revealed a figure celebrating both his first Ultraman Series work in Mega Monster Battle UItra Galaxy: The Movie, but also his latest work in Ultra Galaxy Fight: The Destined Crossroad: S.H. Figuarts Tector Gear Zero! Depicting Ultraman Zero in the restrictive Tector Gear he trained in, just as we saw in the opening stage scenario! The figure also promises to come with a miniature Pigmon figure, to recreate the iconic scene from Ultra Galaxy Legends!

Toyoda was the last guest to come up and make a reveal, talking about her time since Ultraman Trigger, and her appearance in the most recent episode of its sequel, Ultraman Decker (which you can watch commercial-free right here on Ultraman Connection). Before the figure was shown, there was a special video introduction by Ultraman Trigger himself, Kengo Manaka’s actor Raiga Terasaka, revealing that the final introduced figure would be UltraArts S.H. Figuarts Glitter Trigger Eternity, the golden giant empowered by the Eternity Core!

Glitter Trigger Eternity comes with all the accessories of the hero, and even a bonus Ultra Dual Sword to recreate scenes from the crossover with Ultraman Decker! Even Sakamoto, who directed Trigger, had to come up and admire the cool look of the figure.

With that, after a final trailer for Ultra Galaxy Fight: The Destined Crossroad (also now available on this site), the show should have come to an end… Unfortunately, the monstrous Alien Reguran and Moravia crashed the stage to cause chaos instead! Kanata Asumi leaped to the rescue, transforming into Ultraman Decker to battle the threats, but was almost overwhelmed, before Ultraman Trigger arrived to help even the odds!

Though the immediate threat was stopped, the two Ultras feel some misgivings, with Trigger sensing that the two monsters had somehow been brought from the past, and Decker wondering with some dread who would do such a thing. He gets his answer soon after, as Absolute Tartarus arrives, engaging in combat with Ultraman Z!

Sensing three of his foes right where he wants them, Tartarus unleashes his strongest pawn—the young Ultraman Zero, still locked within the Tector Gear! Continuing to whisper temptation into Zero’s ear, Tartarus sends him to fight the heroes while he continues his pursuit of the limitless energy of the Eternity Core. Handicapped by a fear of hurting their friend and mentor, the Ultras struggle against Zero.

Unable to find a solution, Trigger plans to harness the Eternity Core’s power to stop him, only to be attacked by another pawn of Tartarus’, the mighty Dark Lugiel! Using his evil powers, Lugiel takes Trigger off the board by sealing him in the miniaturized form of a Spark Doll and handing him to Tartarus! Now having lost one of their allies, the battle becomes that much more difficult. Decker pursues Tartarus and Trigger, while Zett fights against the younger version of his master.

The battle was one-sided, with Zett unable to stand up to Zero’s raw strength and skill but managed to pour his feelings into a lone punch that pierced through Tartarus’ brainwashing and freed Zero’s noble heart. Reminded that his strength comes from his drive to protect and care for others, Zero was able to shed the Tector Gear and fight at full strength, alongside the Ultras! His teacher, Ultraman Leo, noted with pride the development of his student, as Zero beat back Lugiel, evening the odds.

Decker, meanwhile, is struggling against the more experienced Tartarus, when all of the sudden, Yuna Shizuma of GUTS-Select arrives to help free Trigger, joined by Yoko Nakashima of STORAGE! (A big thanks to everyone’s favorite talking sword, Beliarok, for facilitating this meeting!) Yoko boards the SC-2 Windom to aid Decker against Tartarus and the resummoned Moravia, blasting back the latter with a sweet missile barrage.

Taking advantage of the confusion, Decker grabs Tartarus, and, using the help of her enemy-turned-friend, the late Darrgon, Yuna blasts Tartarus, freeing Trigger from his clutches! With the four Ultra Heroes and Windom assembled at last, the final melee begins!

Trigger seeks to strike back against Dark Lugiel for his imprisonment, but Lugiel has pawns of his own, summoning the vicious Dark Zagi to aid him against the Ultra-Ancient Giant. Faced with 2-on-1, Trigger transforms into the spectacular Glitter Trigger Eternity, the golden hero channeling the power of the Eternity Core to destroy both dark warriors.

Windom finds itself in a similarly troublesome 2-on-1 when Alien Reguran and Moravia team to attack, but Yoko is saved in the nick of time when STORAGE’s trusted senior mechanic, Bako, shows up in Sevenger to join forces and even the odds! Zett and Zero arrive shortly after, and the four allies join with the mechas in a finisher barrage, destroying the threats!

Finally, Decker and Glitter Trigger Eternity confront Tartarus beneath the Eternity Core, the golden villain using its power to summon his last trump card: Evil Trigger! The corrupted giant is strong, dangerously so; but that only makes the two heroes’ resolution stronger, as the aid of the other Ultras, and even Yuna and Yoko channeling Yuzare’s power, give Trigger and Decker the energy to grasp victory against the villains, destroying Evil Trigger once again and forcing Tartarus to retreat.

With the day saved, the show could finally end. The Ultra Heroes and show guests said their final, happy goodbyes, and Sean wished the fans a fond farewell.

Fans truly seemed thrilled by Ultraman Connection Presents: Tamashii Nations Special Streaming featuring Ultraman Trigger. The stage battle, directed by Sakamoto himself, was unique in that it could very well fit into the canon of the Ultraman Series, and current continuity of Ultraman Trigger, Ultraman Decker, and Ultra Galaxy Fight—a true transmedia experience. We are all hoping for more in the near future!

Was this article fun to read? The video is even better and is still available on the Ultraman Official YouTube Channel. And if the stories of Ultraman Z, Ultraman Trigger: New Generation Tiga or the currently airing Ultraman Decker interest you, feel free to watch them completely free for registered members here on Ultraman Connection.com! 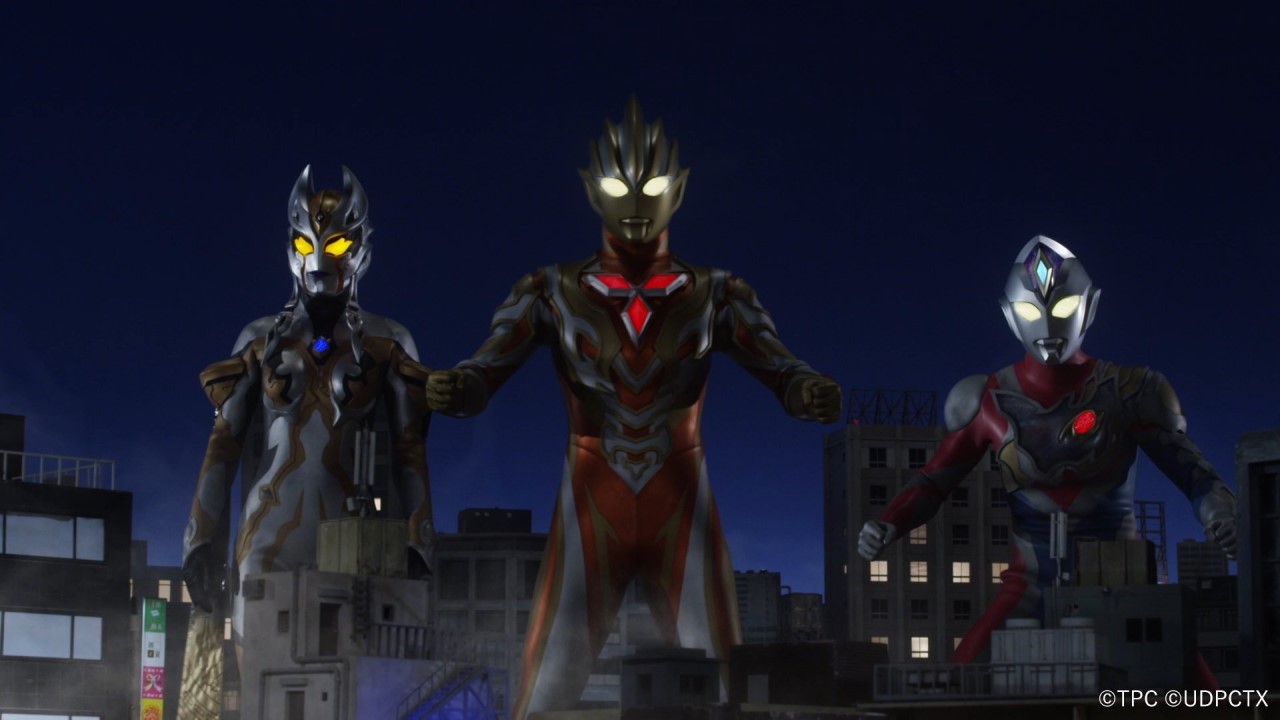