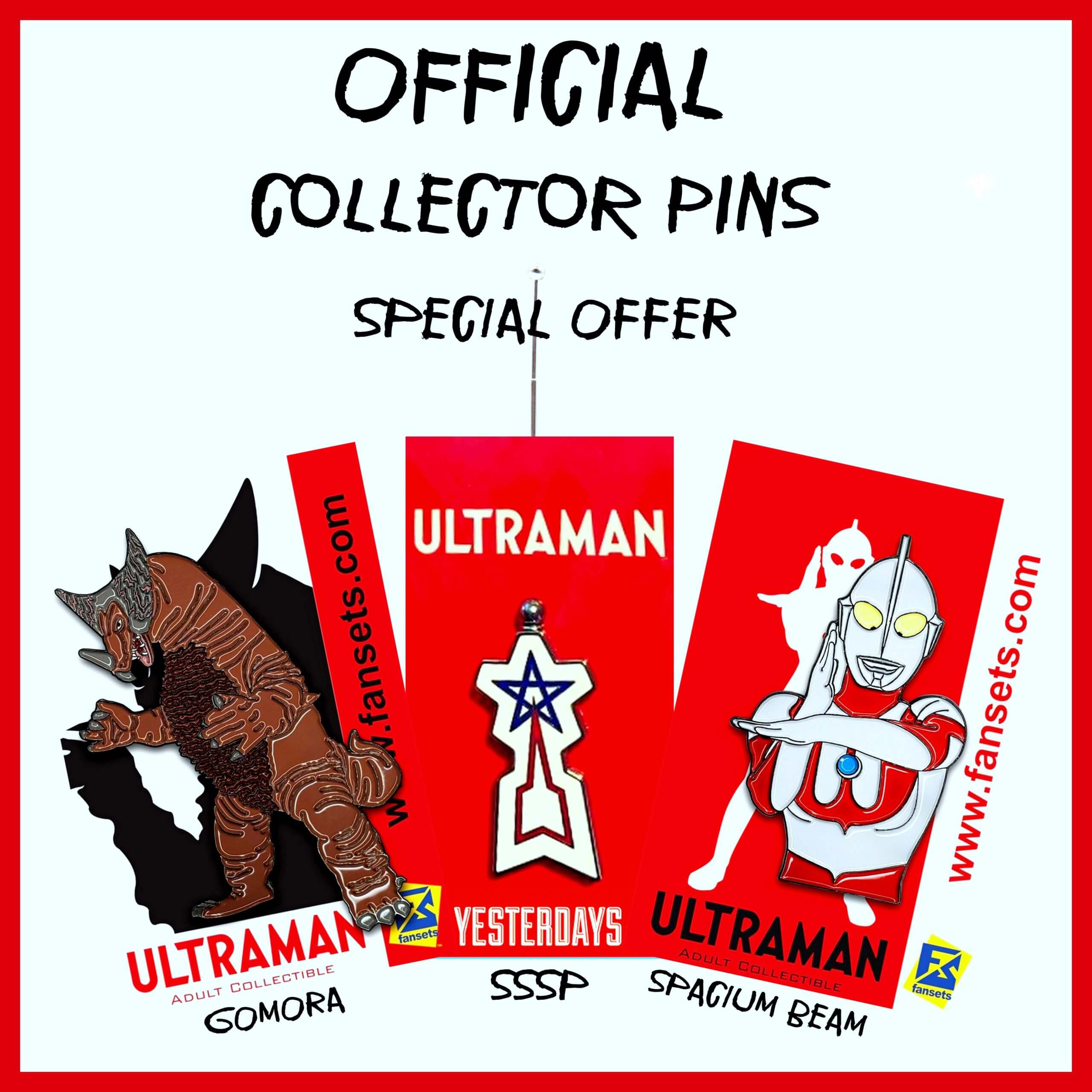 Ultraman fought only when he had to protect Earth; when he battled the aliens and monsters (Kaiju) he did so, using a variety of moves meant to subdue his adversaries. But sometimes the Kaiju would not heed his orders and he was forced to use more powerful attack methods.

Available from FanSets, this classic pin is approximately 2” and can be displayed using the backer card or, more impressively standing on the clear plexi FanStand sold separately.

All Ultraman collectors must have this FanSets Spacium Beam pin priced at $6.95.

Also from FanSets is the ever-popular, extremely powerful kaiju Gomora, the Ancient Monster, which appeared in episode 26 “Monster Highness (Part 1).” Although fierce looking, the Kaiju did not intend to harm humanity, but accidently awakened during a transport mission. However, at 20,000 tons and 40 meters, Gomora is quite the adversary.

Fansets has priced this 2.5” collector pin at $8.95. Add the plexi FanStand to create a cool display.

FOR THE JULY 10 CELEBRATION, FANSETS IS OFFERING A 10% DISCOUNT FOR ANY ULTRAMAN PIN PURCHASED JULY 10-JULY 13.

USE THE CODE “SPACIUMBEAM” AT CHECK OUT.

The five-pointed star, (straddling a rocket ship) is the symbol of the SSSP (also known as Science Patrol), the group of humans that looks for threatening aliens and monsters (Kaiju) on Earth. Not only are they bound and determined to keep the invaders from harming mankind, but they have among their members a very important person: Shin Hayata secretly becomes the host of Ultraman.

As the SSSP protect the streets, they communicate by two-way radio. But not your typical radio; this little radio is part of the insignia on the uniform of the Science Patrol and can be activated by raising a tiny antenna from the star in the emblem.

This silver-plated hard enamel pin created by Yesterdays is 1 ½ “ tall with a 3″ telescoping antenna and dual post black rubber backers.

It includes (2) 7mm pin keepers and an allen wrench.

All Ultraman pins available from Yesterdays