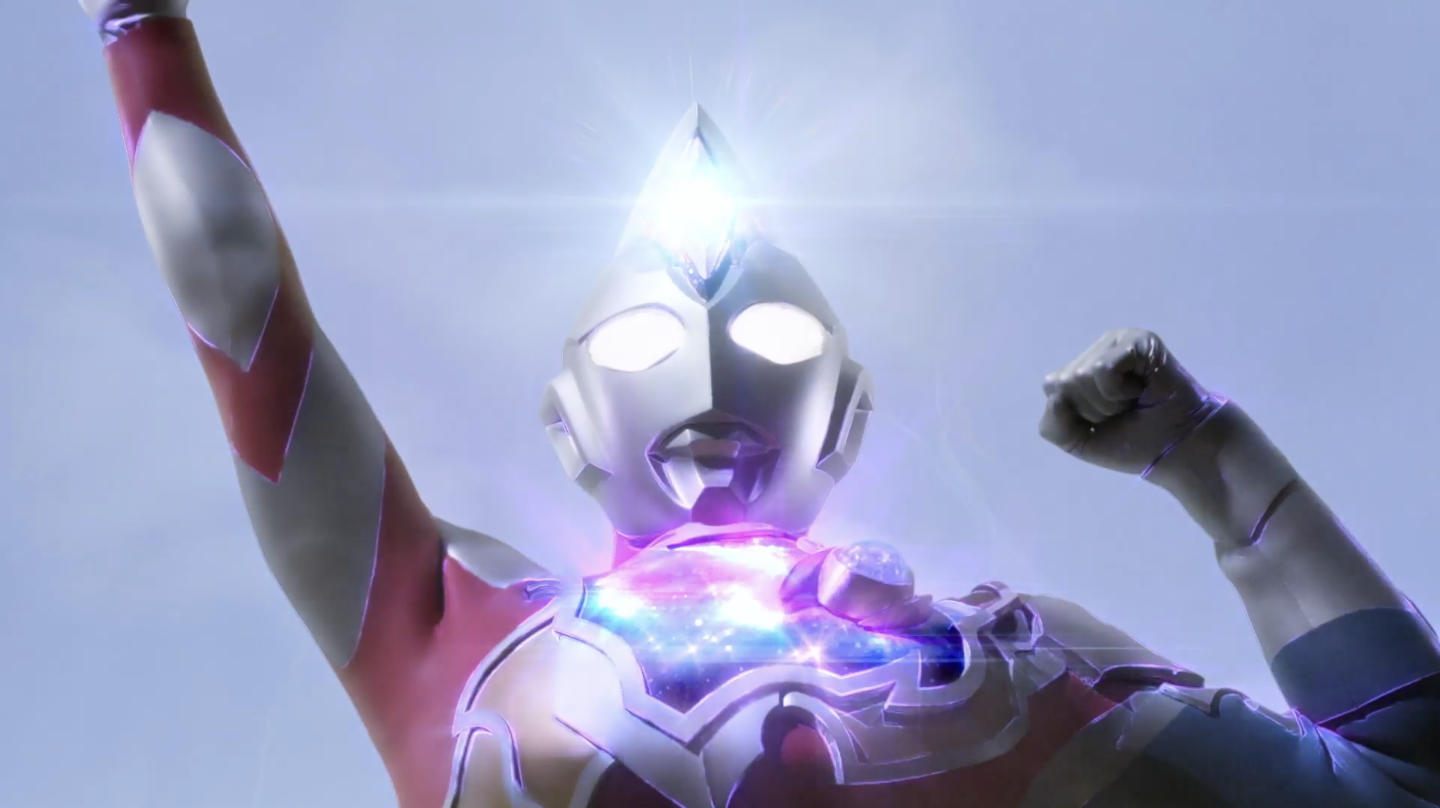 Ultraman Decker premiered with a bang on Friday, July 8th. Quite literally, even; the first scene of the episode started with explosions from a mysterious UFO invasion. But more than that, Decker also picks up from a futuristic version of Earth after the events of previous series Ultraman Trigger: New Generation Tiga, which aired last year. Read on to see how Episode 1, Day of the Attack, sets up an exciting—and dangerous new future!

Spoiler Warning for Episode 1, Day of the Attack after this point! Watch the episode yourself first right here on Ultraman Connection, then come back!

Considering the scale of its setting, the powerful advanced technology humanity wields, and the apocalyptic threats which already threatened them seven years earlier (as last seen in Ultraman Trigger: Episode Z), one might expect Decker to begin its new story by pushing its scope even further out. And humanity in this universe seemed to be very concerned with doing exactly that, pushing its focus outwards into space.

The first episode established a new version of the Terrestrial Peaceable Union (TPU) and GUTS-Select, with automated versions of the Nursedessei and GUTS Falcon which viewers became familiar with during last year’s show. Everyone—from the civilians we see, to the TPU’s board of directors determining funding for the organization—is excited to expand beyond the Earth.

Until the Spheres arrived.

By the end of this first episode, all travel outside of the Earth has been blocked, communications cut off, and humanity left isolated in space. It might appear ironic at first, but this twist does more than just set up a challenge for the characters to face as the show continues. It also reflects one of the major strengths of this premiere: using a smaller, intimate focus on its characters to engage the audience.

In the words of Captain Taiji Murahoshi, “It’s good to move forward. But in order to do so, we need a solid foundation.”

So, let’s take a look at how the cast of characters from Decker helps to build that foundation.

First, there’s the hero of this story - Kanata Asumi. Or at the very least, the main character. He certainly was fired up about being the lead in every job he took on. Whether it was selling his grandfather’s Space Rice Crackers, insisting on giving an elderly customer a ride, or deciding to put his life in danger during the Sphere’s invasion, Kanata attacked any task in front of him with reckless, eager abandon.

It’s easy for viewers to recognize his courage in life-or-death situations, a parallel to how the power of Ultraman Decker responded to his willpower while fighting the Spheres. But within the context of smaller, more everyday scenes, that reckless determination can also seem like more of a character flaw than a heroic trait. This combination of flaws and traits is always necessary to give dimension to characters in a story. In Decker, it helped make Kanata a memorable, engaging protagonist from his first appearances.

Decker also used a tighter focus when introducing the new members of the TPU, and hopeful members of GUTS-Select. Along with Kanata, who joined the team by the end of the episode, viewers also met two other trainees: Ichika Kirino and Soma Ryumon. While Ichika and Ryumon technically are more experienced than Kanata (not a particularly high bar to clear) they are also untested since no monsters had attacked in the seven years since the events of Trigger.

Their new assignments have unexpectedly taken them from the Space Development Division to a new track, responsible for protecting the Earth against destruction. The audience is also in a similar position, now thrust into this story and all the mysteries left at the end of the episode. Because of this, the audience can follow their story from the ground up. Viewers come to care about the universe and the stakes of the battle to protect it, by seeing it through their perspective first.

And the stakes are already high, considering the intimidating size of the monster Decker fights in this episode! The battle against Sphereasaurus is impressive, showing off imaginative special effects and cinematography, creative suit designs, and the dizzyingly detailed miniature sets fans have come to expect from Ultraman productions.

However, a show can only get so far on spectacle alone. More than just being a showcase of explosions, Ultraman productions are unique because of their heart. From the very first Ultraman series in 1966, that heart finds us through the eyes of individual characters and the everyday events the experience. Even now, 56 years later, Ultraman Decker follows that tradition. The show introduces its characters by grounding them in relatable experiences, before throwing those characters and the audience into the proverbial deep end.

There are still many more mysteries to uncover, battles to fight, and characters to be introduced in the coming weeks. Each new episode of Decker will hopefully bring new opportunities for viewers to see these characters grow and become stronger through all these events. It’s an exciting time to be able to start the latest Ultraman series from the very beginning, looking forward to the future and—just like Kanata’s catchphrase—into the beyond! And for everything beyond Episode 1, into the future of Ultraman Decker, stay close to Ultraman Connection!