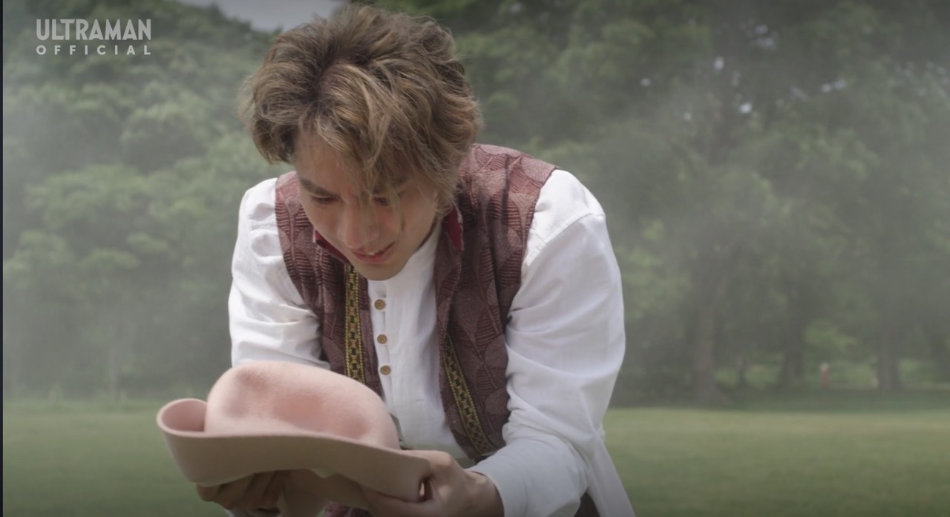 Previously on Ultraman Decker, the war against the Spheres grew more intense, after an ill-fated attempt at using the Spheres themselves as a power source backfired. The Earth was only narrowly saved from complete disaster thanks to the unexpected arrival of a new ally – or rather, an old ally, depending on how one looks at the timeline in this series.

Ultraman Dyna’s help was greatly appreciated by many fans, but it was also necessary to inspire Asumi Kanata, knocking him out of a state of paralyzed anxiety over his mission as Ultraman Decker.

Wait, does that still count as a spoiler now that we’re over a week out from episode 21? Regardless, there will be plenty of other spoilers elsewhere in this recap article, so readers should consider themselves warned if they haven’t seen episode 22, “The Fall of Bazdo” yet.

With the finale only a few weeks away now, things are quickly escalating on all fronts in this episode. Kanata and his comrades in GUTS Select have united in their determination to protect the Earth with all their strength and courage and have found allies with other Ultraman heroes who fight elsewhere in space, or even elsewhere in other dimensions. With those allies, that shared sense of determination, and their immensely powerful advanced technology, they helped to fight back a threat which almost seemed unstoppable last week.

But while the GUTS-Select team has grown stronger over the course of the season, the main antagonist they face – the Alien Bazdo, Agams, who swore vengeance against humanity and the Earth – hasn’t been idle either. Last week, his showdown with the Terraphaser robot against the combined strength of Decker and Dyna ended in a draw. Agams seemingly was forced to retreat after somehow being injured by the Terraphaser itself. The audience learns in this episode that to make the Terraphaser even stronger, he resorted to shockingly drastic means – using the Spheres to give more energy to his giant robot!

The fact that humanity attempted to do the exact same thing last week, with the S-Plasma reactor experiment, is a very intentional bit of irony in retrospect.

Speaking of retrospective irony, this week doesn’t pick up immediately after the big climatic fight at the end of the previous episode. Instead, the “cold” open of the show began with a scene that was unexpectedly peaceful and pleasant, and at first seemed to be a video of a happy afternoon picnic on Earth.

The context for the flashback was quickly revealed as one of Agams’ memories, from his home planet and the life he had before the Spheres destroyed everything.

And I mean everything. Not even his dog was spared! But aside from giving the audience a little more sympathy for the sense of despair and anger Agams still nurtures against humanity, I think this opening scene does something very specific within the Ultraman franchise.

In fact, I think the framing of this scene as something that could easily be mistaken at first for a more mundane, everyday memory from Earth is very intentional as well, and adds even more tragedy onto Agams’ history.

Later, when Agams decides to contact GUTS Select and reveal his past to them, he claims that all this started – in the future – when a ship from Earth crashed on Planet Bazdo. They learned of humanity’s war against the Spheres from that ship, but also of the Ultraman heroes who fought to protect humanity. So, they did what they thought was the right thing, and tried to make use of their own advanced science to help them fight back. 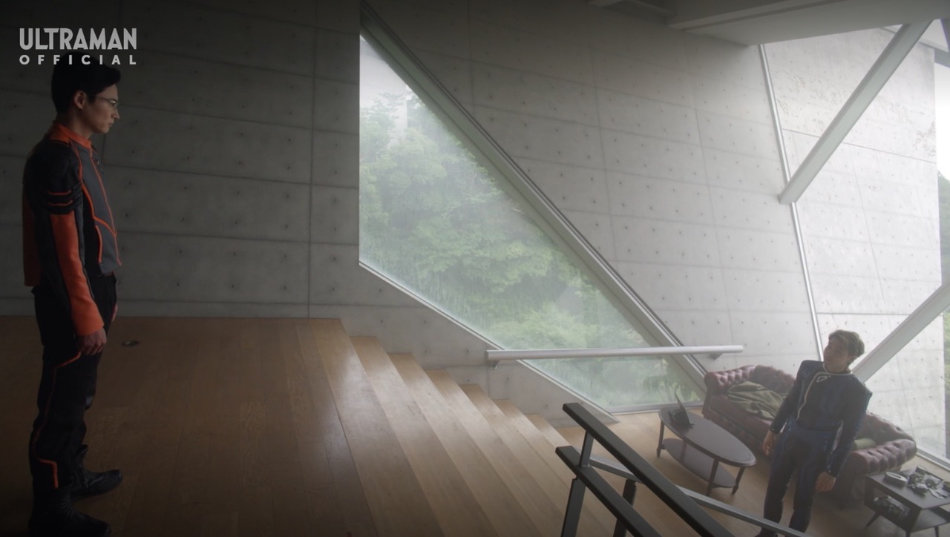 I think that opening scene mirrors what we would expect a familiar scene on Earth to feel like because this sequence of events also mirrors something we’ve seen many, many times over the Ultraman franchise. A chance encounter across space which united alien races together, bringing war but also new connections, new bonds that could create hope – and new strength from that hope. A very similar bond united humanity to Ultraman from the very first series, and we continue to see how those bonds play out in other shows across the 56 years of the franchise’s history. It’s a key theme of the entire universe, you could say!

Only here, instead of bringing new bonds of hope, this chance encounter from across the stars destroyed Planet Bazdo.

This single episode, and Agams’ flashback within this scene, flipped my entire perspective on Agams himself – from an obstinate villain filled with self-destructive rage, to a darkly inverted mirror of humanity itself. It’s all too easy to imagine what human beings would have chosen to do if our planet was destroyed in the wake of, say, Ultraman’s fight against Bemular from the first episode of the original Ultraman series in 1966.

Even more tragically, despite the audience being left with this new understanding and empathy, the conflict against Agams has reached a tipping point. In the previous episode, Kanata literally slapped himself back to his senses and swore to fight as Decker despite his doubts about the possible futures into which his actions could lead. This was shown as a victory at the time, it allowed him to fight as Decker once again, and stand alongside Ultraman Dyna to defeat the terrifyingly powerful Sphere-Geomos.

But Kanata has made one very, very crucial mistake. He thinks that to save the Earth from the Spheres, and to stop Agams’ revenge, he only just has to be strong enough to fight back against them and destroy them first.

As I mentioned, the real power of Ultraman isn’t just about being strong enough to fight and defeat monsters. Rather, it’s about the strength that the heroes from each show create by their bonds with others, across space and time! Readers might think that I’m just griping about semantics here, after all, don’t these episodes just come down to blasting a monster with colorful beams of energy until they explode anyways?

The final fight in this episode shows why the distinction is crucial. Asumi Kanata fights with the power of Decker, with all his strength against Agams and the Terraphaser to try and defeat him once and for all. By this point in the show, his Dynamic Type form represents all the determination he has wrung from the events of each episode since he was first charged by own descendent with protecting the present-day Earth.

And it solves nothing. 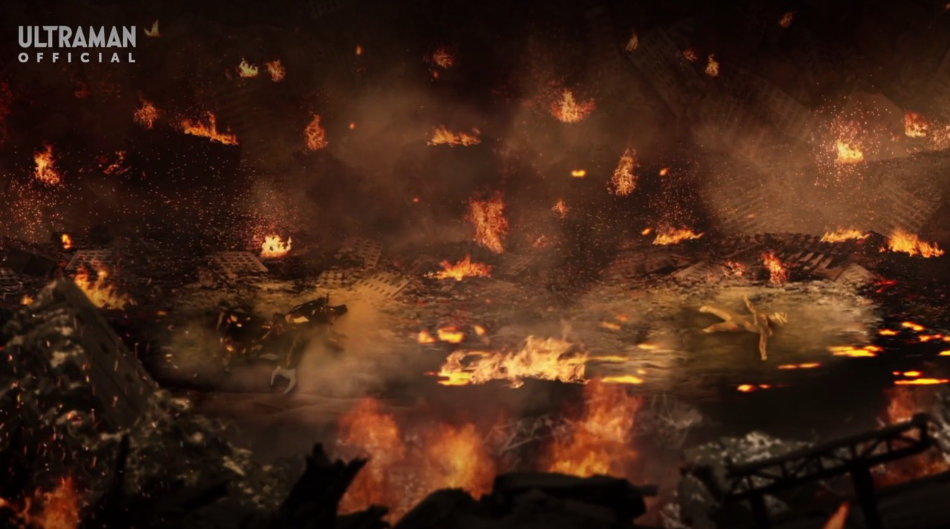 Nothing was saved. Nothing was protected, no one was victorious in the blasted ruin of a square mile of city that was utterly destroyed in the fallout of their explosive clash against each other.

To hammer in this point even more dramatically, Kanata can’t even have any closure from defeating Agams, or making him see the self-destructive folly of his desire for revenge because Agams loses all his memories as a result of the fight.

This particular twist was hinted at in episode 19, after the Spheres reduced Yapool to an empty shell without any memory or identity. I suspected something similar would happen here, after it was revealed that Agams was using the Spheres themselves to power up the Terraphaser. He even used it as a catalyst to accelerate the barrier’s attack against the Earth in this episode. But the timing of this twist couldn’t be worse for Kanata since it robs him of even a pretense of victory at the end of the episode. 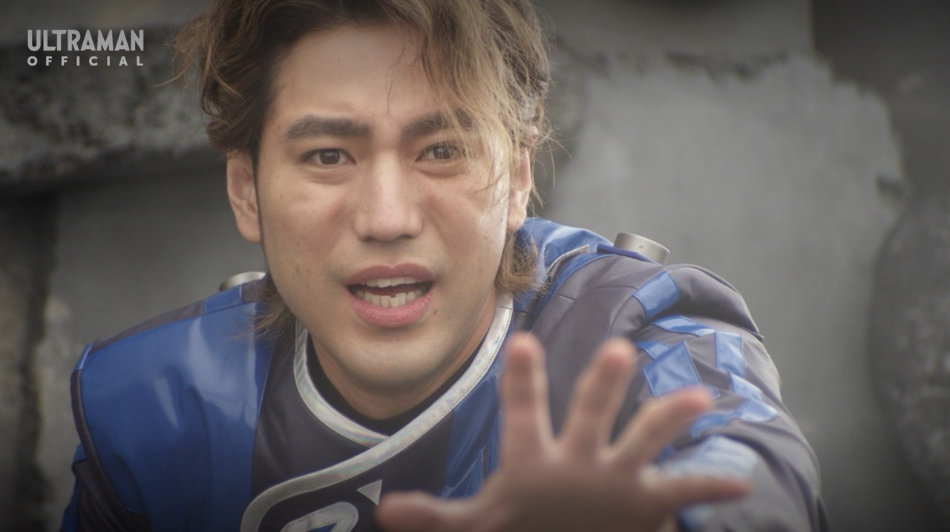 Both Agams and Kanata are left confused, dumbfounded, and directionless when the ending credits for this week hit. Will Kanata still try to fight against Agams, even if he has no memory of his guilt, and fall into the same trap of self-destructive revenge himself? And even if he does try to reach out to Agams – and hopefully accept responsibility for the giant, smoking crater they left in the middle of the city – how can he “save” someone who doesn’t even recall what he needs saving from?

I genuinely have no idea where the plot is going next week, or really, from here on out in the series. But that honestly just makes me more excited to see next week’s episode. It’ll be a tense wait until Friday again to see how things unfold, but I hope my readers will join me then, and stay tuned to Ultraman Connection in the meantime! 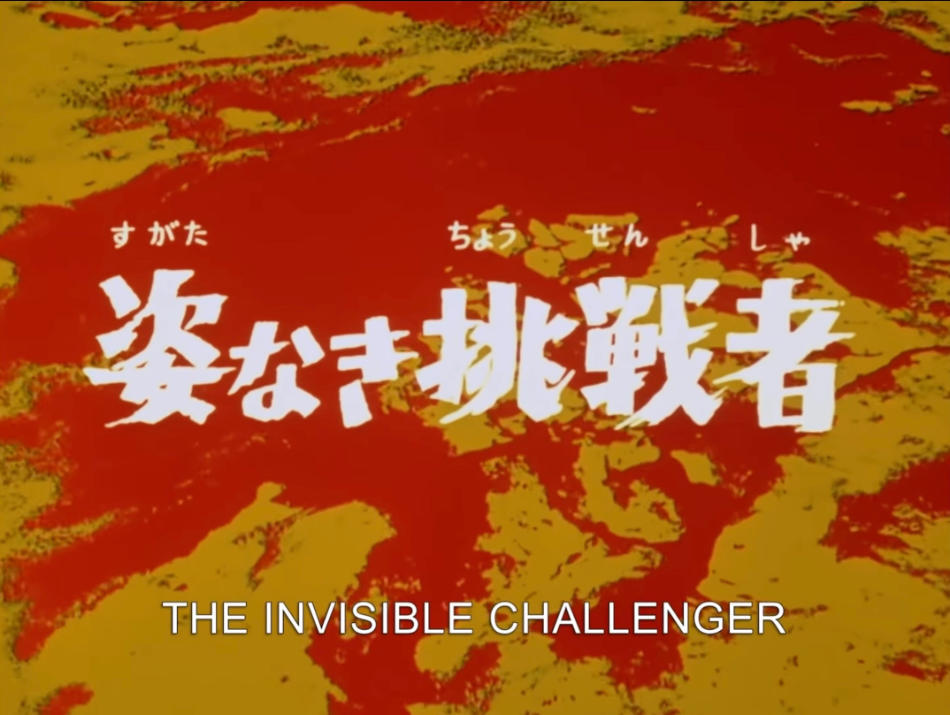