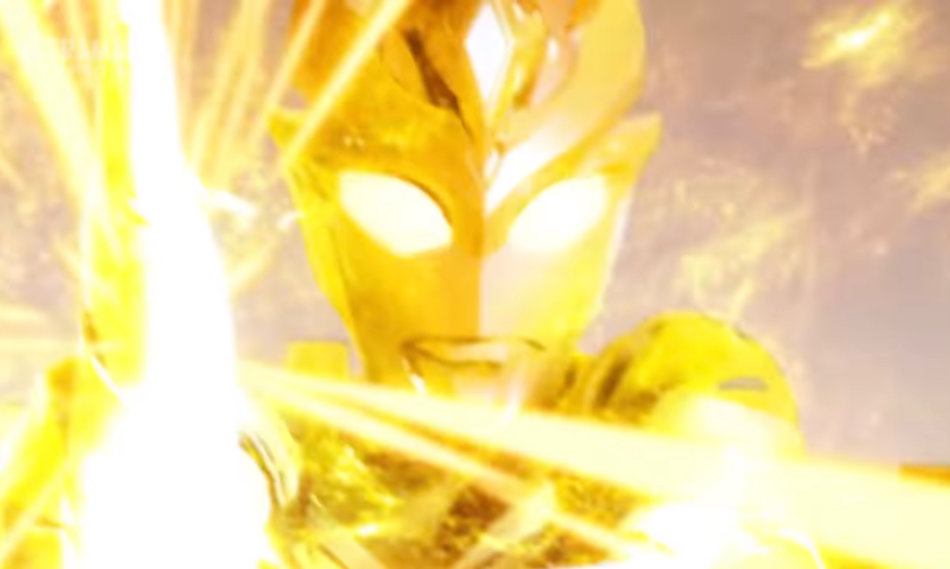 Folks, sometimes there are just episodes. Some Ultraman episodes that are absolutely rich with triumph, with the power of friendship, and utter positivity that makes you cheer for, and wish you could be, an Ultraman yourself.

This is not one of those episodes. This is the end of the world.

I have been enjoying Ultraman Decker every week since it has come out, and I have admittedly had some blind faith that the Sphere invasion, no matter how dire it seemed, would eventually come to ruin against the boundless heart and glorious teamwork of Ultraman and the forces of Earth. I no longer have that certainty. And behind the dire action and hopeless terror of Episode 24, “End of a Dream,” that doubt, that test of faith, frankly, feels like the point.

As we return to GUTS-Select after three weeks of waiting, Kanata wakes with HANE2 and Ryumon, newly aware of his secret identity, watching over him. Kanata quickly swears his teammate to secrecy—one of several secrets he’s keeping, considering Sphere material is growing from his body! Forget saving Agams, who will save him? 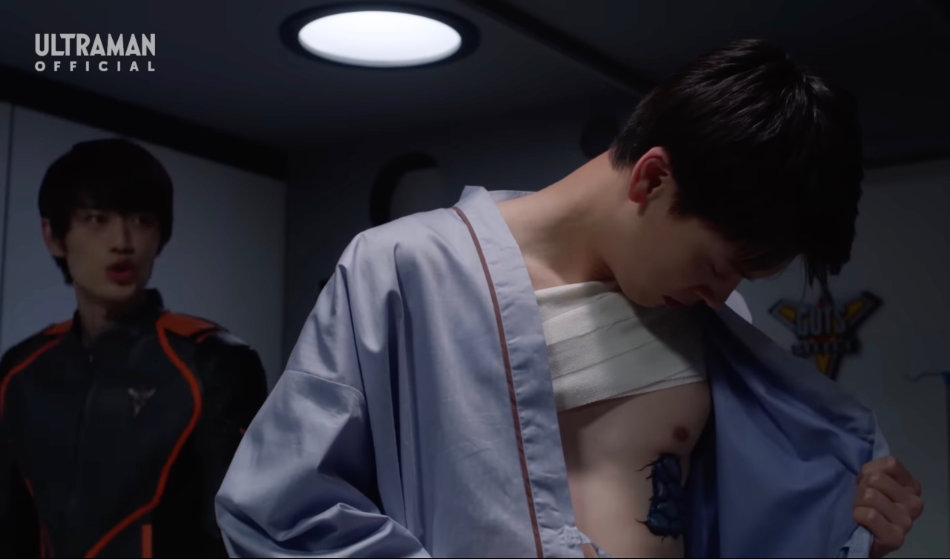 The Sphere and their assimilation of, well, everything, has been both fascinating and horrifying in equal measure since Decker began, and as the series has gone on, a trend has started to show up—namely, that the Sphere is a seed that takes root in imbalance. From rampaging Kaiju to the tortured minds of Agams and Yapool, the Sphere has used chaos within and without to spread and grow… and that it is growing now from Kanata is a worrisome sign indeed.

GUTS-Select, despite the fall of the Nursedessei the previous episode, have not given up the fight in the slightest, and are preparing the counterattack against the approaching Mother Sphere, but they have precious little time—three hours—until the Sphere barrier begins to shrink and the Earth is lost forever. To stop the end of everything, they need to destroy the Sphere Obelisks generating the barrier; a difficult task with their full arsenal, and both jets and the Nursedessei are grounded.

Even with their drive to win, to save the Earth, the situation seems bleak, to say the least. Kanata does his best to keep the mood up, but he himself is facing a dire corruption of his own; and it is progressing.

The combined forces of the TPU mount their assault on the obelisks, and two come down under their efforts… but the costs are dire. Murahoshi seems to be lost first, when the Terraphaser wipes out the Nursedessei in retaliation, then Kaizaki is wounded, if not worse, as the vile automaton continues its assault. Enraged, Kanata becomes Decker to avenge his comrades, but the Sphere contamination has taken its toll, leaving the Ultraman low on power.

Nevertheless, Decker persists! Kanata persists! He engages the Terraphaser, but more importantly, engages Agams. He tries to get through the Sphere hold on him, to reach the loving soul within the grief-corrupted man. And, as their souls clash as brightly as their beams, Decker gets through. 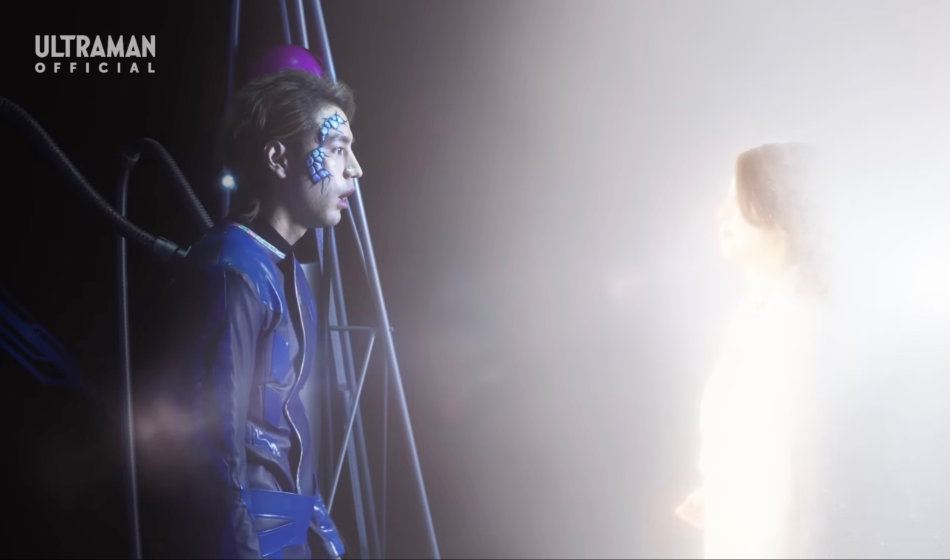 We spoke earlier of the Spheres’ “food,” doubts and negative emotions. It is only fitting, then, that love, joy, and hope, have the opposite effect. And throughout Agams’ life, the thing that has always kept him going, one way or another, is the memory of Laelia. That memory has driven him to acts of utter malice, but in his heart, he has always been a figure of hope.

Agams’s memories of Laelia, of her dream that he once supported, carry Kanata’s words to him, and free him from the Sphere possession, and the two quickly reconcile to destroy the obelisks once and for all, dispelling the barrier. Murahoshi wakes up in the damaged Nursedessei, shaken but fine, and even transmissions from Mars begin to come in.

And then everything goes to hell. 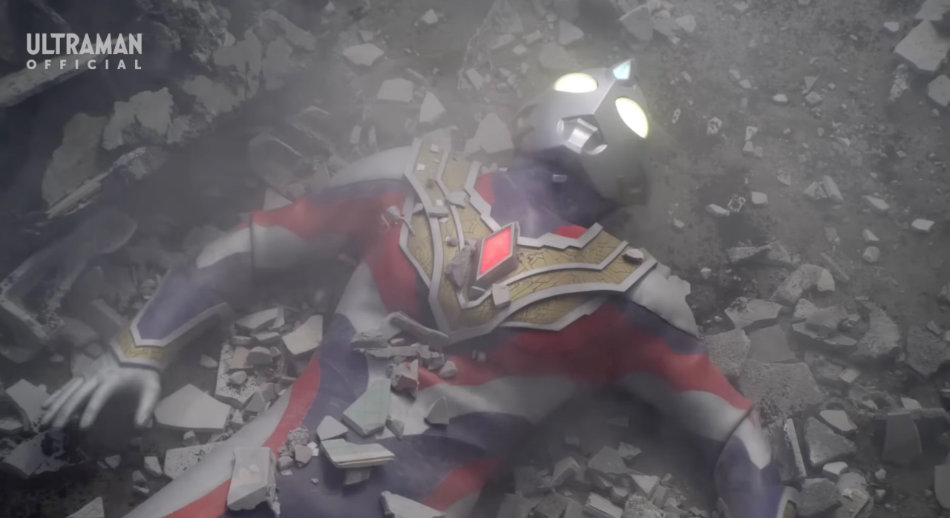 An impact, wreathed in light—the battered form of Ultraman Trigger, having barely survived a brutal battle. And following him, the titanic form of the Mother Spheresaurus.

I watched the remainder of the episode in utter silence, readers. I am generally a boisterous person (it makes me difficult to watch movies with!), and even as an adult I am compelled to cheer for Ultraman and pump my fists when he takes on the various cosmic threats to Earth. This time? I could not speak. I could scarcely breathe. Ultraman Decker has been a story about a bulwark of hope against an endless tide of despair, but now that despair has a face. It has teeth. And it has the planet in its sights. 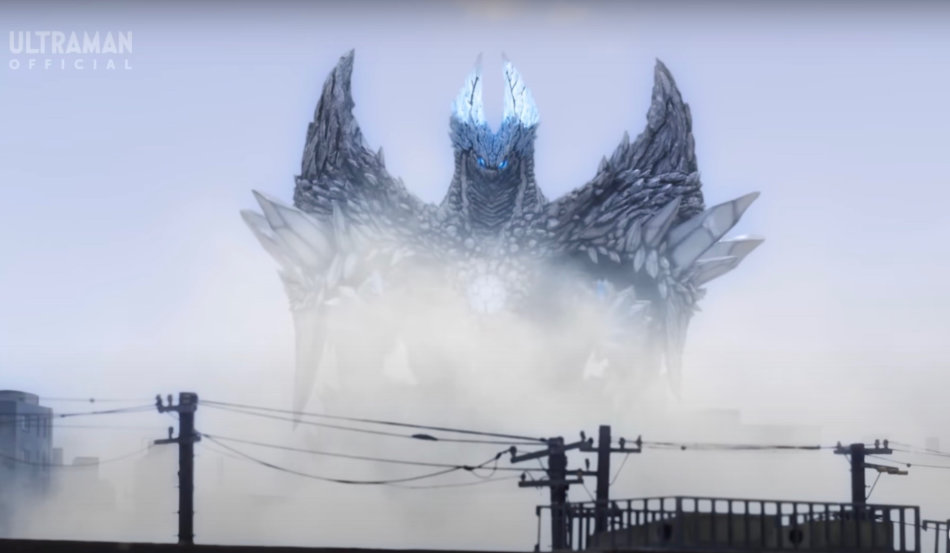 I don’t feel comfortable spoiling the rest of the episode, and humbly request that you go watch it to its conclusion yourself. We, who have been watching Decker week to week for months, are duty-bound to continue as it approaches its end. No matter how thorny that path is now, it has been a beautiful, captivating one, and even in Kanata’s darkest hour, I find myself still hoping for him. 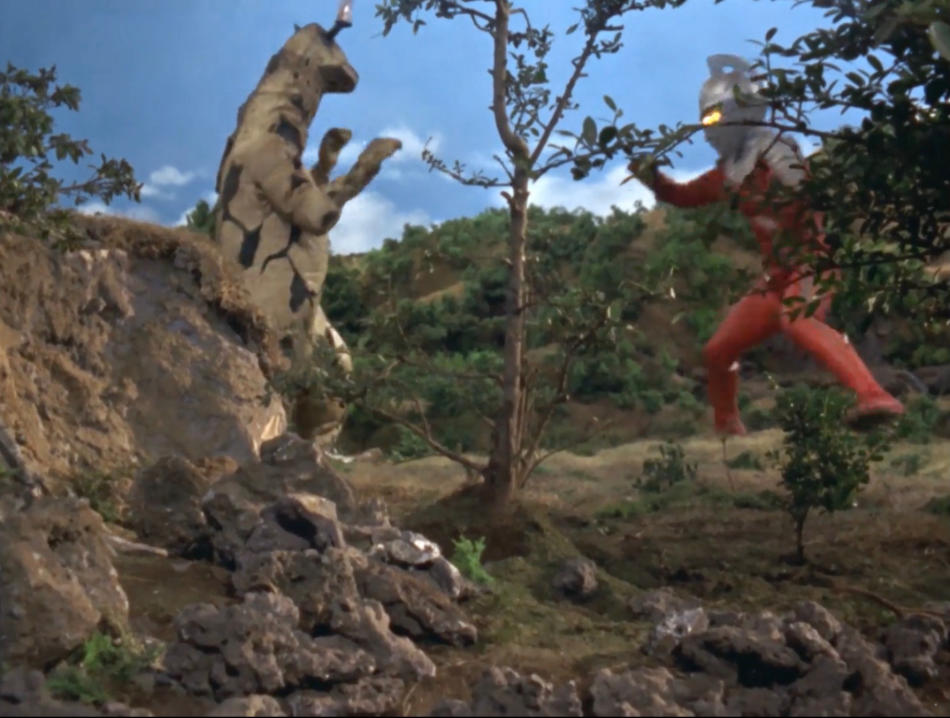 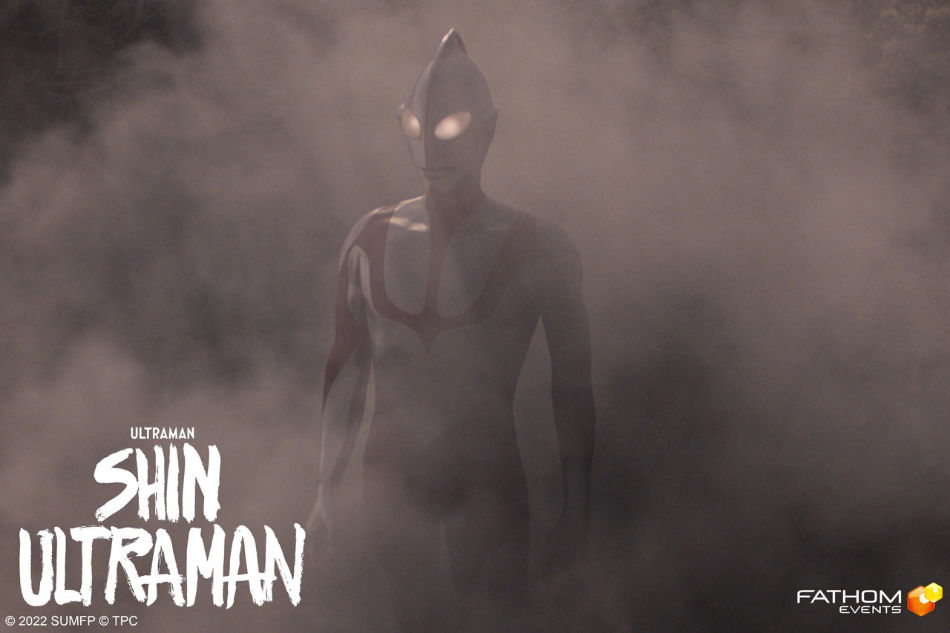