We’re back with more action from Ultraman Decker! Things have been rolling along pretty quickly in the fight against the mysterious Spheres. They’ve attacked the Earth, cut off humanity’s technology and exploration through space, assimilated monsters to attack the TPU forces left on the planet, and generally made a nuisance of themselves.

Taking time for a recap might seem like a nuisance too at first. Rather than halting forward momentum entirely, it’s always important to take note of where you have come from to continue moving into the future! This “Special Episode” of Ultraman Decker does exactly that and takes advantage of the perspective of two returning characters to look back on the events of the show so far.

Well, there’s only one character that global viewers will probably recognize from last year. This episode featured Marluru, the alien Metron and member of the previous GUTS-Select team, the one featured in Ultraman Trigger. Sharp-eyed Ultraman Connection members might also spot a familiar location. This episode was filmed on the same virtual production stage that hosts the Ultraman Connection Live shows!

Engineer Masamichi Hotta is a new face to many viewers, however. In Japan, Ultraman Trigger: New Generation Tiga had a special minisode featuring Hotta and Marluru, focusing on their joint development of the Nursedessei, all exclusive to Tsuburaya Imagination, the Japan-exclusive OTT subscription channel! With that in mind, his friendly relationship with Marluru as a coworker and fellow scientist was immediately apparent, further enhanced by the brief glimpses shown of their work to develop the Nursedessei. It was a small part of the episode, but made their friendship feel emphatically genuine and warm. Even at this point, less than halfway through the show, Ultraman Decker has impressed me with this kind of character development delivered through a consistent attention to detail.

It was also neat to see more attention paid to the technology and vehicles that GUTS-Select uses, rather than just the characters. For example, Engineer Hotta lets the audience in on a little secret—the GUTS Falcon from Ultraman Trigger was originally supposed to be a manned aircraft, and the change to a remote-piloted system happened due to Akito’s insistence! These details always make a setting feel more “lived-in” and believable as a real place with real people and real stakes.

I mean, I’m pretty sure that water-cooler complaints between coworkers about the HR department and staffing issues is a near-universal experience—and there is some knowing bite in a lot of this episode’s dialog!

Listening to Marluru and Hotta gush about their inventions and gossip about the behind-the-scenes goings-ons in the TPU also helps show the audience how the GUTS-Select team has grown over time. It allows us to see how that technology has progressed and adapted to the threat of the Spheres.

The GUTS Falcon already looked really cool in action in previous episodes, with the old-school “wandabas” in the soundtrack backing it up. By adding Hotta and Marluru chatting about its technical specs alongside that footage, this episode made a far more effective toy advertisement than any commercial bumper I could imagine. They even showed off how the two ships can combine into the GUTS Gryphon! (Not that you’re required to watch extra ads anyways if you’re keeping up with Ultraman Decker here on Ultraman Connection. Just a friendly reminder!)

They also didn’t hesitate to give their opinions on the titular star of the show, Ultraman Decker himself. Their perspective provides an interesting dimension to the setting by letting the audience see how other people outside the team react to Ultraman’s presence in these events.

It was also hilarious to see that Marluru is just as bad about keeping Ultraman Trigger’s identity secret as Kengo himself was during the show. Kanata may have some different powers as Ultraman Decker compared to Trigger, but that’s still one thing he has in common with his predecessor too.

More seriously, the episode took this opportunity to recap the end of Ultraman Trigger and its subsequent epilogue movie, just to make sure everyone is all caught up with the story. (And if you haven’t seen Ultraman Trigger: Episode Z yet, well… Don’t take Marluru’s word for it. The Rentals tab is right there at the top of this page for all Ultraman Connection members to rent the movie themselves.)

I found it interesting, and welcoming to see that this episode wasn’t just a recap of the events of Ultraman Decker, but also tied those episodes into a cohesive universe with Ultraman Trigger before it. Could a new viewer skip this episode and jump back in next week without missing anything important? Well, it depends on what you would define as “important”. This “Special” episode may contain old footage, but the side story involving Marluru and Hotta’s conversations made an entertaining and heartwarming vignette that provided an important new perspective on familiar parts of the show. Plus, it hinted at some new things I’m sure we’ll see in upcoming episodes!

Rather than just a space-filler, this episode made me more excited to see what will come next in the show. But regardless of what the future holds, be sure to make Ultraman Connection your home base for Ultraman Decker, Trigger, and everything else in the Ultraman universe. 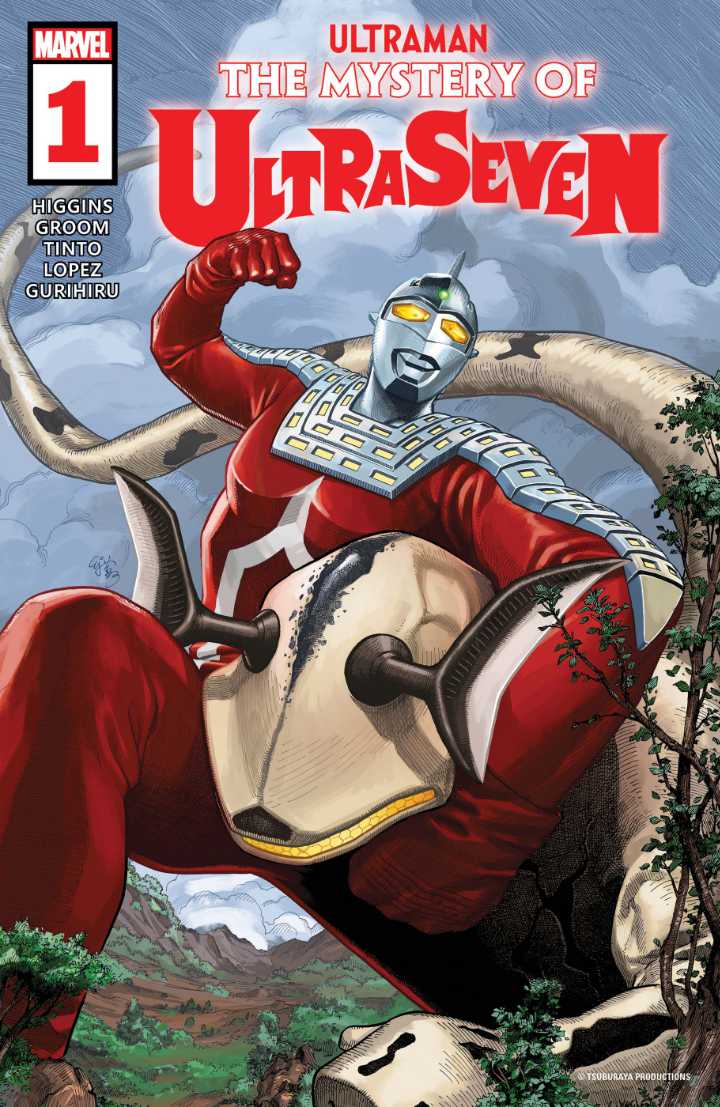 THE NOOB REVIEWS MARVEL’S MYSTERY OF ULTRASEVEN #1 . . .
Next 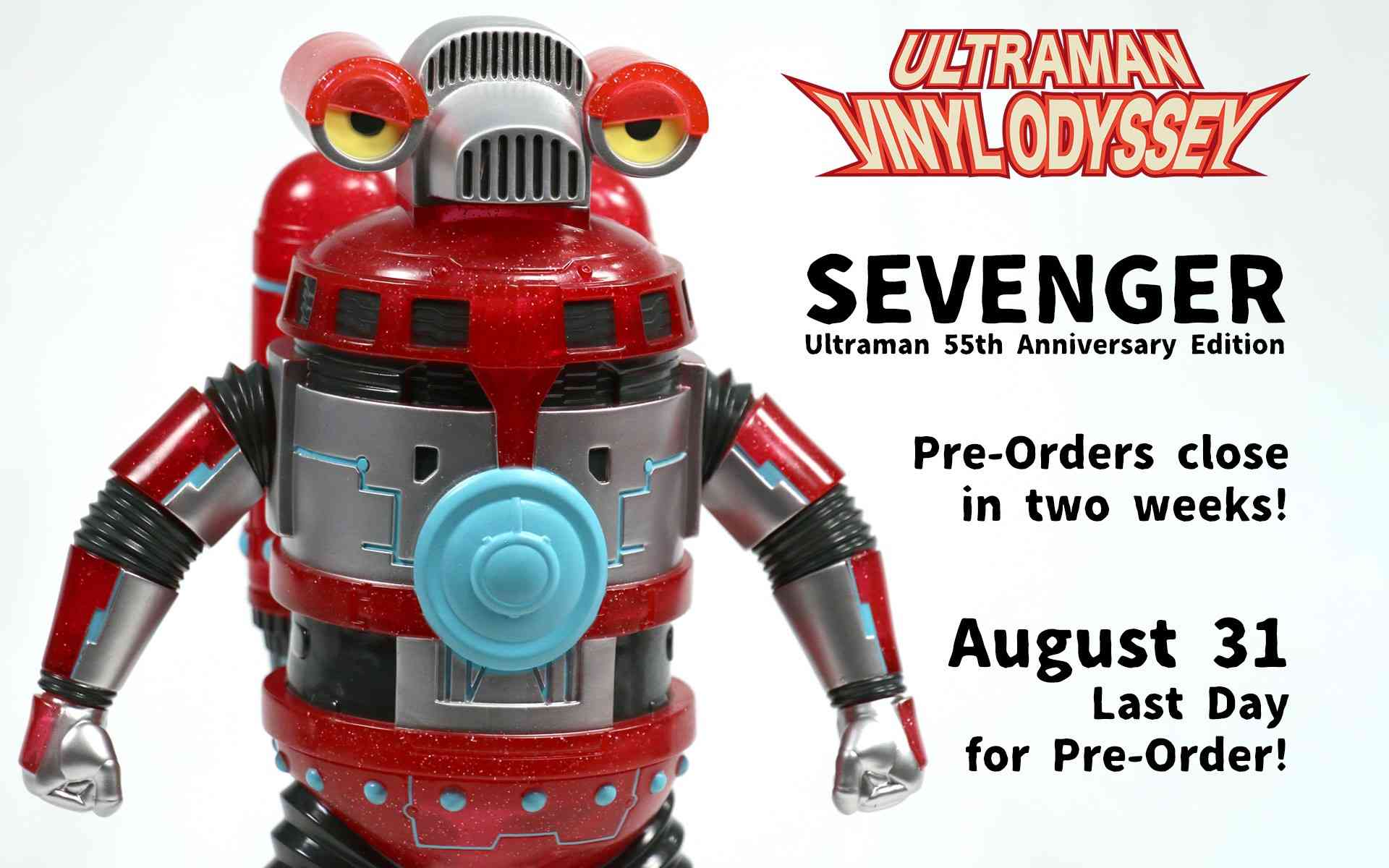 SEVENGER - ULTRAMAN VINYL ODYSSEY ON SALE FOR ONLY UNTIL AUGUST 31 . . .