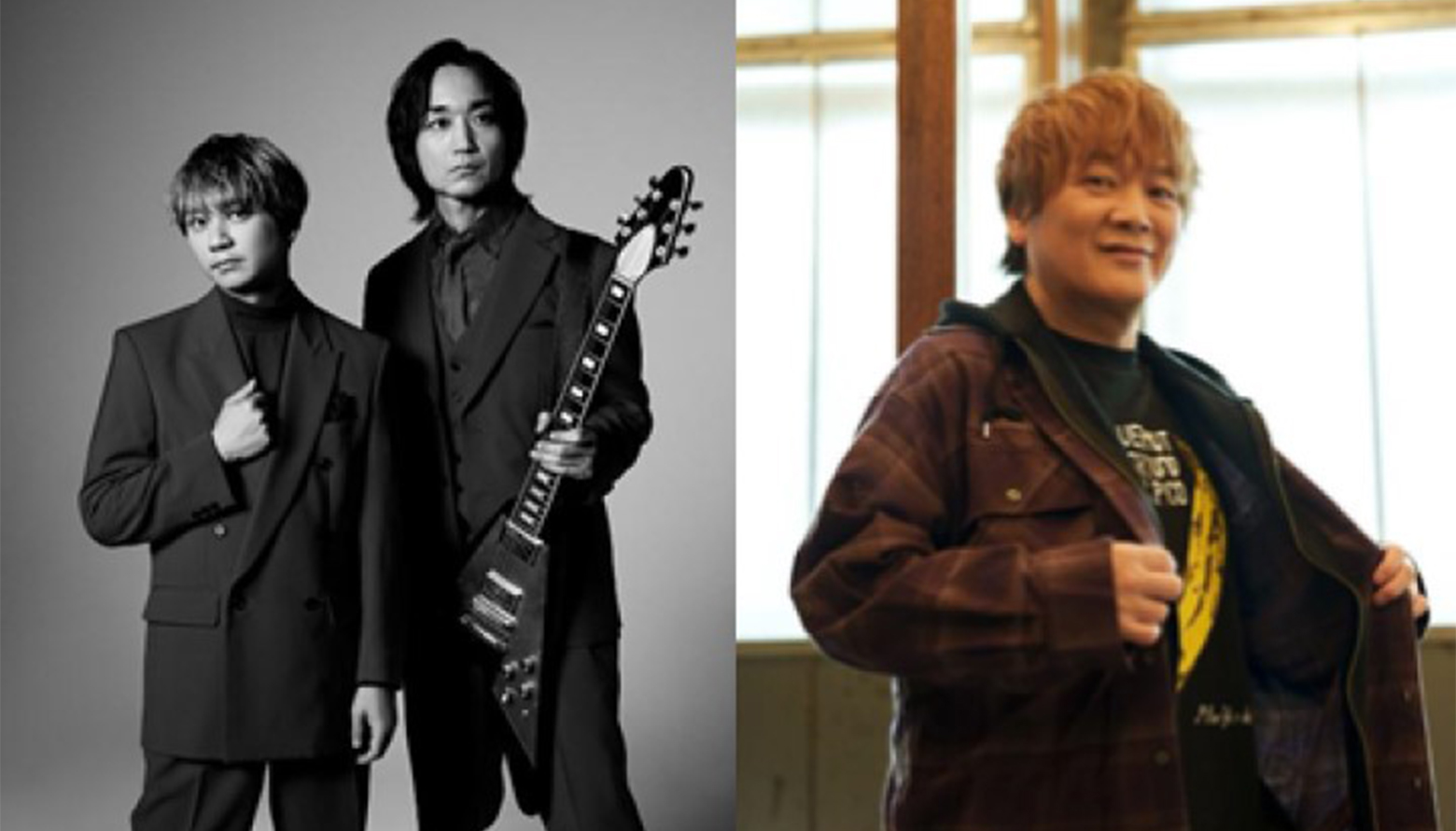 The new TV series Ultraman Decker will begin broadcasting on the TV Tokyo Network in Japan from July 9th 2022! Every week, we will be introducing you to the latest news on the series, including introducing the main cast members starring alongside Kanata Asumi, the protagonist played by Hiroki Matsumoto. This week, we will introduce the show’s musical talent. Ultraman Decker is a Tokusatsu drama featuring the story of new hero Ultraman Decker, and the fledgling expert-team, the new GUTS-Select, as they stand up to monster threats caused by the invading mysterious floating space objects, Sphere. The opening theme to this new series, “Wake up Decker!” will be performed by SCREEN mode, the Japanese music unit comprised of Yuu-YOU- (aka Voice Actor Yu Hayashi) and Masatomo (aka Sound Producer Masatomo Ota). The pair has continued to gain an expansive fanbase after writing openings for several games and anime series. Meanwhile, the ending theme “Kanata Toku,” will be performed by Hironobu Kageyama. He is the leader of the anime-song super unit “JAM Project”, and fans will certainly remember his voice from “ULTRA HIGH”, the famous ending theme of Ultraman Dyna, which this year celebrates the 25th anniversary of its initial broadcast. Finally, the soundtrack bringing the show to life will be composed by Kenichiro Suehiro and Masahiro Tokuda. Both are well established composers and have worked on many television dramas and anime series.

When I was young I was a huge fan of Ultraman Taro and Ultraseven, and my Mom often bought me their merchandise. So, it’s an enormous honor to be able to sing an opening theme for the Ultraman Series. It’s influenced by dance music and will be the perfect track for your morning routine! Please look forward to our opening theme along with the show!

I’ve been a fan of Ultraman since I was young, so I never would have dreamed that I would be singing an Ultraman opening song. When you think of Ultraman you think of “space” and the “spacium beam”, so we incorporated that feel by using many synthesizers in its composition. We hope you enjoy our music as much as you enjoy Ultraman Decker!

I’m Hironobu Kageyama. I sing the vocals for the ending theme “Kanata Toku”, and I’m also writer and composer. I was very happy of course when the staff reached out to me with this offer, but more than that I was surprised. I realized that it’s already been 25 years since I last sung for Dyna. It made me think. After singing Dyna’s ending theme “ULTRA HIGH” exactly 25 years ago, to sing once again for this new generation series, it must be part of some greater plan…it must be. I can’t help but feel sentimental. Composition. Lyrics. Vocals. I’m going to give all of them everything I have. I wrote this theme as a song for Kanata, to cheer on him and his friends as they grow and gain experience. I hope Ultraman Decker can capture the hearts of everyone, everywhere.