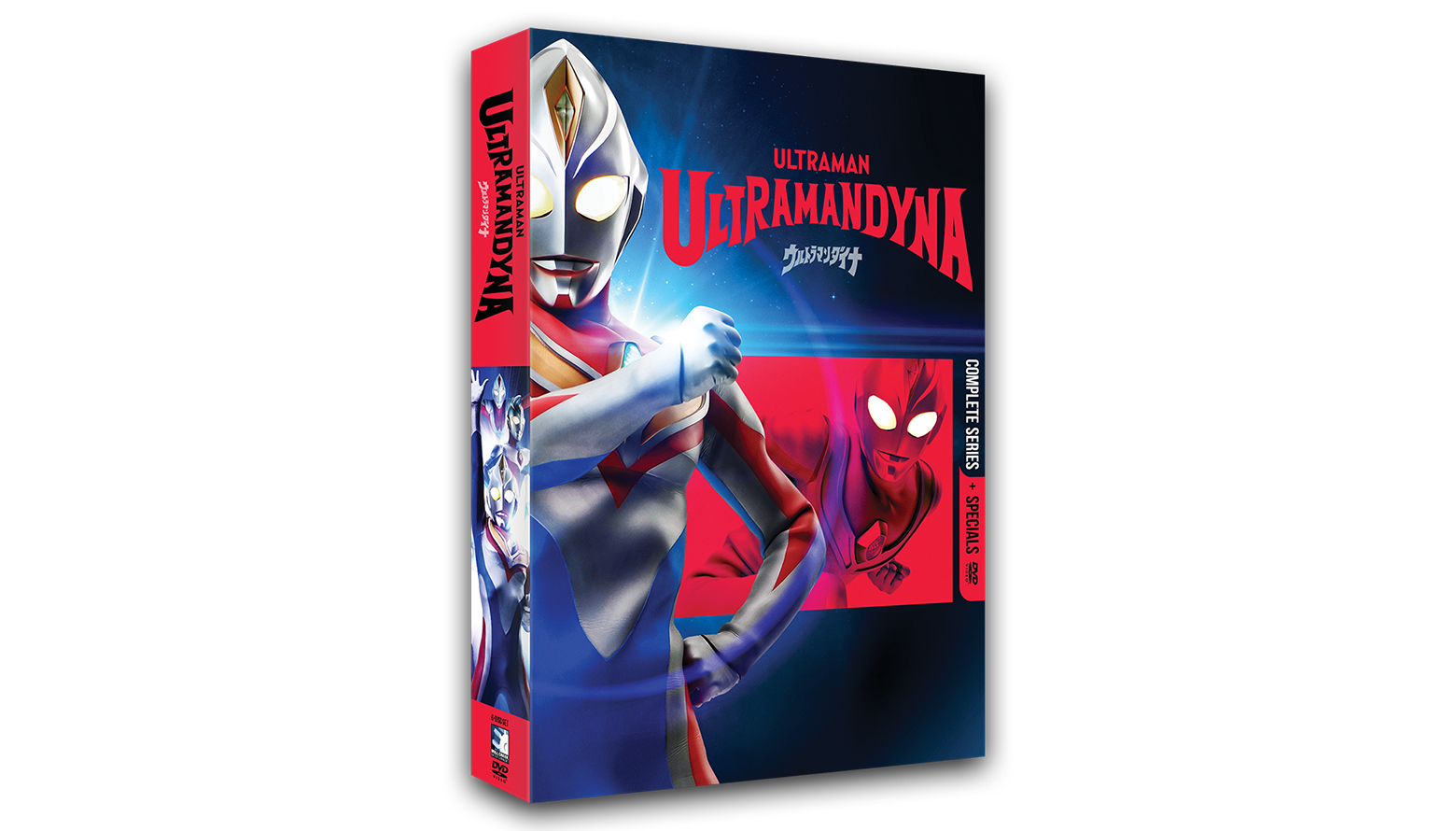 Ultraman Dyna, the second series of Mill Creek Entertainment’s epic three-part Ultraman DVD collection that started with Ultraman Tiga and will end with Ultraman Gaia, is to be released on November 16, 2021 and we cannot wait! Since the release of Tiga, we’ve been hungry for more content and now, with the addition of Ultraman Dyna to the collectible spine mural, we can’t wait to dig in.

In the series we follow Shin Asuka, human host to Ultraman Dyna and member of the defense organization GUTS (Global Unlimited Task Squad) as he navigates a post-Ultraman Tiga society in which humanity has begun to expand their influence across the galaxy. Life is interrupted, however, when a massive Kaiju attacks a Martian village and Ultraman Dyna must battle it for the safety of the universe. Ultraman Dyna continues his adventures and eventually teams up with Ultraman Tiga in Ultraman Tiga & Ultraman Dyna: Warriors of the Star of Light (which is included in this DVD set).

Unlike Tiga, Dyna can only transform twice in battle, his third form is inaccessible, giving him a unique obstacle that only proves his competence. He is just as strong and capable of fighting as other Ultras despite this limitation because he can choose which alternate form to embody during his transformation. The series is also widely appreciated for its attention to character development and the focus on multiple characters’ perspectives.

Ultraman Connection has special plans to celebrate the release of Ultraman Dyna and Ultraman Gaia — an Ultraman Connection Live event in November, which will include interviews with the stars of the series direct from Tokyo and a live floor show! You will not want to miss this. Be sure to register to be the first to know when the specific details of this fantastic event become available by clicking on the Operations Room at the top of this Ultraman Connection page!

Ultraman Dyna includes 51 episodes of the series, as well as movies Ultraman Tiga & Ultraman Dyna: Warriors of the Star of Light and Ultraman Dyna: Return of Hanejiro. It features Japanese audio and English subtitles, not to mention a full episode guide for the entire 6-disc set. All of these special features make that $34.99 money worth spending! The disc trailer is available below, stay tuned for more updates on the Mill Creek Entertainment three-part collection!

Check it out here!