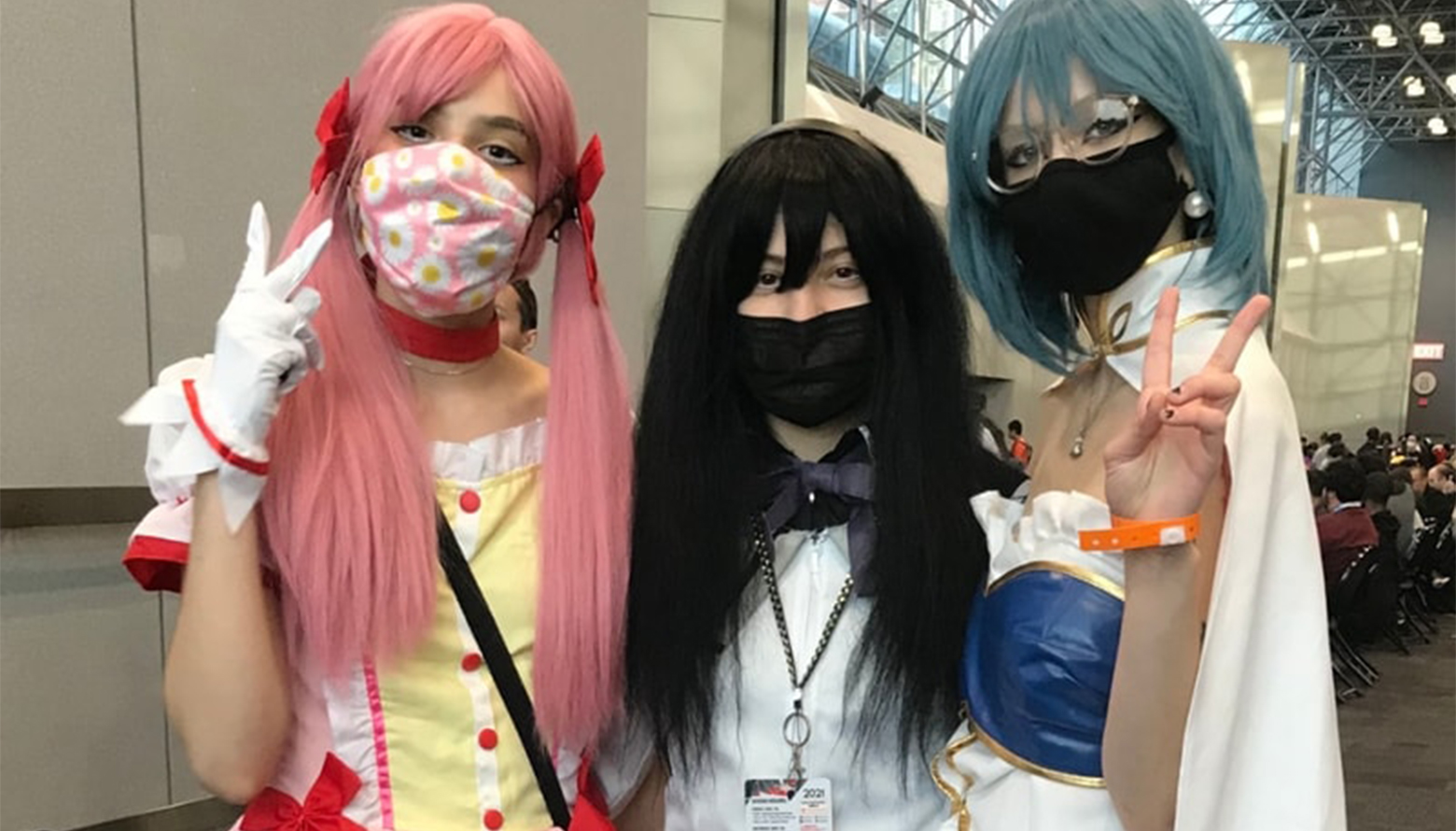 We fanned out across the Jacob Javitz Center, dodging an array of cosplay wings, swords, and staffs (and apparently some nasty early Omicron). But it didn’t take long to find our answer:

YES! Ultraman and the denizens of the M78 universe could be found scattered across the sprawling convention floor. There were bins of small vinyl Kaiju, photos and artwork of all three generations of our hero, and even some high-end Bandai S.H. Figuarts Ultraman collectibles.

A major highlight for the team was running into popular Ultraman and tokusatsu artist John Bellotti Jr. and Seismic Toys exec Chris Oglio at the Robo7 booth down Artists Alley.

John showed us his latest Ultraman prints, and Chris had some amazing original Kaiju on hand, including an advance Jirahs. Jeff Gomez gasped in awe of the figure and could barely let go of it. Rest assured; Jeff ordered his during the Ultraman Connection Live: Ultraman Day event just like the rest of you!

Of course, everyone who ordered Jirahs has been eagerly awaiting the figure and the good news is that the toys have arrived from overseas and are starting to ship across North America this week!

One thing we discovered is that many younger anime fans at the convention discovered Ultraman through the Netflix Anime ULTRAMAN series. Intrigued, they made the leap to live-action and started watching Ultraman either through the Official Ultraman channel on YouTube, TokuSHOUTsu on Shout Factory TV, or the Mill Creek Entertainment Blu-Rays and DVDs. The Starlight Runner team was sure to invite all these new fans over the Ultraman Connection, where they will see Ultraman’s Plasma Spark continue to rise.

Next year, Tsuburaya Productions, The Licensing Group, Starlight Runner Entertainment, and Iceberg Theory hope to have an even stronger presence for Ultraman at Anime NYC!