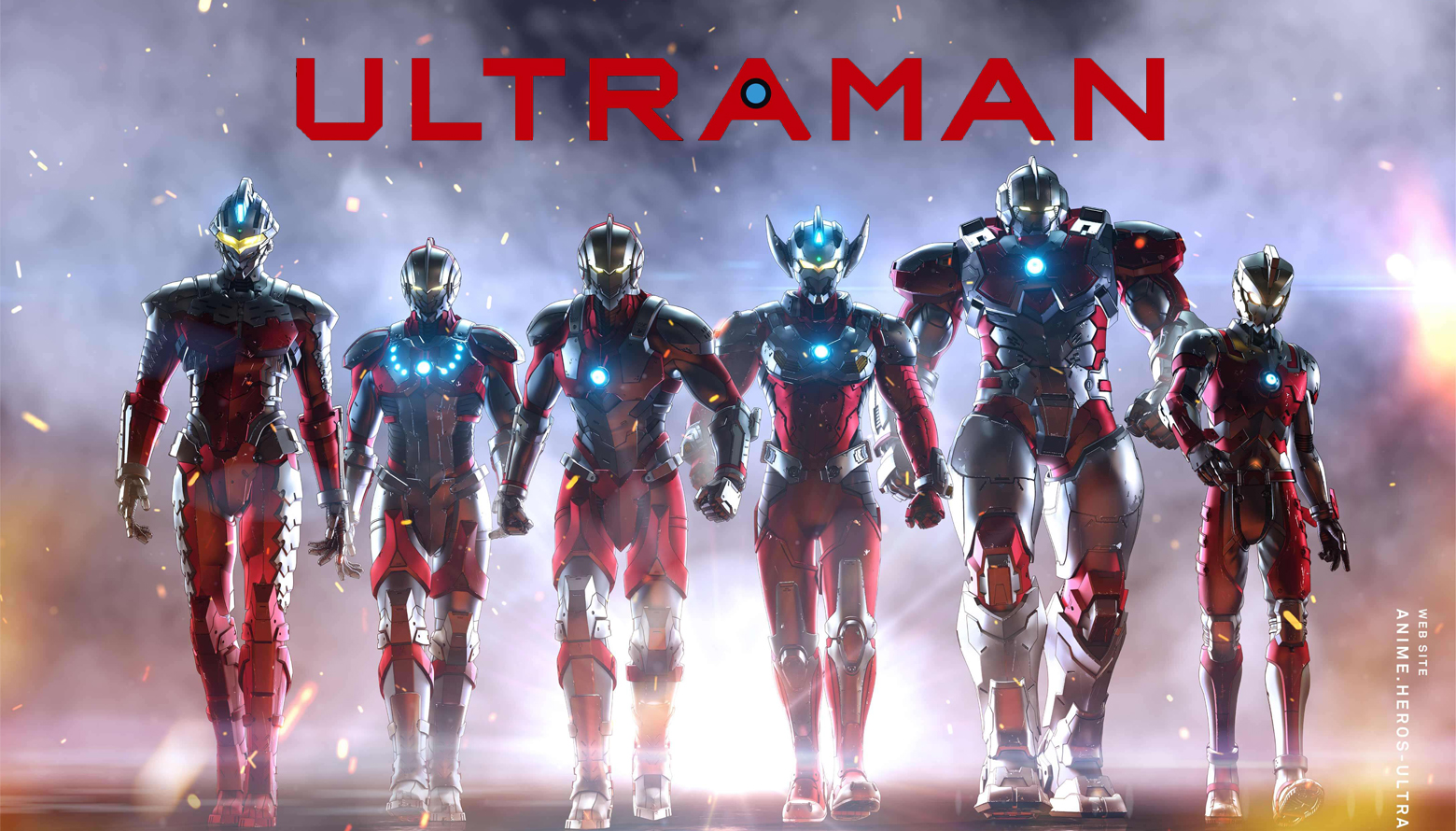 Since it began streaming on Netflix in 2019, Anime ULTRAMAN has garnered popularity with fans not only in Japan, but the world over. It was nominated for Best Direction in TV/MEDIA at the 47th Annie Awards and was awarded Best TV Anime at the VFX Japan 2020 Awards. It has received both domestic and international acclaim, and season 2 is set to begin world-wide streaming Spring, 2022.

On November 9th 2021, Netflix presented its core titles in the special event: “Netflix Festival Japan 2021”. The event revealed the first teaser trailer for the second season of the titular series, and in it we can see the new character Kotaro Higashi, nicknamed “Taro”. The event also revealed that Tomoako Maeno has been added to the cast.

Tomoaki Maeno is a huge fan of both the Tokusatsu Ultraman Series as well as the anime ULTRAMAN, and he shared his fiery passion about being added to the anime’s cast in a video message.

As an exclusive Netflix streaming title, Season 2 will be streamed to over 190 countries and territories. It will be a brand-new story for the series, so keep your eyes peeled for any and all new updates and information.

Comments from the cast members

Thank you for waiting! Season 2 is packed with intense episodes. Please look forward to the 6 ULTRAMAN heroes and their dynamic action!

It's been a while since Season 2 was announced, and we finally got started. We're more than ready. Recording is already finished, and the action in this series already looks to be incredible. I have complete confidence it's going to be so cool; I can't wait to see the finished product. As for Moroboshi, you can expect to see many appearances from him... Look forward to it!

At the beginning of the Reiwa era, I distinctly remember seeing these words in the newspapers. Two years since then, there have been many changes, and I hope the return of ULTRAMAN will be of great support to you all. We also welcome new characters, Hokuto and ACE, to the fight.

The long-awaited season 2 begins. I intend to play my part as the man who passes the baton to the next generation, supporting them as much as possible. You can expect many new developments in Season 2. "I'm Ultraman, too!"

Hello ULTRAMAN fans! Did you see the new teaser poster? In the line-up, there's one ULTRAMAN with a big frame… In season 1, Jack moved in the shadows gathering information, and the last we saw he had nabbed the alien engineer Yapool. How intriguing… and now it's season 2.

You can't not be excited! I'm taking this excitement into my acting to see that Jack's charm comes across to fans all over the world even more than before!
We are ULTRAMAN!

I'm Tomoaki Maeno, who will be playing the role of Kotaro Higashi.
The Ultraman series is loved by many, but personally Taro was always my favorite.
I remember vividly the scene when he was attacked by Birdon, and I can still sing the first two verses of the opening song.
While I'm still new to this series' Kotaro Higashi, he is a pure and passionate man that everyone will be invested in.
I will do my best in post-recording to bring out the best of Kotaro Higashi, and to work alongside Ryohei, and the other brilliant cast and staff members. I hope you look forward to watching Season 2.

Edo is constantly surrounded in mystery. He barely talks and doesn't do anything to stand out. Just what is he doing as a member of the SSSP? And just what is his relationship to the Star Cluster Council?... Now, in the long-awaited Season 2,just what will happen, and what will we find out... Stay tuned!

When I ask myself what peace is, recently I find the answer is living your everyday life.
The warriors of light are fighting again today to protect that everyday life! The Ultraman party gained a new member and became more powerful, and of course so did the SSSP too.
Personally, in this season I went into the recording while feeling the power of the Nihei factor, Ide's original actor. So once again, with your big screen and volume high, please enjoy this ULTRA world!

I'm so happy to work with the ULTRAMAN team again. I'm jumping for joy. I'm also immensely grateful to be able to play the part of the aloof warrior Bemular for so long, and I want to bring out even more of his mysterious persona. Season 2 also has a chaotic twist. I'm getting excited with you all!

I'm really happy that I can play my beloved character Adad once more. I'm honored to participate in a powerful work like ULTRAMAN, whose world view was well-received globally, and continues to develop even now. Please continue to support Adad, and the incredibly creative team behind ULTRAMAN season 2.

Following on from season 1, I'm very happy to play Rena again. I feel like we're going to see her and Shinjiro quickly close the distance between them and see a new step in their relationship. This series is powered-up from the last, so please look forward to it!

Finally, after all that waiting, season 2 starts! Just what kind of action awaits the ULTRAMAN heroes in this season? It's something to look forward to! As Rena's manager…Will I have a big part to play?...

Streaming on Netflix worldwide from Spring, 2022

Released on Netflix in 2019, the anime ULTRAMAN (Based on the works of Tsuburaya Productions, Eiichi Shimizu, and Tomohiro Shimoguchi) became a global hit and received many awards both in Japan and overseas.

Season 2 of this series is now set for a global release in 2022, only on Netflix.

The series centers on the son of Ultraman, Shinjiro Hayata, and the six heroes (ULTRAMAN,SEVEN, ACE, ZOFFY, JACK, TARO) who carry on the tradition of the legendary 6Ultra Brothers. Together, they face the schemes of aliens on a cosmic scale.

Kotaro Higashi, a young photographer, encounters a mysterious missing persons case. He takes a photo proving that it was the work of aliens and brings it to the SSSP with his girlfriend Izumi. However, a certain incident transforms him into a superhuman with incredible fiery superpowers.

Then, a massive cosmic weapon appears before the human-sized Ultraman...

Available for streaming on Netflix worldwide.

Opening Song：OLDCODEX “Sight Over The Battle”