ULTRAMAN TRIGGER GOES FOR THE GOLD WITH GLITTER TRIGGER ETERNITY! 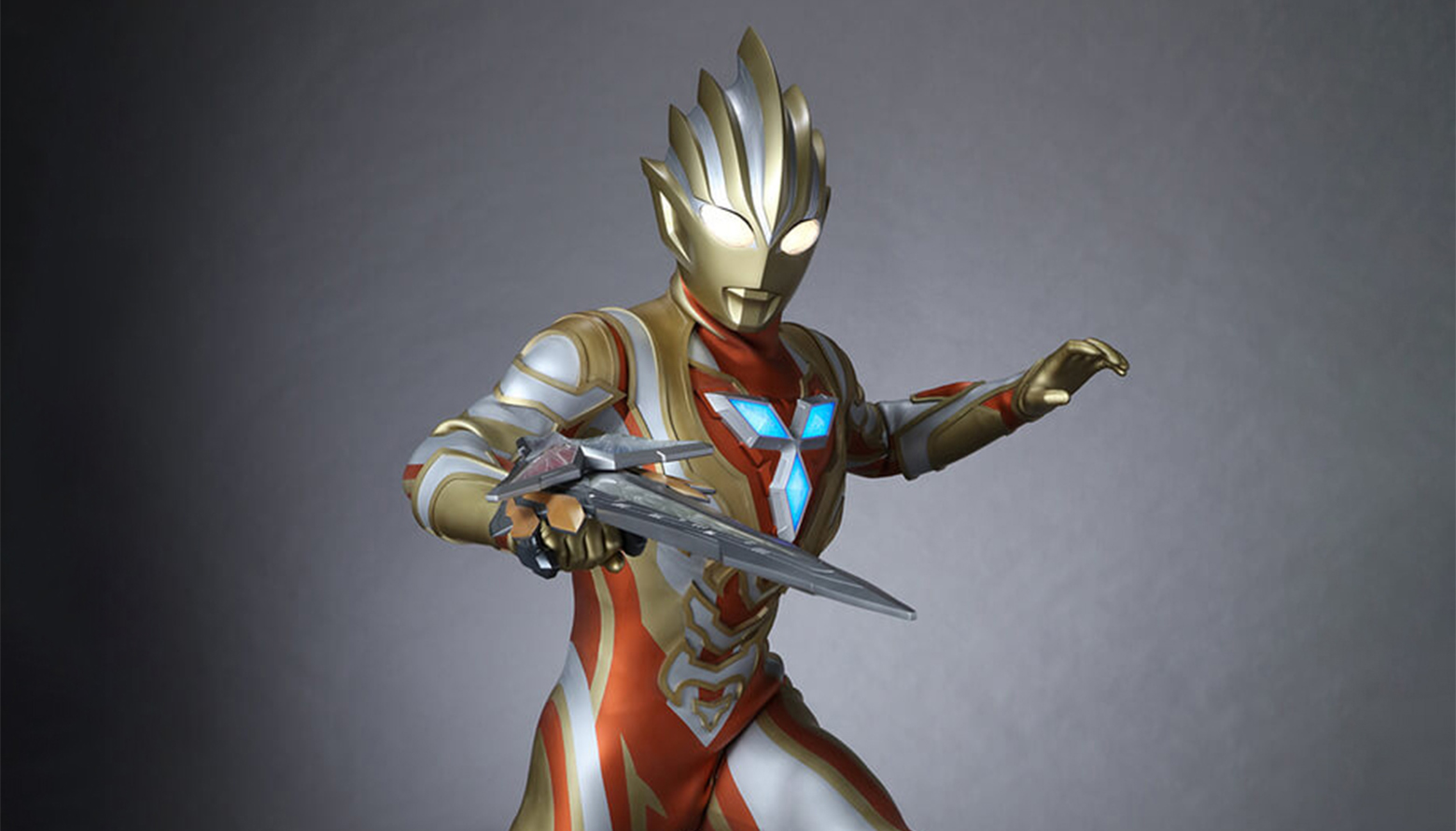 Tsuburaya Productions’ latest TV series Ultraman Trigger: New Generation Tiga (now broadcasting in Japan on TV Tokyo every Saturday 9 AM, and worldwide YouTube catch-up at 9:30 AM JST) will reach the climax of its first arc in October, and continue on with a continually developing story. Before the end of the first arc, however, Ultraman Trigger will receive a new, impossibly powerful form: the golden Glitter Trigger Eternity!

The Giants of Darkness have been a persistent threat to Ultraman Trigger and the world he protects. In addition to the existing Carmeara, Darrgon and Hudram, a fourth giant, the foreboding “Trigger Dark” joins the conflict. Overwhelmed by Trigger Dark, whose dark power is tremendous, Trigger, a.k.a. Kengo Manaka, gains an Ultra-Ancient light to match, and awakens with a new form: Glitter Trigger Eternity!

On his chest sits the Triangle Crystal, containing a harmonious trinity of power, combining Multi, Power and Sky Type.The weapon that appears from the Triangle Crystal, the “Glitter Blade” contains such awe-inspiring power that is so powerful that even Trigger himself hasdifficulty mastering.

25 years ago, Ultraman Tiga transformed into Glitter Tiga as part of the final episode of Ultraman Tiga. Inheriting the spirit of his predecessor, Trigger is obtaining a “Glitter” form of his own... Who can say how this new power will define his story? There’s only one way to find out, and that’s to stay tuned for the second half of Ultraman Trigger! And for all the news on Trigger, Tiga, and everything Ultraman, stay connected to Ultraman Trigger!