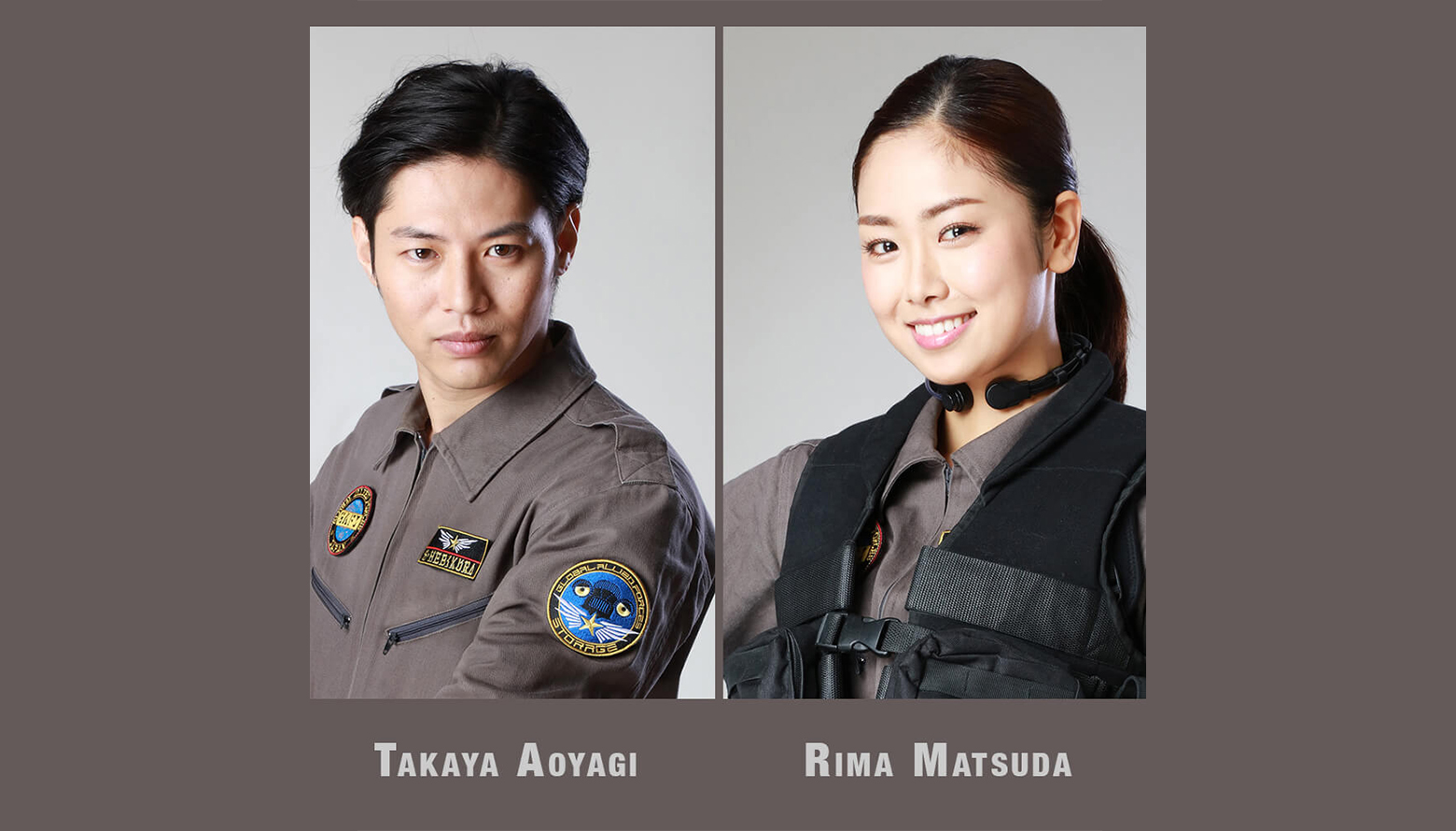 Tsuburaya Productions is proud to announce the main cast of Ultraman Z, including a big reveal in terms of the casting of the captain and the ace pilot of the manned robot anti-kaiju tactical unit, STORAGE! Ultraman Z is the newest series in the global Ultraman franchise and will begin airing in Japan at 9 AM, June 20th, 2020, on TV Tokyo and other TXN Network channels, with global releases to follow soon afterwards. To get you ready for the release, every week on Tuesday, Tsuburaya will introduce members of the main cast who will appear alongside the star of the show, Kohshu Hirano, who plays new STORAGE pilot Haruki Natsukawa!

“Special Tactical Operations Regimental Airborne and Ground Equipment” (or, STORAGE) is a robot unit of Global Allied Forces Japan that specializes in combatting kaiju. It defends humanity against those gigantic threats and the disasters they create using special anti-kaiju battle robots. The first of these is Sevenger, but we’re going to be seeing a lot more of them (and their pilots) over the course of the series! And speaking of pilots…

STORAGE’s Captain, Shota Hebikura, will be played by Takaya Aoyagi!

Takaya Aoyagi gives a stellar performance as Captain Shota Hebikura, the leader of STORAGE. Ultraman fans will recognize Takaya from his impressive portrayal as Jugglus Juggler in the 2016 series, Ultraman Orb. As the captain of STORAGE, Hebikura helps keep the quarreling young team together. Kind, bright, and friendly, he acts as an older brother figure that the team can rely on. In addition, he is very athletic, putting Haruki through intensive drills in the training room. Takaya Aoyagi has this to say about his role:

When I heard the news last summer, I was honestly surprised – for about two seconds. Immediately every cell in my body filled with excitement – for about two seconds. Hearing the word “captain,” I was dazed by the question mark – for about two seconds. I didn’t even need ten seconds to decide. I want to make another show with them!” There’s nothing better than that. When I was in Ultraman Orb, I made a lot of friends who encouraged me, and they all have helped and supported me through everything… It’s easy to say it, so I’d like to show it through Ultraman Z. So, let’s meet at 9am on June 20th!

Our heroine, STORAGE’s ace pilot, Yoko Nakashima, will be played by Rima Matsuda!

Rima Matsuda plays top robot operator Yoko Nakashima, who is trusted and admired by Haruki. Please look out for Rima’s charming performance as Yoko, who is bright, cheerful, and determined while also having a heart of a honor! Nakashima is a highly skilled expert in the cockpit. Although she has a cheerful and determined personality, she also has a romantic side and likes older men (and is also an admirer of Ultraman Z). She’s still discerning, however: when asked out, Nakashima challenges them to an arm-wrestling match, which she has never once lost. A comment from Rima Matsuda:

I’m delighted to be able to appear in “Ultraman,” a beloved series with a long history. I can still clearly remember the moment that I got the part. I was shaking. When I started filming, I received a lot of support from the director and the others. Each scene was exciting, since each time was my first. Ultraman Z has come together thanks to the hard work of many teams, so I’ll also do my best to help make it a show that can be loved by both children and adults! Please look forward to it!