ULTRAMAN ZERO: A HISTORY OF ONE OF TSUBURAYA’S MOST POPULAR HEROES 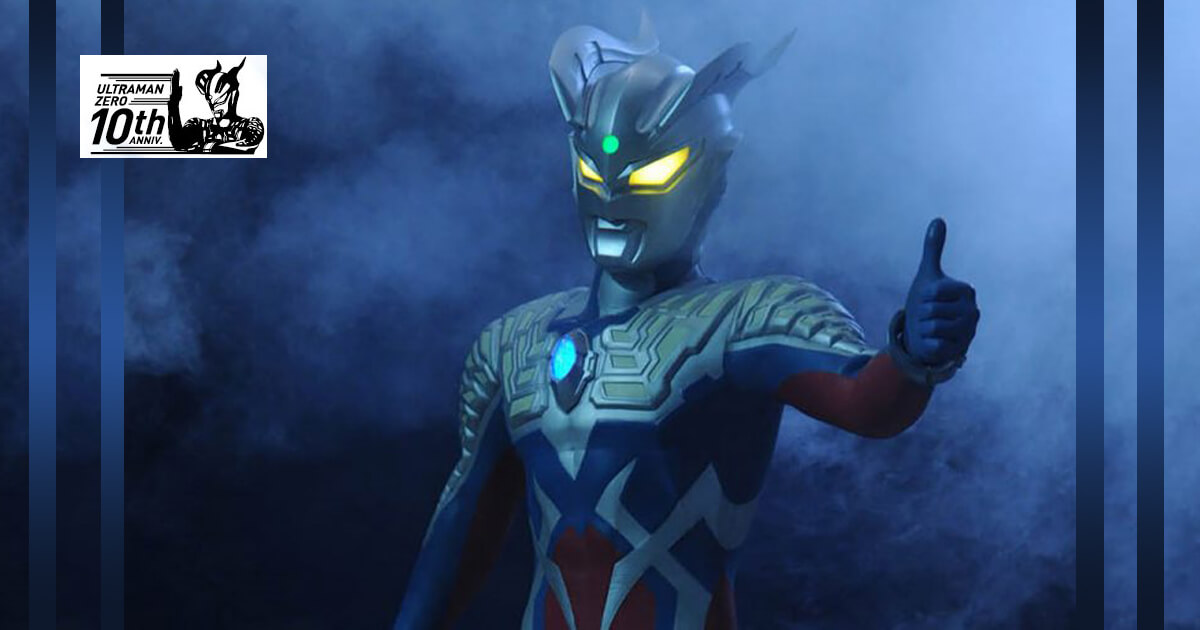 In the decade since his first appearance in 2009, Ultraman Zero has become one of the most popular heroes in the entire Ultraman franchise. To celebrate this milestone and thank all the fans who have supported Zero, Tsuburaya Productions recently announced that the “Ultraman Zero 10th Anniversary Project” has launched!

Ultraman Zero first appeared in Mega Monster Battle Ultra Galaxy: The Movie, which premiered on December 12th, 2009. Since then, the unique personality of the son of Ultraseven has distinguished himself from other Ultra Heroes and made him beloved by fans all around the world.

Over the past 10 years, he has both been supported by countless friends and allies, and built unbreakable bonds across galaxies and universes alike.

Let’s take a look back at Ultraman Zero’s battles since his first appearance!

Ultraman Zero stood against the first evil Ultraman in history, and saved the Land of Light from disaster. It was here that he debuted his signature line: “My name is Zero, Ultraman Zero! Son of Ultraseven!”

Ultraman Zero stopped the evil plot of the Alien Salome on the planet Cheney. During the battle, Zero fought against Darklops Zero, a robot duplicate of himself, as well as imitations of the Ultra Brothers, including his father, Ultraseven.

To stop the invasion plan of the revived Belial, who created an empire in another universe as Kaiser Belial, Ultraman Zero gathered a group of new allies, including Glenfire, Mirror Knight, and Jean-Bot. Entrusted with the Ultimate Aegis from Ultraman Noa, he foiled and defeated Belial once again. Afterwards, he founded the “Ultimate Force Zero” supergroup with his new comrades.

To stop Beatstar’s plan of destroying all organic life in the universe, the Ultimate Force Zero reunited to fight against the mad AI’s Mecha Robot Army. By the end of the battle, they recruited a new member, Jean-Nine, to the team.

To save the alternate “Future Earth” of a universe without Ultras, Ultraman Zero, Ultraman Dyna, and Ultraman Cosmos (each hailing from a different universe) came together to form a single being, Ultraman Saga, and defeated the powerful menace Hyper Zetton

To fight against monsters controlled by the evil Alien Bat, Ultraman Zero became Strong Corona Zero and Luna Miracle Zero with the power inherited from Ultraman Dyna and Ultraman Cosmos!

The Ultimate Force Zero reunited once again to stop the “Darkness Five,” an army serving under the returned Ultraman Belial. In the middle of the fight, Zero himself was possessed by Belial and became “Zero Darkness.” Just before his consciousness was fully subsumed by Belial, the voices and love of his comrades allowed him to expel Belial’s spirit, reviving Zero as Shining Ultraman Zero! With this new power, Zero defeated the Darkness Five.

Ultraman Zero came to the universe of Ultraman X, battling together with his contemporary against the evil Nackle, Bandello. To come to Zero’s aid, X was able to obtain the “Ultimate Zero Armor.”

Ultraman X the Movie: Here He Comes! Our Ultraman

To save Ultraman X from the crisis brought about by the evil Zaigorg, Ultraman Zero appeared once again, fighting an army of monsters with Ultraman Max, Nexus, Ginga, and Victory.

Ultraman Orb the Movie: Let Me Borrow the Power of Bonds!

Zero teamed with Ultraman Orb to defeat Reibatos, the Ghost Sorcerer, and his undead monster army. Together with his father, Ultraseven, Zero trained Orb and helped him find his new form, “Emerium Slugger.”

To retrieve the Ultra Capsules stolen from the Land of Light, Zero went to the Earth located in the universe known as “Side Space,” where he met with Ultraman Geed. As Ultraman Zero Beyond, he defeated Ultraman Belial together with Geed, hopefully once and for all.

Ultraman Zero united with Ultraman Geed and Ultraman Orb once again to save all universes from the Gigantic Mechanical Brain, Gillvalis.

Ultraman Zero went to save Ultrawoman Grigio from the hands of Ultra Dark-Killer, only to be taken hostage by the evil giant along with her. With the help of the New Generation Heroes, he became Ultraman Zero Beyond once again and defeated Zero Darkness, who was created by Ultra Dark-Killer.

Ultraman Zero appeared in front of Ultraman Taiga when he was overwhelmed by Imit-Ultraman Belial. Entrusting the Plasma-Zerolet to Taiga, they stopped the conspiracy planned by Tregear together.