WHAT IS ULTRAMAN DAY? 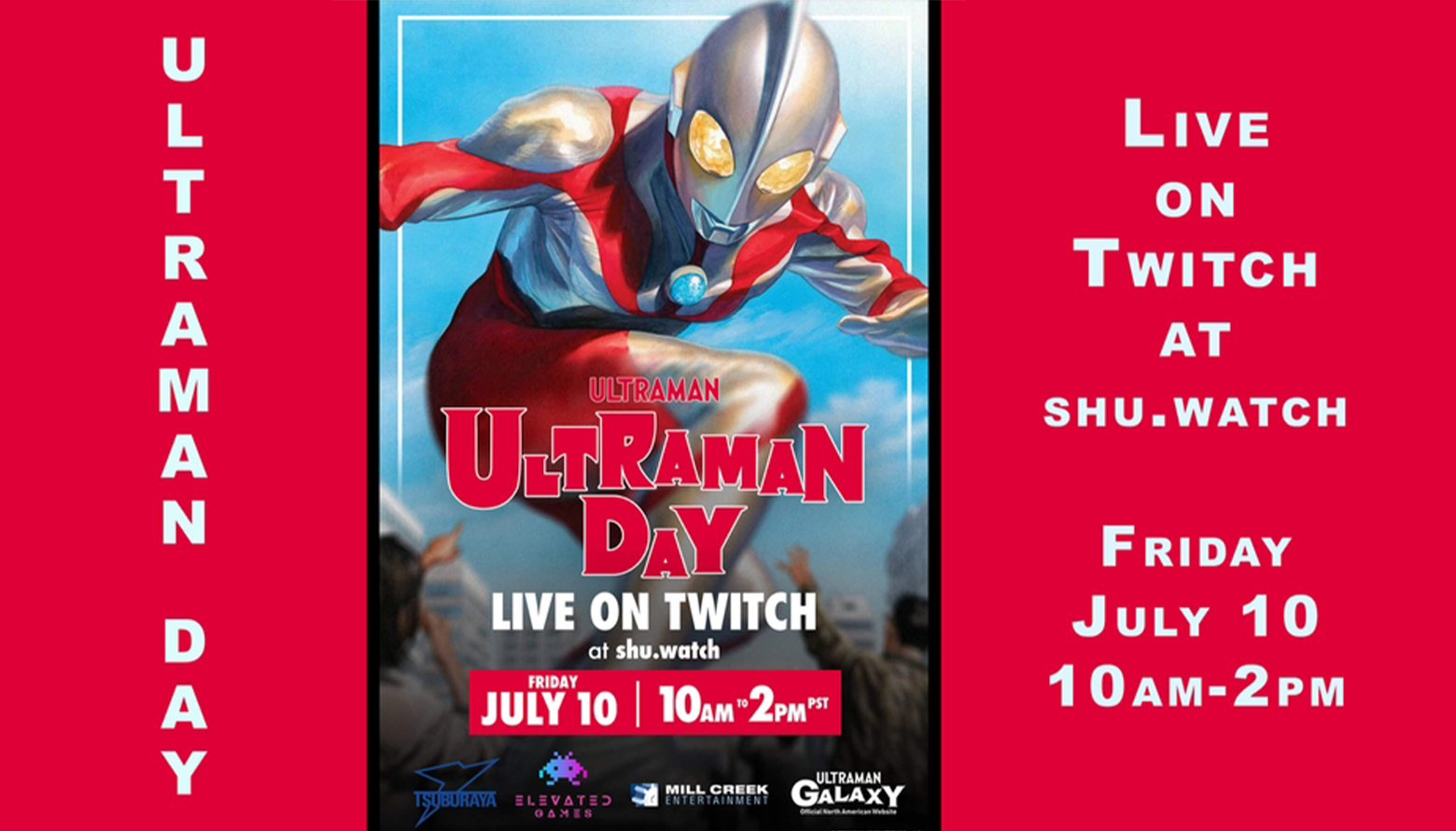 On July 17, 1966, the first episode of ULTRMAN aired on TV in Japan and was an immediate hit.

BUT prior to that, on July 10, 1966 to be exact, a special promotion event named “ULTRAMAN Eve: The Birth of Ultraman,” was filmed in front of a live audience at Suginami Koukaidou Hall in Tokyo, and broadcast all across Japan. Ultraman, Ultra Kaiju, and members of the Special Science Search Party all appeared with Eiji Tsuburaya, the creator of ULTRAMAN.

Thus, ULTRAMAN DAY was born and is still celebrated each year in Japan.

With Ultraman’s return to North America, we celebrate this iconic superhero along with millions of fans around the world. The multicast will stream on Shu.Watch.