WHAT IS ULTRAMAN TRIGGER? 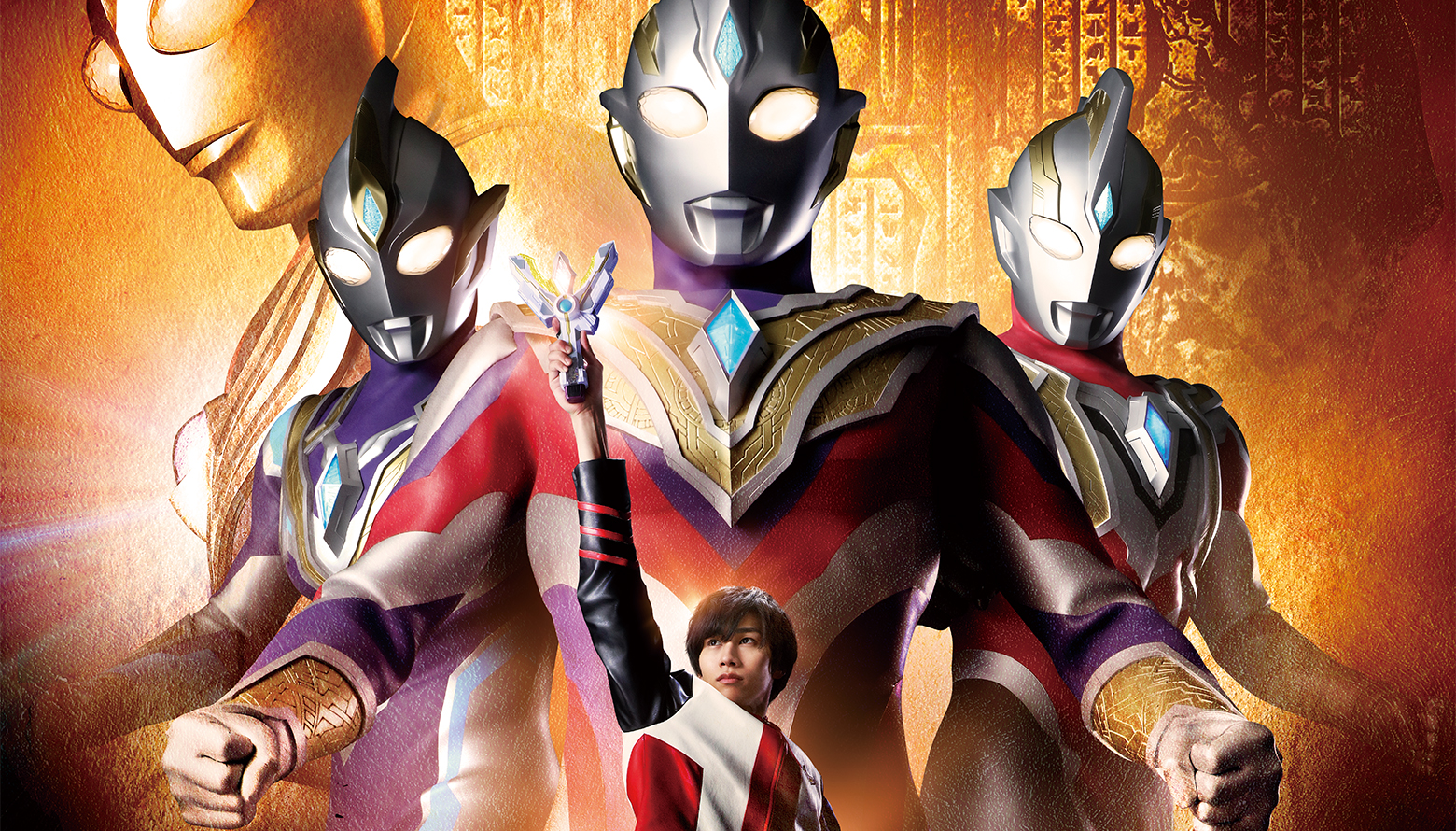 First and foremost, Ultraman Trigger: New Generation Tiga is Tsuburaya Productions’ exciting new Ultraman show and is currently airing every Saturday morning in Japan and posted every Friday evening on the Official Ultraman YouTube channel for the rest of the world. Several episodes have aired to date, much to the delight of fans around the world. Ultraman Trigger in many ways follows the traditional Ultraman franchise formula, following a protagonist who turns into a Giant of Light through a. transformation device to protect the world from Kaiju (giant monsters). However, the series also draws inspiration from the fan-favorite series Ultraman Tiga (1996) (which celebrates its 25th anniversary this year with its titular Ultraman, like Tiga, a remnant from an ancient civilization, rather than an alien from Nebula M78.

Set in the near future, Ultraman Trigger follows the story of Kengo Manaka, a botanist from Mars. One day, Kengo starts to have mysterious visions and is put in danger from a sudden Kaiju attack! Kengo deflects some falling debris with a mysterious light from his body and is recruited by visionary industrialist Mitsukuni Shizuma to join an elite defense force called GUTS-Select and given their signature weapon the GUTS Sparklence. Shortly afterwards he falls into a portal, and after bravely defending the petrified statue from its enemy, the Giant of Darkness Carmeara, Kengo bonds with the ancient giant and reawakens as Ultraman Trigger! Using Trigger’s purple MultiType, which balances his various skills, and his weapon, the Circle Arms, Kengo/Trigger is able to defeat the attacking Kaiju, fight off Carmeara, and begins his journey as the inheritor of the legacy of Ultraman!

In the episodes since, we’ve been introduced to Kengo’s team at GUTS-Select, Trigger’s other forms, and some new villains and Kaiju! The show expertly blends sci-fi themes, Kaiju action, and lighthearted comedy, and showcasesUltraman Trigger’s incredible design. Note, for example, the sleek lines of Trigger’s head and the placement of his eyes. This creates a slightly smaller and more streamlined appearance, a first in the history of Ultraman designs.

Ultraman Trigger: New Generation Tiga is also a fantastic place to start for brand new fans, as it introduces a new universe, Ultraman and cast of characters, while maintaining Easter eggs and themes from previous shows, such as Ultraman Tiga. Episodes two and three featured Kengo gaining access to Trigger’s Power and Sky Types respectively, allowing him to better harness his various skills. Kengo transforms into these various Trigger forms by inserting his GUTS Hyper Keys into his GUTS Sparklence which he gains over the course of his adventures.

This is a unique approach in the Ultraman universe, because these are GUTS devices rather than transformation devices furnished to our chosen human host by the Ultra. In the series, technician Hijiri has studied ancient, damaged artifacts from Mars that turn out to be affiliated with the Giant of Light and he has emulated them using modern technology. This accounts for why Trigger’s various forms are on the Hyper Keys.

The Power Type focuses on raw strength, giving Trigger a red muscular form that allows him to take on strong foes while the Sky Type focuses on air combat and agility, giving Trigger a sophisticated blue form better suited for complex maneuvers! He uses these new skills to stop Carmeara and her allies as they come up with nefarious schemes to exact their revenge on Trigger for defeating them in the distant past.

Helping Kengo on his journey is the GUTS-Select team which includes the aforementioned young and moody scientist Hijiri, GUTS-Select founder Mitsukuni Shizuma and his mysterious daughter Yuna Shizuma, hotheaded pilot Tesshin Sakuma, Himari Nanase (who virtually operates the transforming mecha-ship GUTS Falcon), Captain of the squad Seiya Tatsumi, and Kaiju specialist Alien Marluru! The chemistry between GUTS-Select members shines in the more human scenes, while experienced tokusatsu (a word that literally translates to “special effects” in Japanese) director Koichi Sakamoto’s signature style keeps you on the edge of your seat during the exciting Kaiju action spectacles! The show has intrigue to spare as well, as mysteries about the origins of the Giants of Light and Darkness, an alien treasure hunter called Ignis, and a woman named Yuzare unfold…

If you want to catch up with Ultraman Trigger: New Generation Tiga, all episodes so far are currently available on the Official Ultraman YouTube channel right now for a limited time only! And it’s all free! We also have multi-language subtitles releases forUltraman Trigger! This time, we will be releasing episodes in a total of eight languages including English! New languages include:

Each multi-translated episode will go up two weeks after the initial broadcast on Mondays. And for all things Ultraman and Ultraman Trigger, stay tuned to Ultraman Connection!