WHO IS ULTRAMAN DYNA? 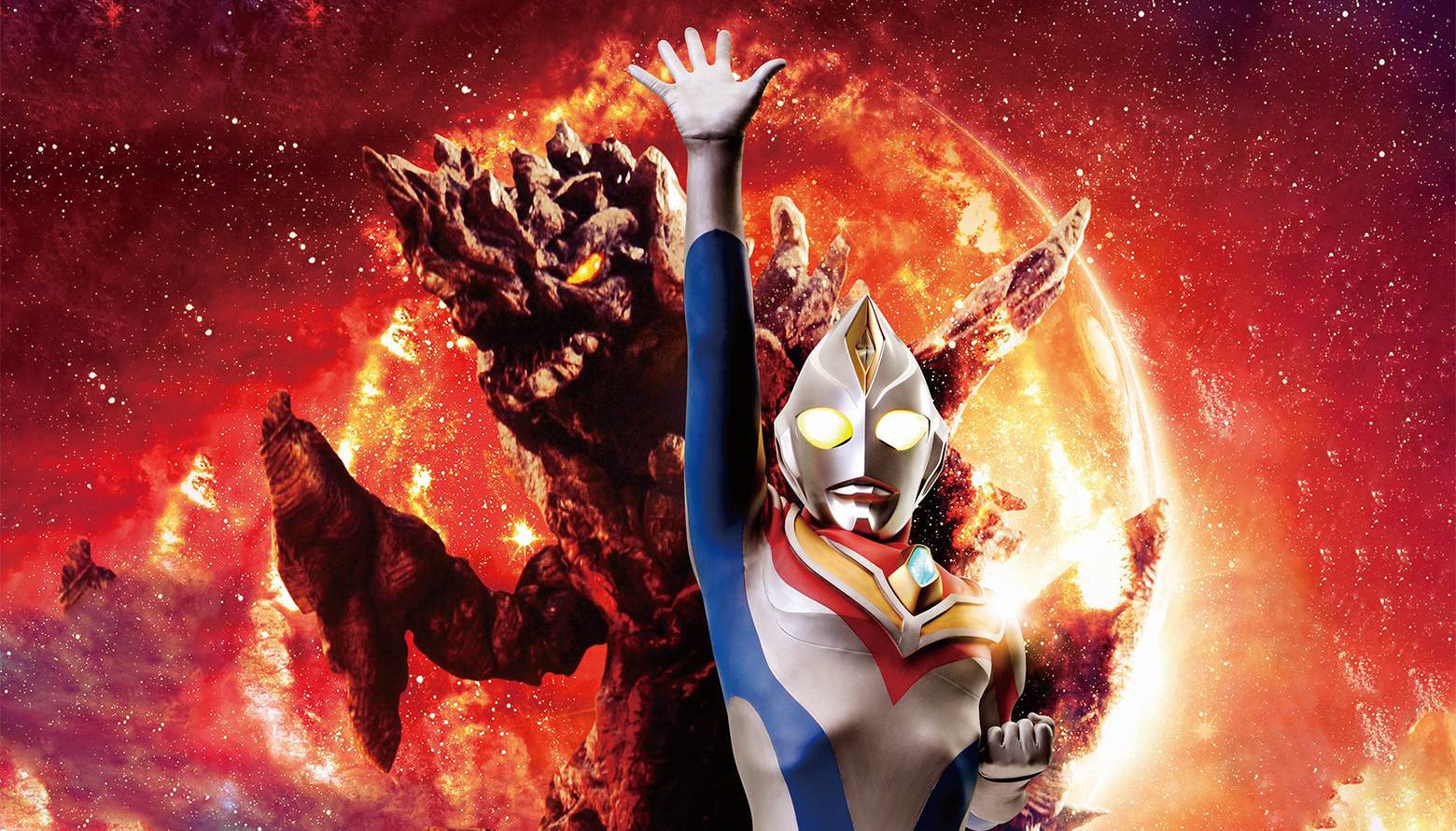 As the Ultraman series gains popularity in the West with new shows, like Ultraman Trigger: New Generation Tiga, there may be many new fans who aren’t familiar with every entry in the franchise. As more fans gain access to shows that have never made it across the ocean, one that has gained a great deal of attention is 1997’s Ultraman Dyna. Ultraman Connection is here to help shine a light on all 55+ years of the Ultra Series, and with both a Mill Creek Entertainment release of the series, and its25th anniversary in 2022, there is no better time to prime viewers on one of the most unique and enduring entries in the entirety of Ultraman’s history: Ultraman Dyna!

Dyna is the 13th entry in the Ultra series and acts as a direct sequel to the critically acclaimed Ultraman Tiga. That means Ultraman Dyna and Ultraman Tiga take place in the same dimension and Earth, a dimension referred to as “Neo Frontier Timeline.” It is the second entry in the fan favorite TDG trilogy (which stands for the Ultras of the respective shows, Tiga, Dyna, and Gaia) which served as a revival for the franchise after a break from the Showa era.

The show picks up seven years after the final episode of Ultraman Tiga, with the world having moved past the threat of aliens and giant monsters called Kaiju. The TPC (Terrestrial Peaceable Consortium) has expanded beyond Earth, creating bases in outer space and Mars. They also created a successor team to Ultraman Tiga’s GUTS, called Super GUTS (Super Global Unlimited Task Squad).

Trying to become a full-fledged member of Super GUTS is Training Squad ZERO member Shin Asuka. Asuka is a hot-headed and unorthodox young member with tremendous skill and talent as a pilot, and he earns a test run with Super GUTS, in the space over Mars. However, during the exercise, the entire team is attacked by hostile aliens, the Spheres. Asuka’s actions save his teammates, but he is forced to eject from his vehicle, falling unconscious after encountering a strange light…

Asuka wakes up at the TPC base later and is informed that he has earned his place among Super GUTS. As he gets ready to meet the rest of the team, he recalls strange dreams he had while sleeping, in which a Kaiju attacked Mars and he was enveloped by that same light…

After Super GUTS assembles for the first time, the team is dispatched to Mars to respond to a Kaiju threat, which turns out to be Darambia, the monster Asuka saw in his dream. Due to Asuka’s recklessness, he crashes his ship, injuring his co-pilot. Despite the dire nature of his situation, Asuka prioritizes protecting his allies, refusing to give up. Suddenly, a swirl of light envelops him, and he transforms into a new giant: Ultraman Dyna! Dyna uses his various attacks to blast the Kaiju to pieces, and after a tough battle, is eventually able to beat it with his Solgent Beam. Asuka, still learning the strengths and limitations of his own powers, decides to help defend humanity from a new wave of Kaiju with the power of Ultraman.

Like his predecessor, Dyna is able to use form changes to fight specialized enemies. Flash Type is his default form, a silver giant with red, gold, and blue streaks, Flash is a balanced state, analogous to Ultraman Tiga’s Multi Type. Miracle Type is his second form, a primarily blue state, reminiscent of Tiga’s Sky Type, and allows him enhanced speed along with several special attacks. Finally, Strong Type is primarily red, like Tiga’s Power Type, and allows him extreme strength and martial arts abilities, at the cost of utilizing most of his energy manipulation skills.

Curiously, Dyna’s form change ability, unlike Tiga, is far more limited. Dyna can only change his form twice in a battle, and Dyna has to be in Flash Type in order to change to Miracle or Strong, meaning that two of the three forms Dyna can access during a single battle are Flash.

Shin is not on his journey of discovery and heroism alone, and he keeps a close relationship with the rest of the Super GUTS team. Super GUTS consists of loud and warmhearted captain Gousuke Hibiki, his right-hand man Toshiyuki Kohda, short-tempered ace female pilot Ryo Yumimura, communications expert Mai Midorikawa, technician and researcher Tsutomu Nakajima, sharpshooter and archaeological expert Kouhei Kariya, and the small and friendly alien, Hanejiro. Super GUTS uses the multiple bases throughout the solar system, and a wide arsenal of combat spacecraft and weapons to help Ultraman Dyna as he battles many Kaiju throughout the series!

Dyna’s struggles against the Sphere were the main crux of his tenure defending Earth, but the giant stepped into his predecessor’s shoes admirably against threats not simply from above or below, but even within, with insidious foes like the manmade Ultra-turned-monster, Zelganoid, coming out of humanity’s reckless desires to be their own greatest protector, magnified through alien threats. Asuka managed to end the Sphere invasion after a final battle against their leading juggernaut, Gransphere, but at a terriblecost. Gransphere collapsed into a black hole, which flung Dyna through space into a nomadic existence. Shin Asuka has not been seen by his allies at Super GUTS since then…

Ultraman Dyna will be released by Mill Creek Productions on November 17th, 2021, and one day later, on November 18th,2021, fans will be able to watch Asuka’s original actor, Takeshi Tsuruno — and hopefully get some fateful questions finally answered—in Ultraman Connection Live Featuring Dyna & Gaia. To get tickets for that show, click here. And as always, for all things Ultraman and Ultraman Dyna, stay tuned to Ultraman Connection!