WHO IS ULTRAMAN GAIA? 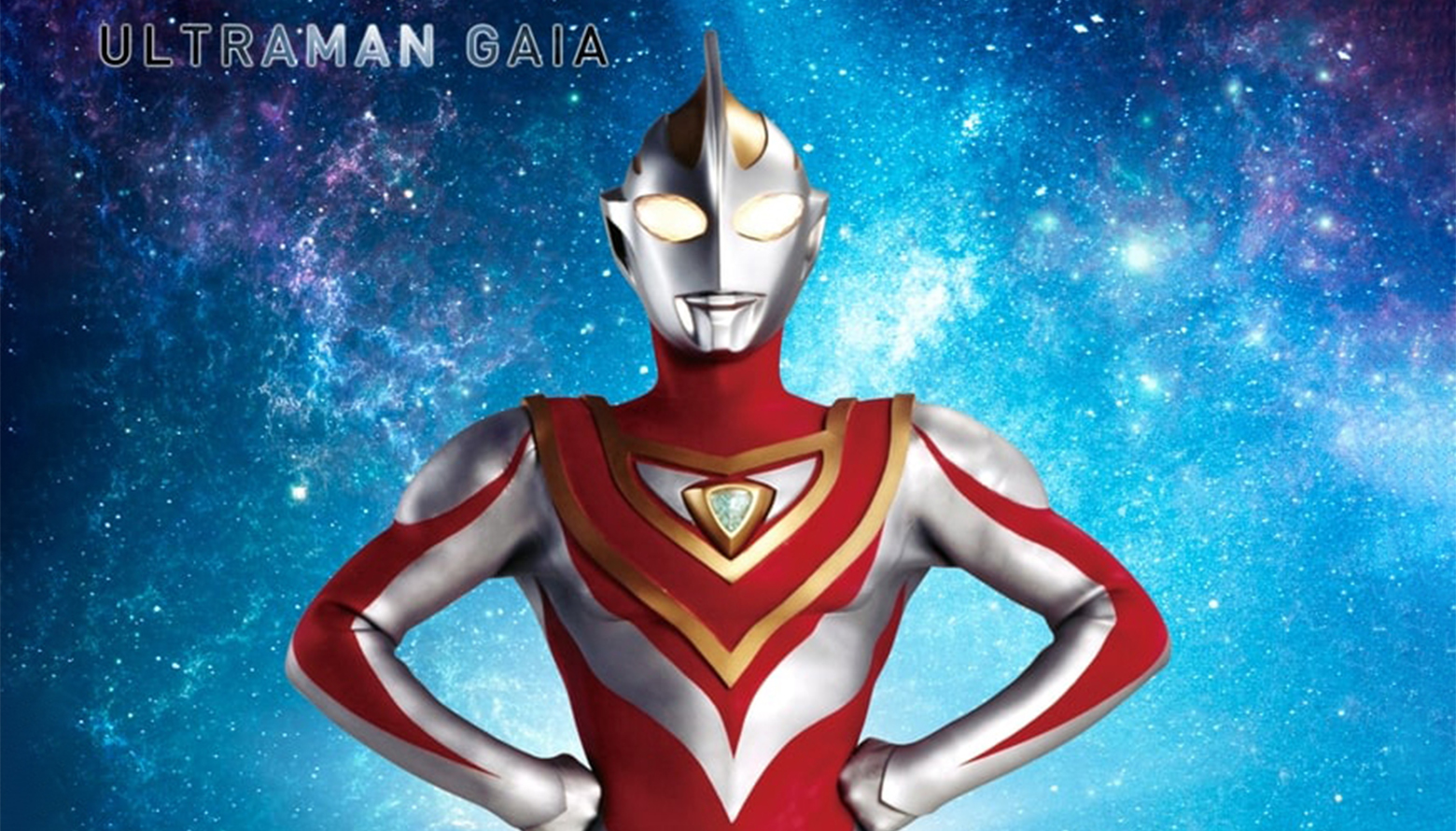 The Ultraman Gaia TV series first aired in 1998, and introduced us to Gamu Takayama, a 20-year-old child prodigy and inventor working as part of the think tank, Alchemy Stars, in the middle of his research to try to discover the will of the Earth. His experiment caused him to see a vision of a Giant of Light glowing with the warmth of the planet itself, fighting a Kaiju deep within the planet. However, he was pulled out of the vision when the machine running the experiment failed, and he left the laboratory with his friends.

Their disappointment turned to shock, however, when Gamu and his friends witness a Kaiju attack, as well as the failed attempt by XIG (eXpanded Interceptive Guardians) to defend the city from the monster using high-tech fighters designed by Gamu. As the battle grows hopeless, Gamu is pulled once more into communion with the giant, Gaia. He pleads with the titan for aid, and Gamu is bequeathed the light by the Earth itself, allowing him to transform for the first time into Ultraman Gaia. Eventually, he is able to defeat the Kaiju! With the light of Gaia within him, Gamu develops a piece of technology to allow him to call upon the giant’s power whenever he needs, the Esplendor.

After XIG’s improper use of his technology, Gamu insists on joining XIG as a technical advisor and is eventually accepted onto the defense team. As the series progresses, the team learns that they are combatting the efforts of a mysterious entity known as the Radical Destruction Bringer that has been prophesied to cause the end of the Earth. Helping Gamu protect the planet is the rest of XIG: Akio Ishimuro, chief commander of XIG, Seiichiro Tsutsumi,XIG’s field commander and “Chief,” Operators Atsuko Sasaki, Operation Crew Members Georgie Leland and Saika Ukai, and a wide variety of specialty teams.

Ultraman Gaia doesn’t feature only one Ultra, as the show also has a deuteragonist named Hiroya Fujimiya. Fujimiya, like Gamu, is a genius and former member of the Alchemy Stars. After developing the supercomputer known as Crisis to predict the most likely threats to Earth’s future and hearing that its answer is mankind, Fujimiya loses all faith in humans and travels down a dark path in order to save the planet. Like Gamu, his experiments lead him to discover a hidden power: the will of the ocean. This gives him the power to transform into Ultraman Agul using a device called the Agulater.

Unlike Gamu who fights to protect both humanity and the Earth, Fujimiya considers humans to be a blight, and fights only to protect the Earth without regard for casualties. His belief leads to conflict between him and Gamu, with Gaia and Agul trading blows more than once. Eventually, though, Hiroya learns that he has been manipulated by the Radical Destruction Bringer through his own creation, Crisis, and comes to work with Gamu to help him save both the people of Earth and the planet. Both Ultras ultimately team to stop the Radical Destruction Bringer’s onslaught.

The team-up between the two titans is highly necessary, as the Radical Destruction Bringer has a seemingly endless array of monsters and aliens serving them in their mission to cull humanity. Mightiest of these forces is the seemingly angelic Zog, their trusted lieutenant. Though Zog’s facade is stunning, once her true nature is revealed, she transforms into an enormous, truly devilish monster. It takes everything the Ultras have to defeat her, and only just. However, it is enough to make the Radical Destruction Bringer think twice about destroying the world, and they end their grand campaign. However, there is still need for Ultras, as humanity continues to grow and develop…

If you want to catch up with Ultraman Gaia, a full Mill Creek Entertainment DVD box set has already been announced for release on December7th, 2021, and you can catch the live event with the cast of Ultraman Dyna and Ultraman Gaia on November 18th, 2021, right here at Ultraman Connection! And of course, for all things Ultraman, stay tuned to Ultraman Connection.